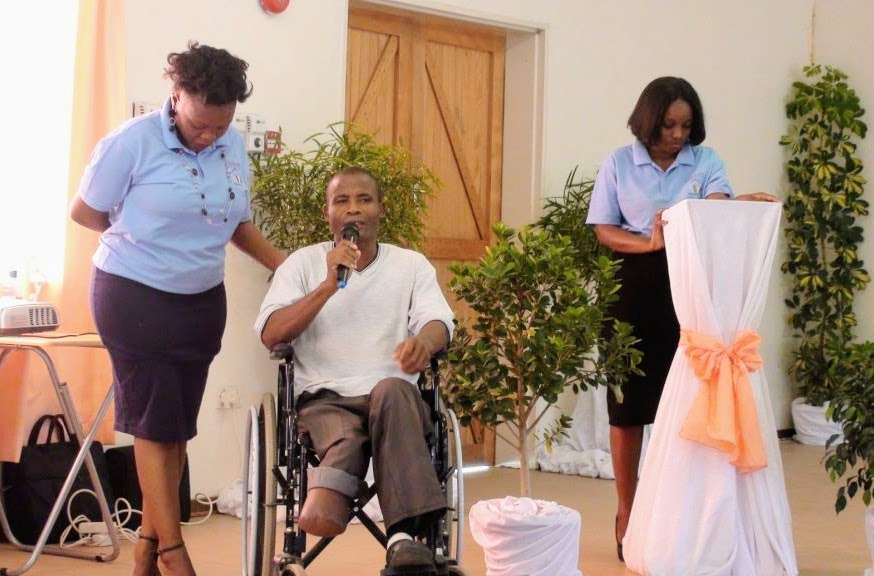 SCNs at Pabalelong Hospice, Botswana, along with their staff, organized an event to commemorate the World Hospice and Palliative Care Day. This is an annual event where the Sisters invite all their local donors and collaborators of their ministry to the sick and express their appreciation and gratitude. There were about 100 people who were invited to participate in the event who had supported their ministry during the year 2017-18, either sponsoring the salary of a staff, or donating in cash and kind or volunteering their services.

The Chief Guest of the event was his Excellency Dr. Rajesh Ranjan, the High Commissioner of India to Botswana. In his speech, the Dr. Rajesh Ranjan commented the work that is done at Pabalelong hospice. He said that as a palliative care facility the goal of intervention is not rehabilitative but facilitative. He commented on the amazing work the Sisters are doing and said that it is a symbol of pure love of God. He also said that it is fitting that we also celebrate the strong-willed men and women battling any disease, with a smile and winning with God. They are the real heroes.

The Hospice staff staged a small skit, directed by Nalini Meachariyil, depicting the need for accepting and surrendering the loss of death and bereavement of our dear ones to God. The skit stressed that sickness, death, and bereavement are a natural process that every human being has to face. The staff also presented the Theme Song. Sister Sunila Erumangalathu gave a brief annual report. The two testimonies from a patient and a relative who had been admitted to the hospice for terminal and respite care was very touching and affirmative of the love and care they received at the Hospice from the Sisters and the staff.

At this event, the Sisters awarded the best staff of the Hospice. They also gave Certificate of Appreciation to all their donors and collaborators. A good number of invitees participated in the event and appreciated the service of the Sisters.