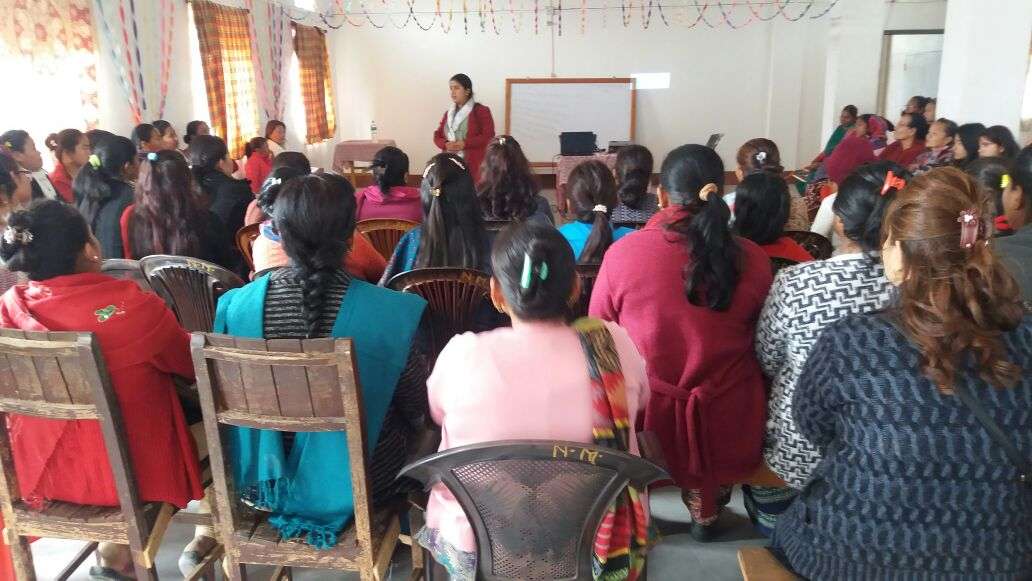 As a preparation for International Women’s day and in tune with our Province strategic plan, Women of Dharan entered into a discussion on Political Participation of Women. The women leaders from the 60 Self Help Groups gathered at Navjyoti Centre, Dharan, to address the different needs of women, especially the underprivileged groups.

Under the leadership of Ms.Manju Bhandari, the deputy r Mayor of Dharan, over sixty participants were made aware of their right to full participation in Community and Political life of the country. The women were encouraged to ask questions about issues affecting their lives. 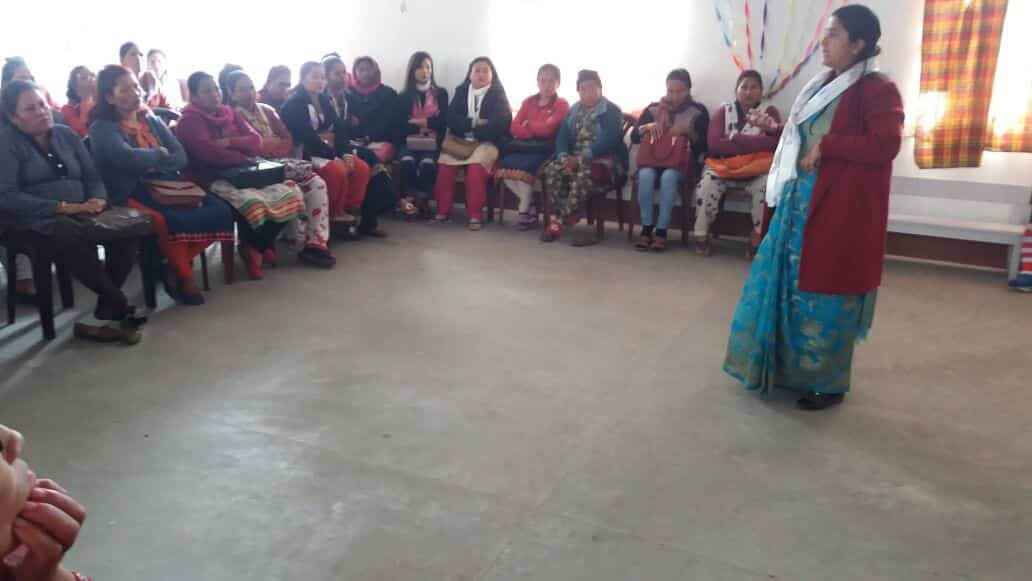 Ms. Bhandari explained the new Federal system of government in Nepal, the formation of Constituent Assembly, the council of ministers, the division of the country in 7 Provinces, and t the division of Provinces into a number of Districts based on the population.

She emphasized those certain positions in the government are fixed for women to be in the leadership role and to claim political space, citing the example of the president Vidhya Bhandari now occupying the position on of president, and the Speaker Ansari Gotri. In the provinces of positions are shared by men and women. If the mayor of the Municipality is a man, the deputy has to be a woman; it is followed down to the local unit of ward and village development committees. At the lower level there is provision /quota system for women, and very especially for Dalit women.

Other issues discussed were: violence against women (including forced abortion, domestic violence such as wife beating, desertion and second marriage etc)

She encouraged the participants to visit the municipality office, come to know about programs and schemes are available to women and learn the processes of availing these schemes. She said there is a budget allocation for tailoring, weaving, knitting, and other skills training.

Other issues discussed were on obtaining citizenship documents for children, based on mother‘s citizenship in case o separation of parents, the death of the father.

She emphasized the need for all marriages to be registered, registration of birth, death, as they are proof so that women can claim their rights in case they run into problems such as domestic violence, desertion, refusal to pay for maintenance etc.

Women were also made aware of the legal action that can be taken incase of marriage of children before 16 years of age.

Mss. Bhandari encouraged he women to participate fully in political processes, to be empowered to take responsible positions in the government. She said that nothing s impossible to women if they are willing to work hard and build up interest in national affairs. She challenged them to pick up skills, enter into income generation activities, and become self reliant instead of waiting or the money that comes from their husbands working aboard. Sr.