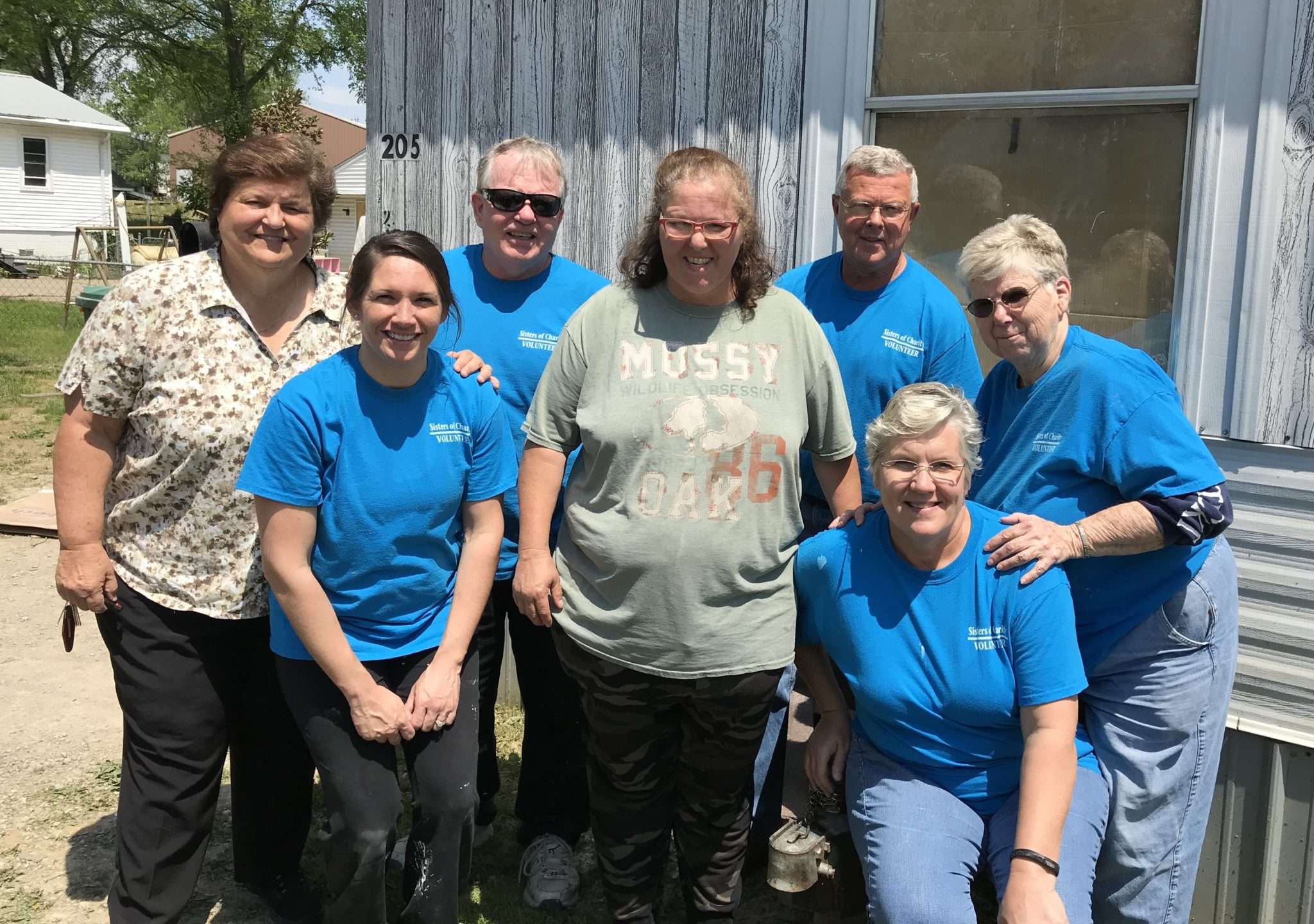 The SCN Disaster Relief Team has been working in West Point, Kentucky, over the past several weeks. This group of gracious volunteers, led by Amy Ulrich, finished a trailer that was flooded by the Salt Fork and Ohio Rivers in early March. They replaced wallboard and some flooring as well as painted the interior. Carpet and linoleum will be installed and funded by donations from the local school. Debbie, the homeowner, is so thankful.

The volunteers also replaced drywall in an entire home just a few blocks away. One more house is slated for their assistance in this very poverty-stricken area outside of Shively, Kentucky.