Volunteers working in Belize, an update from the team 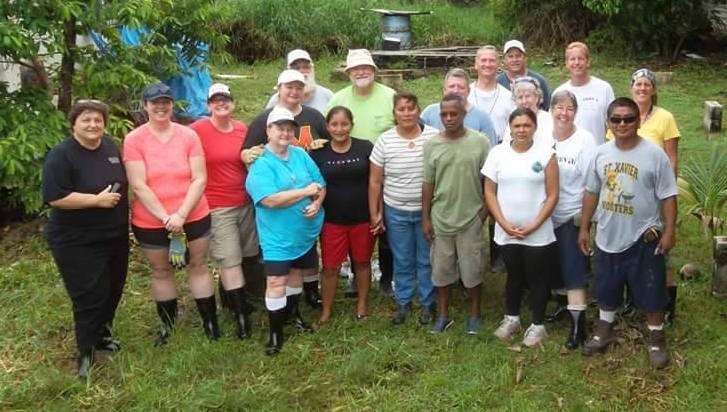 Today was a long day for the Mission Team. This morning the Mission Team went to the Hand and Hand Outreach Center and helped with clean up from the flood. The team assisted with sweeping out the water that remained after the flood waters subsided. While at the Outreach Center the team learned that Hand and Hand Ministries visited a couple of the different properties and found that many still had flowing water on them. Finally they found one in Ladyville that had not been affected as bad due to the flood. 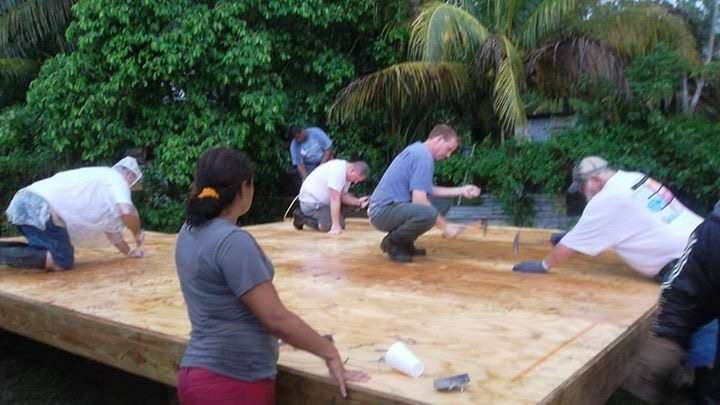 The recipient of the St. John’s Bill Schaefer House is Ms. Rosa (pictured above in the dark shirt and red shorts). Ms. Rosa is a 32 year old seamstress from Ladyville, which is north of Belize City. Rosa has four children (one son and three daughters) ranging in ages from one to 15. She is also six months pregnant. Ms. Rosa is currently living with her mother. The house that we are building for Rosa will be built next to her mom’s house.

An interesting note about Ms. Rosa’s situation is that she wasn’t the candidate that we were originally slated to build for. She didn’t expect for her home to be built until next year some time. However, due to the extreme flooding most sites in the Belize City area were still under water today. She found out at 10 a.m. that her house was going to be built this week. Her emotions were overwhelming. She was full of joy and was continuously thanking God.