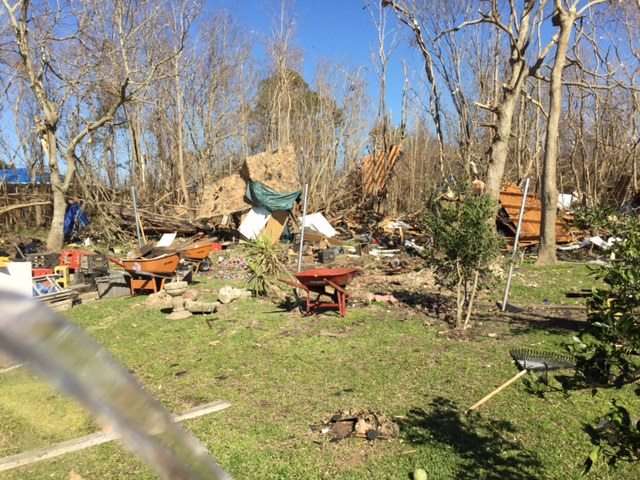 Eight members of the SCN Lay Volunteer Ministry traveled from Nazareth to New Orleans in February to spend three days helping to restore a home that had been devastated by Hurricane Katrina 12 years ago. Together with two workers from the St. Bernard Project they began the day merrily painting, making repairs, and preparing for the homecoming of the owner.

By mid-morning the sky grew dark; some rain fell and moderate wind. When the very loud weather storm alert sounded on cell phones, we were told to gather in the hallway, away from windows as a tornado was about to strike. In a mixture of emotions, we talked, waited, and then decided to eat our lunches. Many calls came in asking if we were ok. Thanks be to god, we were fine. After approximately 30 minutes, the all-clear was announced and we resumed our tasks, but not for long. Again the alarm sounded as we learned that the tornado had turned back and was headed in our direction. Again we huddled in the hallway. We checked for reports on the internet and our coordinator said we were about four miles from the path of the tornado. Finally the all clear was given and we had lots to talk about as we continued working.

We later learned that four tornadoes struck parts of southeastern Louisiana with winds up to 165 mph. They tore through New Orleans East, home to the Katrina-devastated 9th Ward. This area suffered the greatest damage when winds swept through, destroying homes and businesses, flipping cars and trucks and leaving thousands without power. About 300 properties were damaged over the tornado’s path of up to 2.5 miles. Thousands were without power. Although dozens were injured, amazingly, no deaths were reported.

At the end of our work week, half our team of eight needed to return to Kentucky, the other half were willing and able to stay an extra day to help in tornado cleanup. 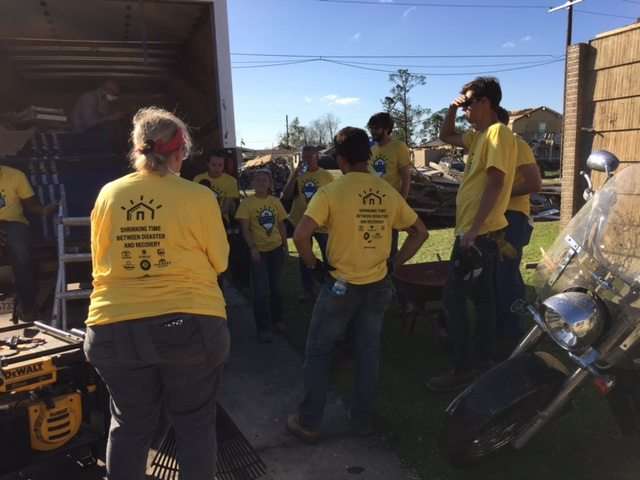 On Friday, Feb. 10, Sister Monica Gundler, SC, and director of the House of Charity where we were staying, packed rakes, broom, wheelbarrow, water and the four of us into her vehicle. At every possible entry to the affected area we were stopped by the Army (?National Guard?) and needed to prove our identity and intentions for wanting to enter the restricted area. We arrived at a designated address and were joined by other volunteers and personnel of the St. Bernard Project. Once we donned the bright yellow t-shirt we were instructed in safety issues and given assignments. We could only help those homeowners who were at home and who had signed a waiver before we could start working. We were so intent on helping that we took very few photos. Most of us did not have words to describe what we were seeing and that, coupled with meeting those affected was a very sobering experience. We did whatever we could by carrying rubble to the curbside, raking yards, consoling family members… We were honored to be invited into the lives of these brave and resilient persons. We were inspired by their spirit of digging in and continuing to live, of helping their neighbor, of patiently dealing with the red tape of gaining help.

One especially light-hearted moment occurred when a man came out to our work crew with a package of Oreo Cookies and passed it around. Between a sign of normalcy and an act of kindness we grew strength to continue working.

Often we take our lives for granted. This experience had each of us being grateful for family, friends, home, and possessions … simple ones like water and flush toilets