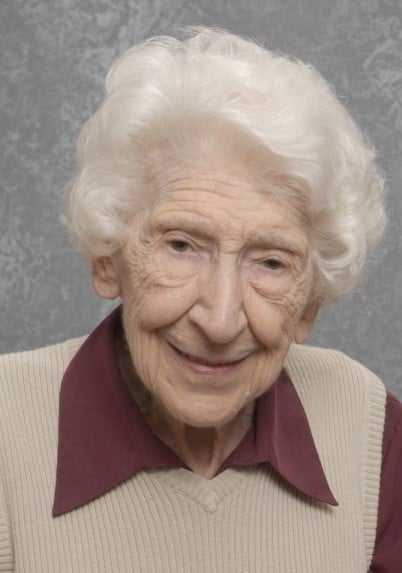 Vivian Mary Sabelhaus, SCN, 96, (formerly Georgia Lee) was born in Tell City, IN. She died June 1, 2020, in Nazareth, KY. She was a professed Sister of Charity of Nazareth for 70 years.

Sister Vivian Mary served in elementary education. She taught fifth and sixth grades at St. Cecilia in Louisville; Sacred Hearth in Richmond, VA; St. Mary of the Woods in Whitesville, KY; and St. Barnabas in Louisville. From 1965-1971 she served at St. Monica in Bardstown as a social worker and teacher. She also taught at Our Lady of Lourdes in Owensboro; St. Joseph in Bowling Green; and St. Joseph in Bardstown.

Sister Vivian Mary served in healthcare ministries at St. Joseph in Lexington as pastoral associate and at Sts. Mary and Elizabeth in Louisville as sacristan.

From 1984-1989 Sister Vivian Mary served her SCN Community as the Community Service Coordinator at Nazareth Home. For many years she volunteered at the SCN Media Center and Motherhouse Library.