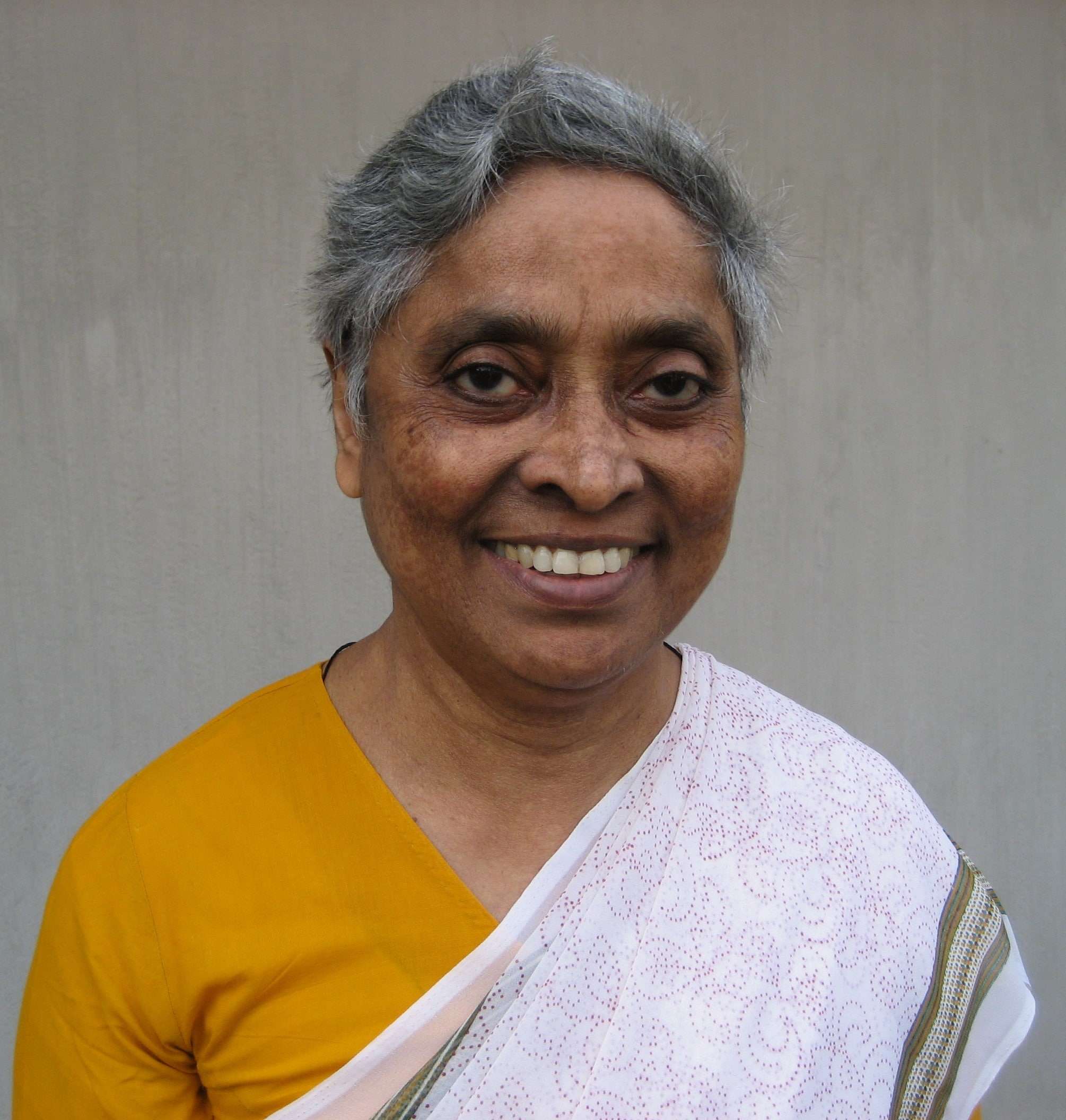 Sister Teresa Velloothara (83), (formerly Sister Thomas Aloysius) a native of Alleppey, Kerala, passed away at Nazareth Hospital, Mokama on February 23, 2020, after a prolonged age-related illness. She was a Professed Sister of Charity of Nazareth for 60 years. Sister Teresa joined the SCN Congregation on July 9, 1955. She made her First Vows on December 8, 1959, and Final Vows on December 21, 1964. She was one of the Indian pioneers.

Sister Teresa completed her General Nursing training at Nazareth Hospital. In 1960, she obtained a diploma in X-Ray Technology from Mercy Hospital, Jamshedpur. After completing the one-year pre-university studies at Ram Ratan Singh College, Mokama in 1969, she pursued the Post Basic degree in Nursing at Christian Medical College, Vellore in Tamil Nadu. She graduated from this prestigious institution in 1971.

About forty years Sister served the people of Mokama in the healing ministry through Nazareth Hospital. From 1955 to 1979 she offered her dedicated service as a nurse, supervisor of several wards, director of Nursing Service and as an X-Ray technician.

Sister Teresa was the administrator of the Community Health Centre in Bakhtiarpur, a ten-bed rural hospital from 1979 to 1981. She got the weekly services of doctors from Patna to give quality care to the patients.

She served in the social ministry in Sokho, a Santhal Tribal area from 1982 to 1984. She helped with an irrigation project for the people and conducted night classes in the villages with kerosene lanterns. She spent more time in prayer and depended on God for protection and safety while living among the people. She spent a few months in Jamtara mission attending to the health needs of the Catholics who came for Sunday Mass in 1985.

From 1985 to 1995 she resumed her services at Nazareth Hospital as supervisor of the X-Ray department and other departments, as needed. She took classes for the student nurses and staff nurses who were doing an internship.

She ministered in the spiritual care department of Nazareth Hospital from 1995 to 2001. It was one of her cherished dreams to spend time with the suffering people though, at times, she found it very painful to listen to the cry of the poor. She also ministered to the drug-addicts, criminals, atheists, alcoholics, the mentally-deranged and the down-trodden who came to the department. She spoke of the compassion and mercy of our God to bring healing into their lives. She felt privileged to pray with the people of different faiths and religions.

After forty-five years in various ministries, Sister Teresa retired from active ministry in 2001 due to poor health. She suffered from arthritis, glaucoma and shrinking of brain cells. Though retired Sister Teresa’s quench for service never diminished. She went to the Almora mission in 2002 for a few months and visited the people in the area.

One among the four Indian pioneers Sister Teresa celebrated her Golden jubilee in December 2009 and Diamond Jubilee in October 2019.

In 1981 she had the opportunity to take short courses in counseling and spirituality, a few months of village experience and spent time in Zen retreat, learned yoga and Indian spirituality which she thoroughly enjoyed.

Sister Teresa had a very beautiful smile which attracted people to her. Though wheelchair-bound and totally bed-ridden for a number of years, Sister Teresa read and was up-to-date with what was happening in the SCN family and the world around. With much interest, she listened to the Sisters and persons who visited her. She had an incredible memory. She knew most of the family members of the Sisters by name. When people visited her she always shared with them what she had. While being bedridden she directed others to make healthy drinks and distributed it to persons who needed it.

On February 20 when I went to say goodbye to Sister Teresa she looked serene and happy. Her final words were, “if I don’t see you again, we will meet in heaven.” How true! Sister Teresa knew her days were counted and our Creator God was guiding her to pass on to eternity. She was ready to meet her God with love and gratitude.

Sister Teresa is survived by her brother, George and sister, Molly, nieces, nephews and their extended families, and her religious Sisters.

The funeral Mass will be celebrated by Most Rev. William D’Souza, SJ, Archbishop of Patna in the Convent chapel, Mokama at 3.30 pm on February 25th and the burial will take place at the cemetery adjacent to the Shrine of Our Lady of Divine Grace.

Till the end Sister Teresa was conscious and was concerned about the Sisters and the care-givers. She passed away very peacefully in the presence of her loving Sisters and caregivers. As we bid a tearful farewell to you, Sister Teresa, we will miss your physical presence among us. We believe that you will continue to intercede for us from above and yes, we will meet you again in heaven!

A Song of My Life

My whole being is overflowing with gratitude
And love for God, who has chosen me and called me by name,
Before the foundation of the world,
Knit me together in my mother’s womb
And journeyed with me all through the perils, attractions of this world
Led me to the SCN Congregation
By snatching me from all those who pursued me
Owning me, as ‘God’s own chosen one’.

I thank my God for the gift of openness, wisdom and discernment
Especially in the testing times of faith,
Which guided me in day-to-day actions,
Resulting in deep peace and fruitfulness in religious life.
With a grateful heart, I thank the Almighty
For the Spirit’s unconditional, unfailing love,
The gift of awareness and a reconciling spirit
Which gives me deep inner joy, in spite of my sinfulness and failures.

My soul bursts forth in thanksgiving for God’s faithfulness and promises
For God’s constant presence and companionship
With Jesus and the Spirit of God, for the protection
And intercessions of Mother Mary, the Angels and Saints.

I continue to thank the Creator Spirit
For all that God has done in and through me during the past years.