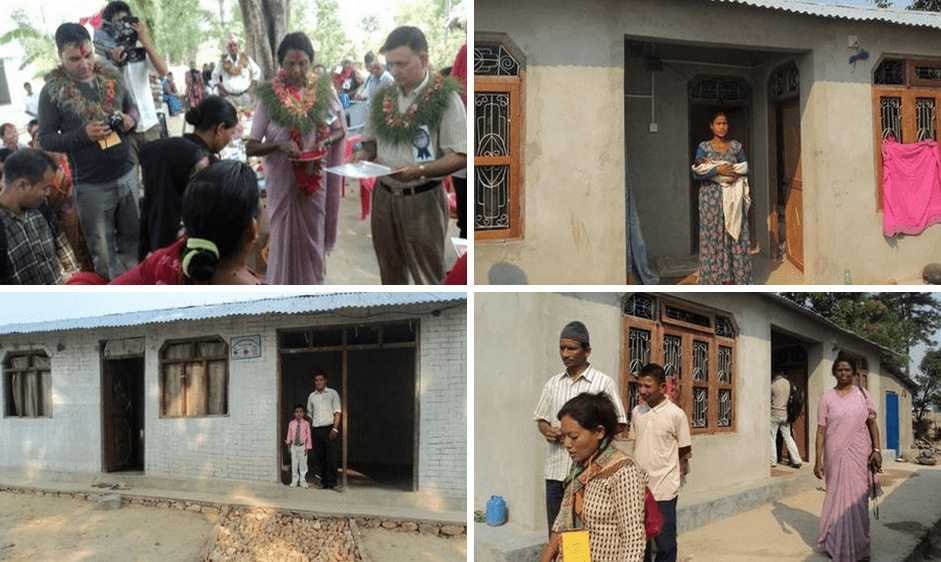 In August 2014, heavy rains flooded the western region of Nepal and the District of Surkhet where the Sisters of Charity of Nazareth are in ministry with a school, a mobile medical unit, and women’s empowerment groups. In the district 1,581 households were left homeless after the flood.

Of the 42 temporary camps across Surkhet District, 15 camps still remain today. The Sisters at Navjyoti Center were successful in building 49 houses throughout the valley, exceeding the target of 45 homes with 3 rooms, verandah, toilet, and a tin roof. On June 9, 2015, these houses were handed over to families during a formal ceremony in Parseni Village. It was presided by Sister Rosita Kavilpurayidathil, SCN.

One of the beneficiaries, a mother with a 10-month-old child was very happy and according to her, life in a plastic tent had caused much suffering. She never expected to live in a house that could bring such great relief from the sun and rain.

Navjyoti Center provided most of the materials, technical assistance, and supervised the construction through local communities. This flood relief project has been a great success according to Sister Rosita.