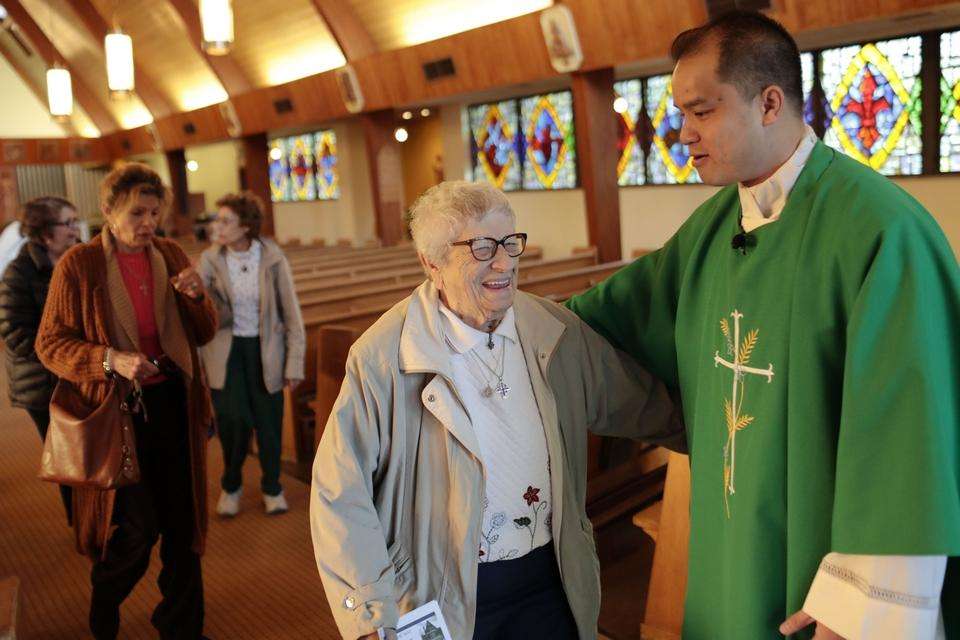 Sister Wilma Ross, who has faithfully served St. Ladislas Catholic Church and the South Side of Columbus for five decades, will retire at the end of the year.

If Jesus came to Columbus, the Rev. Vince Nguyen thinks he might walk in the footsteps of Sister Wilma Ross.

Ross, 84, has served the South Side for 50 years, from teaching children at the former St. Ladislas School to working in home health care and nursing and ministering to the ill and homebound, which she’s been doing for the past 18 years.

“She brings a lot of hope to the South End,” said Nguyen, priest at Corpus Christi and St. Ladislas Catholic churches, where Ross serves as a pastoral associate. “In the midst of all (that goes on in the community), she continues to emit that joy because she has Christ as the center of her life.” 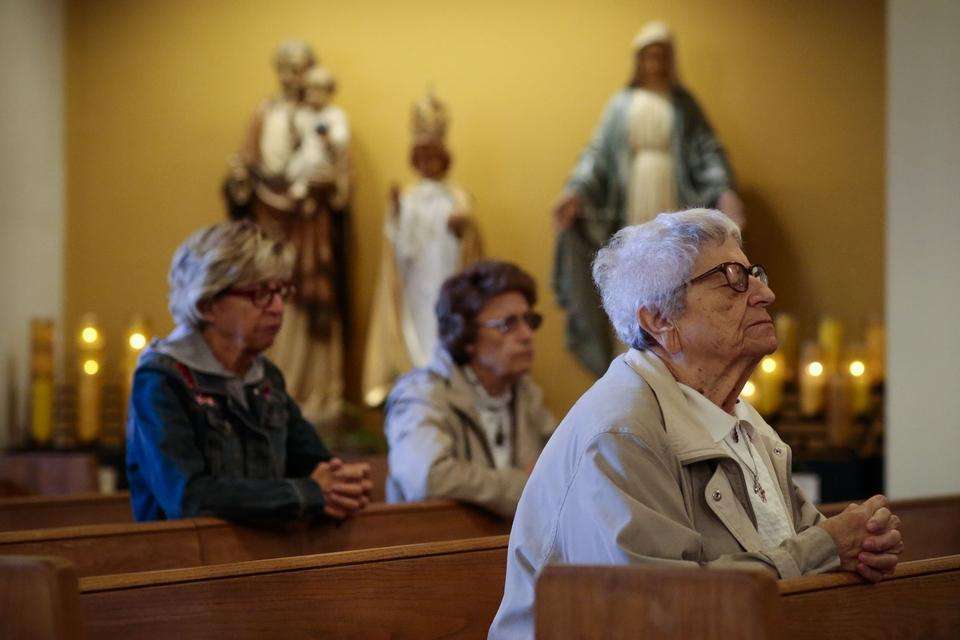 Ross, who has been a nun for 54 years, is retiring at the end of the year. One of the first things she plans to do is visit her family in her hometown of Dennison, a village about 110 miles east of Columbus in Tuscarawas County. She then plans to visit friends in Columbus before maybe moving back to her congregation’s mother house in Kentucky.

Until then, Ross said she’ll continue serving the South Side.

On Monday, she walked across the street from St. Ladislas to a home where 45-year-old Nicole Jones lives with three other people.

Jones had just gotten out of the hospital after seven surgeries in six weeks, and Ross dropped by to administer communion.

The two enjoyed a joyful reunion, exchanging hugs and “I love yous.” 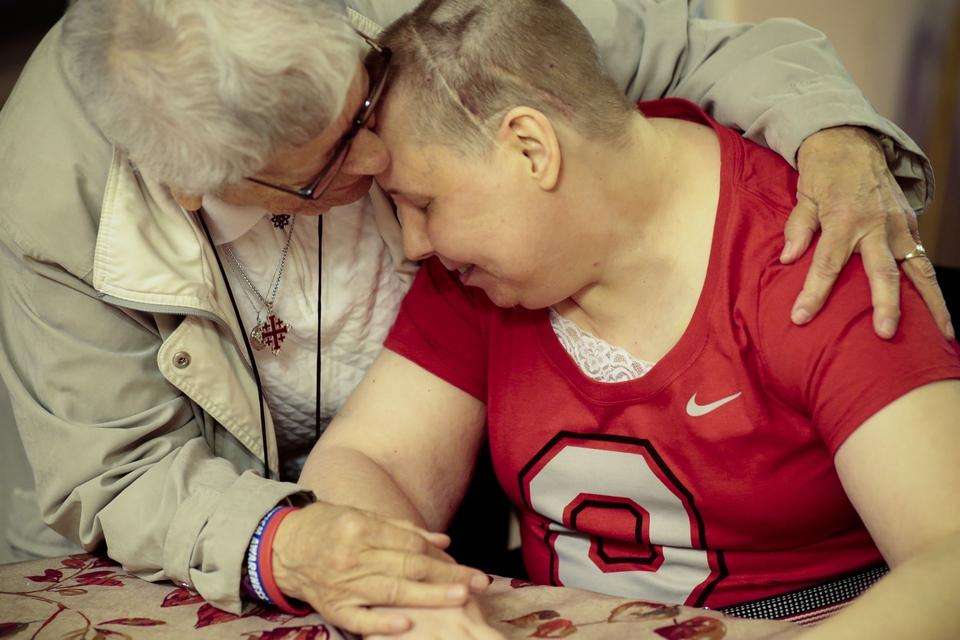 “It’s a special thing you do, and you just know God is right there with you all the time,” Ross said of visiting the ill. “You need the love of God and you know you have it.”

The two women are hoping to learn to minister in the same way as Ross.

“It’s going to be a very difficult separation,” said Martin, 67, who grew up attending St. Ladislas and now lives in Canal Winchester and commutes to the parish. “It’s bittersweet. For her, for all of us.”

Ross is reluctant to leave her home of so many years in the convent on St. Ladislas’ grounds.

“I love my family, my community and my Catholic church,” Ross said.

She reminisced about the nine different priests she has served under; the car a parishioner gave her that she now uses to see that same woman and other parishioners in their homes, nursing homes and the hospital; and how the South Side has changed.

Ross said the South Side is plagued by drugs, despite the church’s efforts.

Through it all, Ross said she looks back with humor and happiness on the circumstances that brought her to Columbus in the first place.

A newly minted nun from the Sisters of Charity of Nazareth mother house in Nazareth, Kentucky, Ross was assigned to serve in Louisville. But she never made it because of a last-minute swap with another sister — a “very happy” mistake, she said, that brought her to central Ohio.

“Was that in the plan of God or what?” Ross asked, smiling.

Ross didn’t know she wanted to be a nun right away. After high school, she worked in a clay plant in Dennison. She worked there until the age of 24, when her young niece asked her an eye-opening question.

“My niece said, ‘What are you going to do with your life?’” Ross said. “The plant, that was my life. I started thinking. I guess God planted (the answer).”

She took her first vows in 1961 and arrived at St. Ladislas, her first assignment, in 1964. She has never doubted her choice or looked back.

As for retirement, that’s “just another tap on the shoulder from the spirit,” she said. 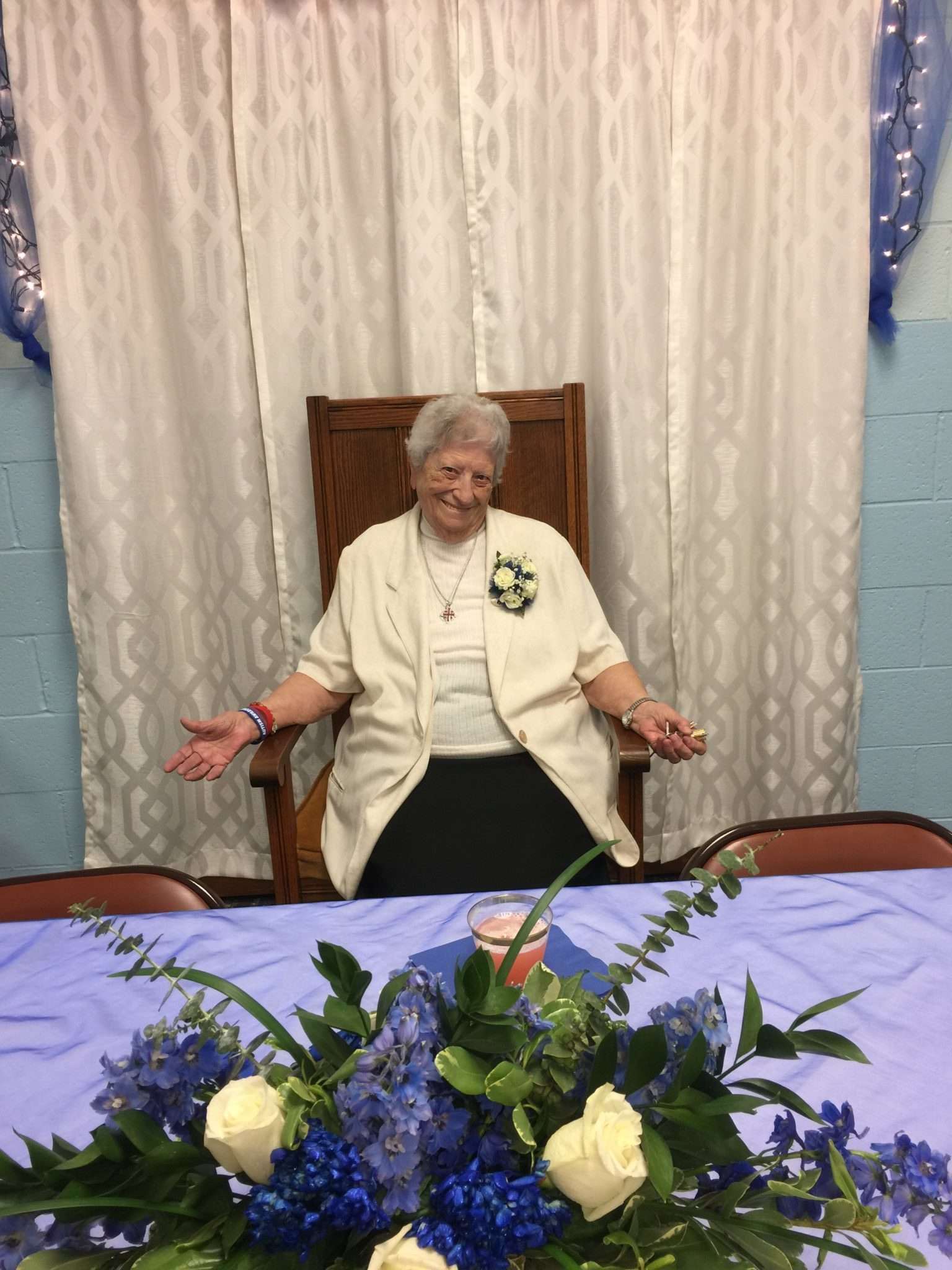