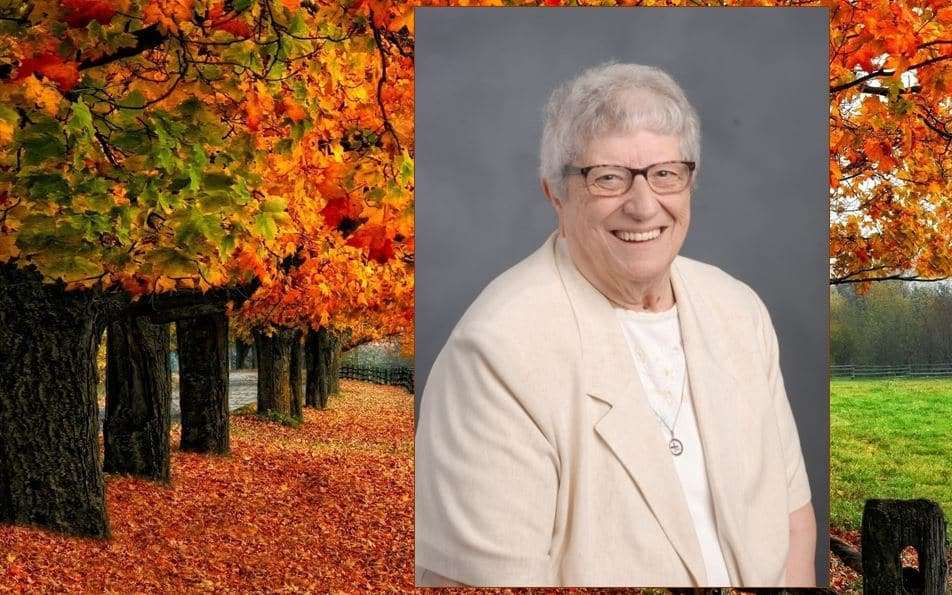 I was born in a small town in Ohio called Dennison, on September 13, 1934. My parents were Mike and Maggie (Toth) Ross. I was their second child. My elder sister, Mary Jo, was born four years earlier in 1930. My brother Ronnie, the only boy, was born in 1937, and my baby sister, Vicki, who spent two years here at Nazareth College, was born in 1948.

We grew up poor, much like the other families that lived on the south side. We had no car and, therefore, had to walk to get what we needed. Luckily, there was a grocery store on the corner of our street, Bank Street. We survived. 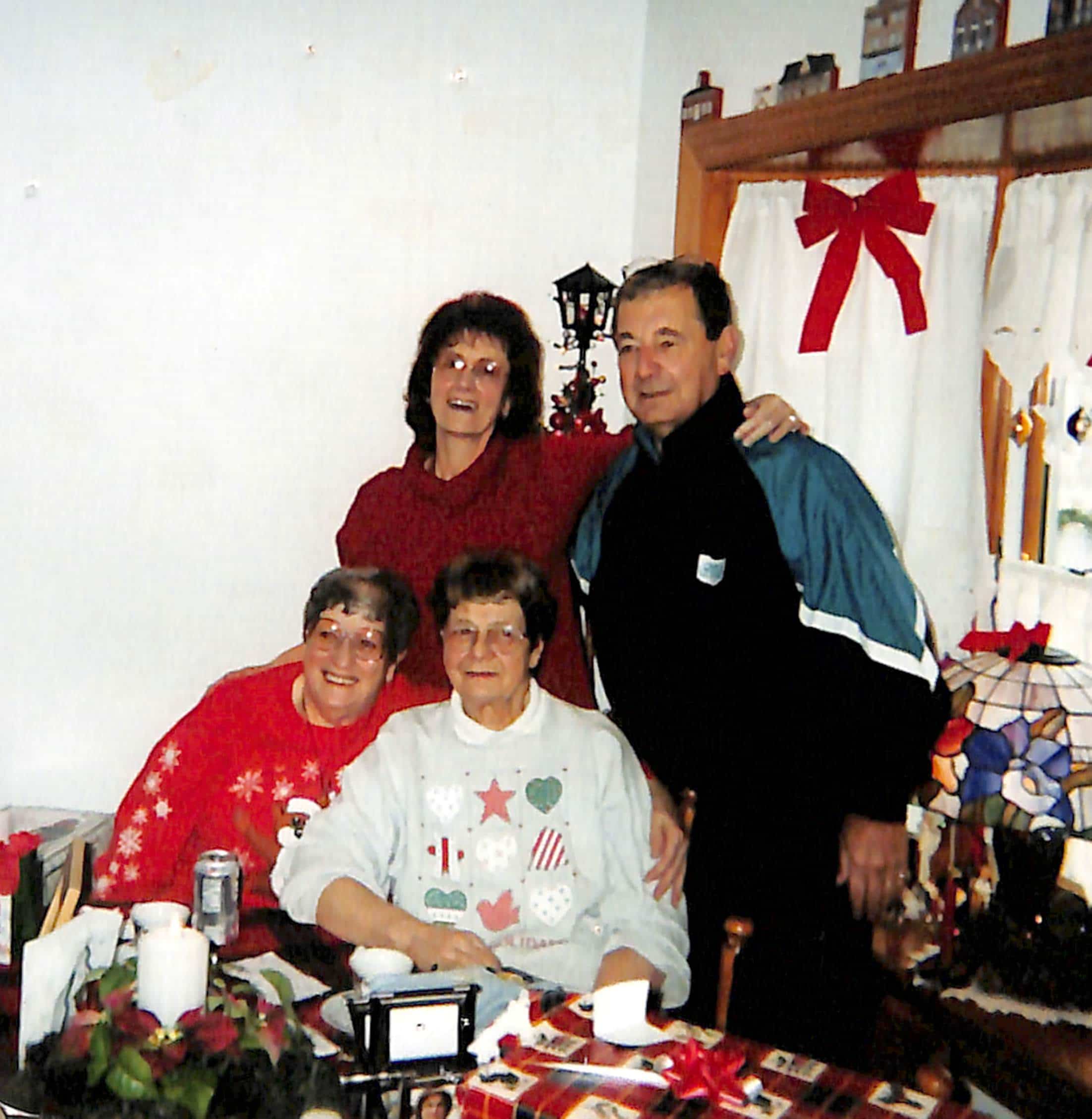 We attended Immaculate Conception Parish, or St. Mary’s, in Dennison where I attended school from grades one through twelve. I had the great pleasure of being taught by our very own Sisters, the Sisters of Charity of Nazareth, Kentucky. The teachers were so special to me, and some, like Sister Walter Ann Kane, Sister Frances Jeanne Naughton, Sister Joseph Theresa Murphy, Sister Joseph Inez Head, and Sister Eugenia Muething had an extra special impact.

People have often asked me when I knew the Lord was calling me to this sacred life. My call happened much later than most. I had already graduated high school and was working a factory job in a neighboring town. The call came, I guess as it usually does, through another person, my little niece, Roseann, my sister Mary Jo’s eldest child. She asked me, “Aunt Wilma, what do you plan on doing with your life?” That simple question from that little child started the wheels of motion towards my eventual entrance into the Sisters of Charity at the age of twenty-four. My family and friends were very supportive. I am sure they wondered how I was going to make it and I’m also sure that thought passed my mind a time or two. I was always talking, joking, smiling, having fun.

Naturally, due to the early influence of the SCN community on my life, I picked this order to join. They taught me from age six to age eighteen, and because of the profound respect I had for them and the SCN order, I knew I wanted to be with them to continue my faith formation.

My novitiate was different… so much silence and praying, limited showers, early bed times, and even earlier wake-up times. We lived in dorms and we got used to this new, somewhat austere way of life. Personalities then, as now, varied, but such is true about any group of persons living and growing together.

I remember being a postulant with Sister Mora Rose Marks, then a novice with Sister Lucille Russell, until she became Mother General. Mother Lucille’s place was then taken by Sister Constance Mueller.

My first mission was to a parish in Louisville but before that came into fruition, Sister Mary Rosine Callahan called me in privately and told me I was being sent to Columbus, OH, to the parish and school of St. Ladislas. There was a Sister there who needed to be in Louisville. Naturally, I was thrilled as Columbus was only a few short hours from my family home in Dennison. St. Ladislas, just like my home in Dennison, was on the south side, and a poor neighborhood. Quite the coincidence or maybe quite the hand of God.

My time at St. Ladislas was such a wonderfully special time, and not just for me, but for my family as well as the convent became their second home. It became a place of retreat and peace for them and so many others. I lived with the SCN community, and we truly had a great community. Originally, there were seven of us, some of whom I am living with today here at Nazareth – Sister Martha Clan and Sister Maggie Cooper. Life does come full circle!

We all taught at the parish school and made many friends. We visited the Franciscans who taught nearby. We often exchanged memories of our times in our communities. I taught grades six, seven, and eight and loved them all. I still hear from many of my former students. At my retirement party last November, several of my former students even showed up to the party in their Catholic school uniforms!

As a Sister, I relied, as I continue to do today, on the prayers of the whole community. We did what we were told to do and put it all in the Hands of God. My family tells me frequently that it has been my faith and my godly example that has kept the family going. Those prayers of the community have benefitted so many!

St. Ladislas was my only mission. I was there from 1961 to 2018. I love that parish and the people there dearly… need I say more, fifty-eight years in the same place! 295 Reeb Avenue, or the SCN Convent of St. Ladislas, may be just a building to many. But to me, my family, my close friends, and those despairing souls that still live on the south side, it was, and is a place where Jesus comes to life with His mission to love and serve. It was my great pleasure to serve the Lord there and now, here. I go where the Lord sends me. 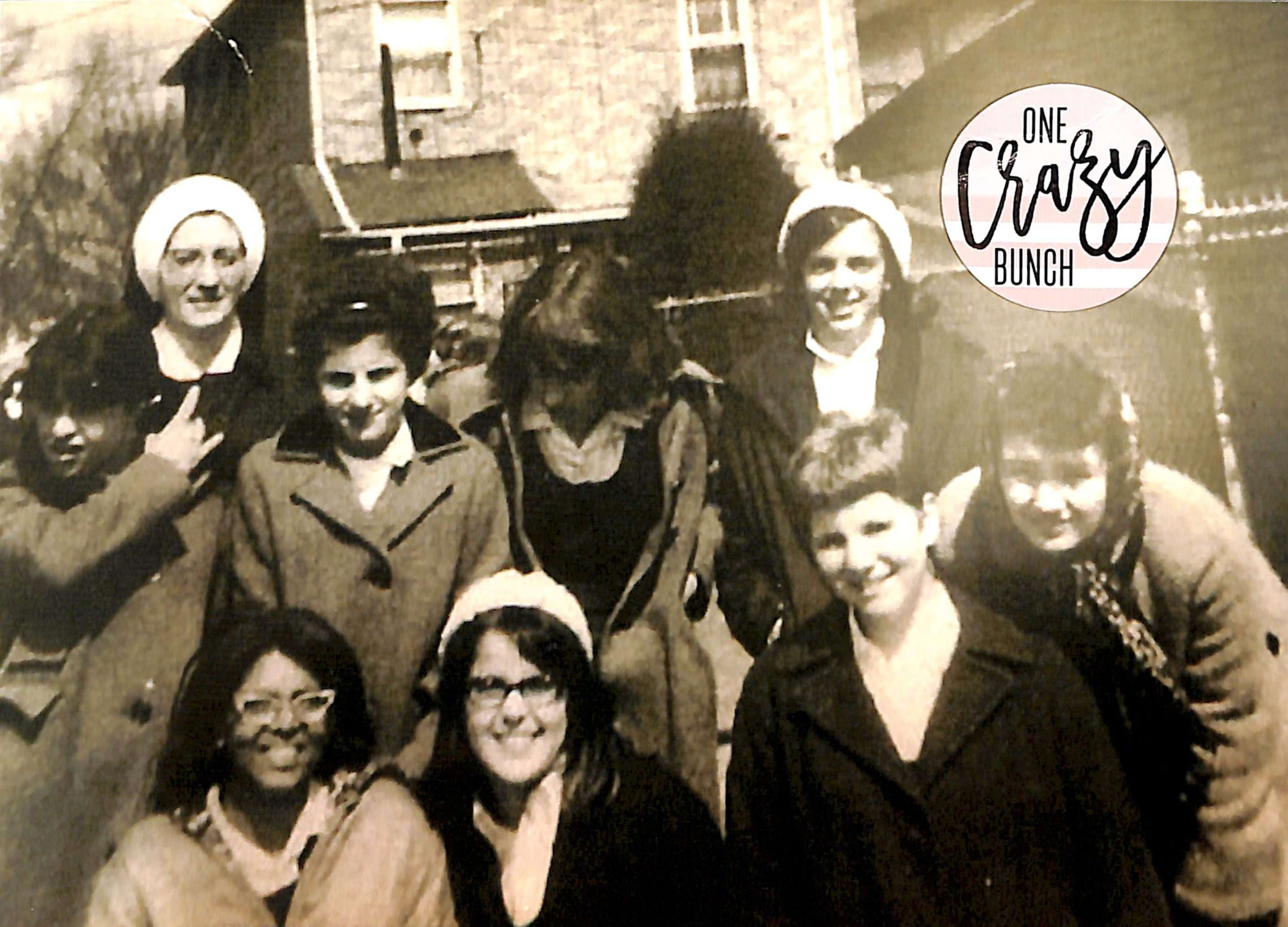 Sister Wilma with a group of former students at St. Ladislas in the mid-1960s

I have learned through the years that my prayers for the Holy Souls in Purgatory are very rewarding, probably more so in ways I will never know. The Rosary, which I say daily, has helped me through the days and years.

The Lord has blessed me in my life as a teacher as I received several nominations as Teacher of the Year. When I finally retired I was interviewed by many local newspapers in the Columbus area. Thanks be to God that His glory could be shared with so many.

I ministered under nine priests in the fifty-eight years of my only mission. That in and of itself says a lot… 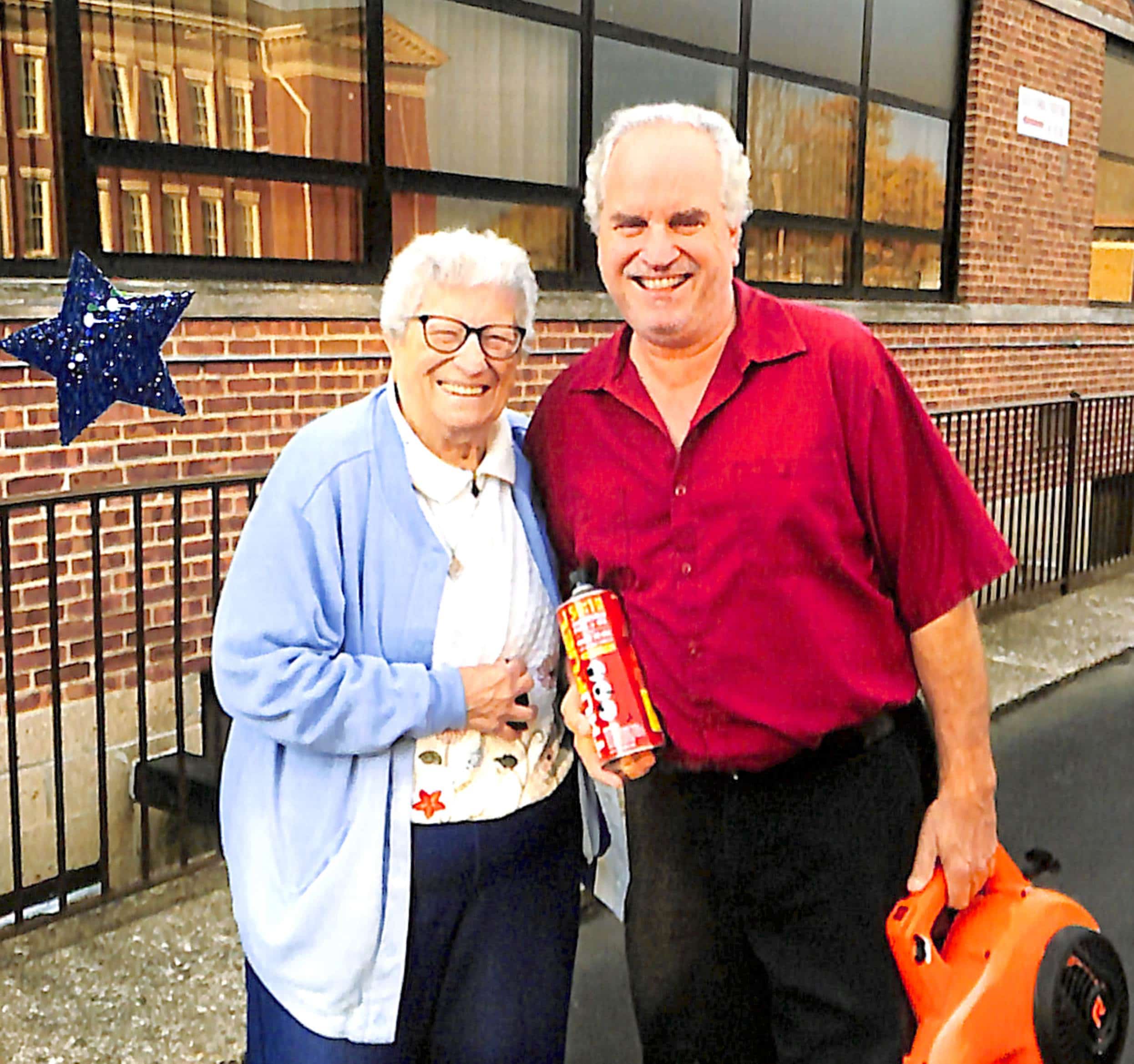 Sister Wilma with Vernon Myers, custodian at St. Ladislas and one of Sister Wilma’s former students

I chose to come to Nazareth or, I guess you could say I got another call in an answer to another question asked by my other niece, Andrea, “Wilmie, where are you going to go now?” The Lord chose Nazareth, and so, here I am to increase my prayer life and to be of assistance as much as possible. Currently, I serve as a driver, taking Sisters to Bardstown as needed. I will keep doing this as long as I am physically able.

I would say, “Come, enter, and see.” Nothing could be so rewarding on this Earth!