(The remarks of this interviewer are in italics

“It is prayer that is so very important to me,” Sister Rose said, both at the beginning and end of our visit together. Her very neat room and her faithfulness to everyday walks surely give her the space and quiet for her time with God. When I arrived, she had already studied the questions the Marie Menard Committee can give as a suggested tool and was ready with written notes.)

Jean, later Sister Rose Patrick, then Sister Rose, was born in 1933 in Ludlow, Kentucky to James Patrick and Frances Breuer Sullivan. One of twelve children, she was the third youngest, and remembers, as many do, that the two youngest were always tagging along. During the day in the Sullivan household, there was every attempt to be as quiet as possible since their father, James Patrick, worked the night shift at the L & N terminal in Cincinnati. He walked back and forth from Ludlow to Cincinnati and certainly deserved that rest. James and Frances, the homemaker, made sure that their children received the guidance and discipline they needed.

Rose shares, “We gave all answers respectfully as “No, sir or No, ma’am.” At home when meals were served around the table, we sat there until we ate all on our plates. I did find a way of hiding something I didn’t like in my pocket when my Dad wasn’t looking. Prayer was important and we prayed the rosary during the month of October. Another memory which brings smiles to me is that when the family went to church at St. James in Ludlow, we all sat in the front pew in birth order. To this day I don’t care to sit in the front pew.”

Jean attended St. James School in Ludlow for eight years. A first grade memory she has still is that the Sister teacher was determined, sometimes forcefully, that little Jean use her right hand instead of her left. Now, Sister Rose can use either- a feat the teacher never intended. Another grade school memory is that in on a very hot and humid June school day, Jean was persuaded by her classmates to change the clock so that they might be dismissed early. The teacher was out of the room, of course, but when she returned she did not realize the difference and dismissed the class… a happy overlook for the children. A grade school teacher who impressed Jean even after she left for high school was Sister Catherine David Ford. Jean would return to St. James to help Sister Catherine David, and other teachers, as well.

By the time Jean was ready for high school the one at St. James had closed and so she went to LaSalette Academy in Covington, KY. After her years at LaSalette, Jean took a bus each day for a job in Cincinnati at Woolworth’s, a five and dime store. She was even ready to be considered for a manager position, but God had other plans for her.

When she told her family that she wanted to enter the Sisters of Charity of Nazareth Community, they were not surprised. Two of her sisters had already entered religious life. Frances was Sister Teresa Catherine, SCN, and Mary was Sister Mary Dominic, OSB (Benedictines from Covington, KY). Rose says, “I wasn’t surprised by novitiate life since I knew some of the experiences of my two siblings. What did surprise me was the seemingly strange way of asking permission for some of the ordinary tasks of everyday life.” (Needless to say, there are others of us who struggled with that same practice). 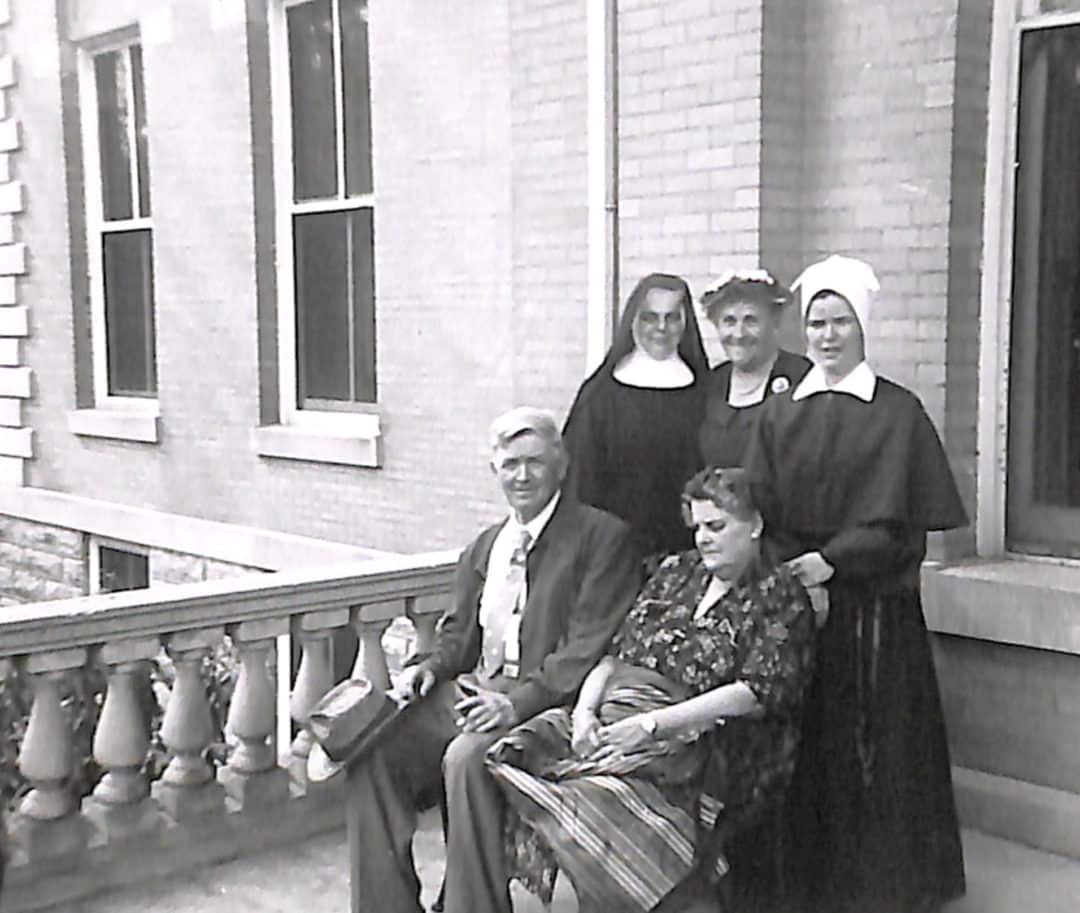 When receiving the habit in 1954, Jean asked for the name of Sister Rose Patrick. She had discovered the name had belonged to Sister Rose Patrick McArdle, a loving, happy nurse who served at St. Joseph Hospital in Lexington, KY. The new Sister Rose Patrick made first vows in March, 1956 and, for the first six months of her vowed life, ministered in the Nazareth Infirmary. Although she was told that she would be prepared for nursing, there was a change that came for Rose. Sister Frances Miriam Loker came from Hyde Park, Massachusetts and needed a first grade teacher at St. Raphael School. Rose was sent to fill the position.. She loved this assignment and remained there for six years. In fact, she was there in Hyde Park when a new school was built and named Most Precious Blood School. (She is pleased that there are students from this mission who still keep in touch.) There were thirty-three in the convent, with Sisters teaching not only at Most Precious Blood but also St. Ann in Wollaston and St. Pius in Corriganville. 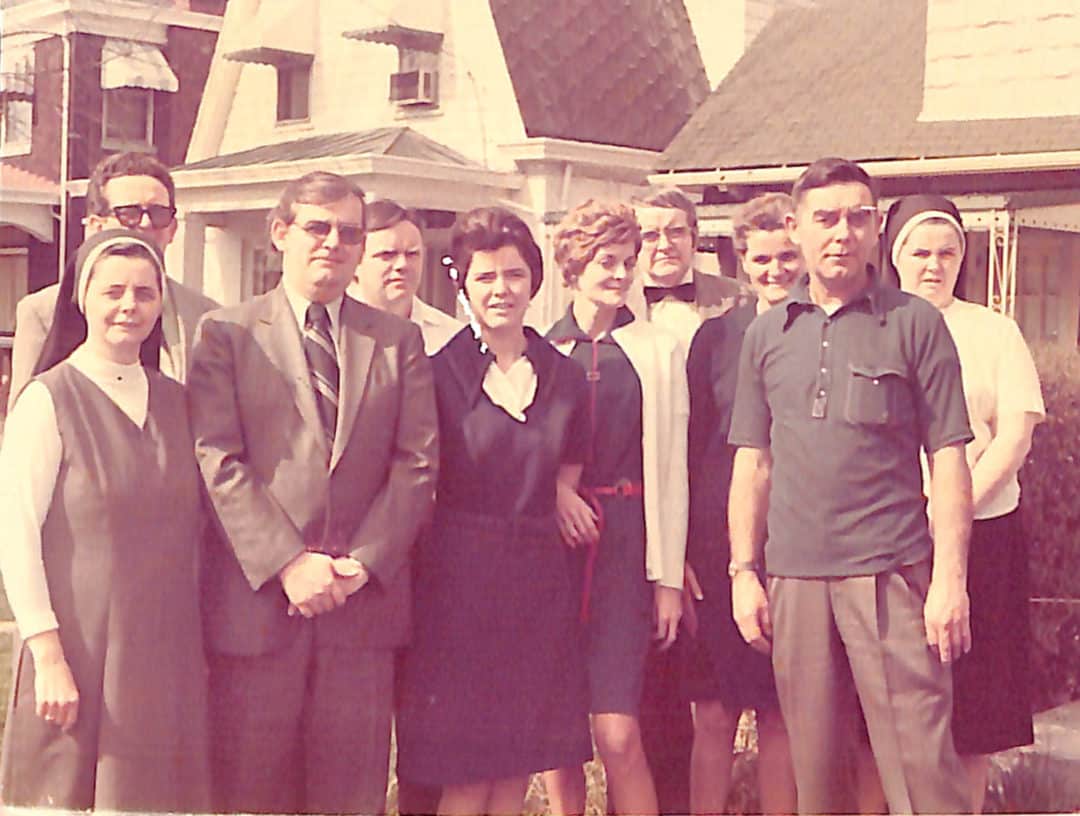 From Massachusetts Rose went to Memphis, Tennessee where she opened a day care center at St. Peter Orphanage. Rose was asked to return to Hyde Park to complete the year for a first grade teacher having a difficult time in the classroom. Ten years of teaching the primary grades followed at St. Rita School in Alexandria, Louisiana, Annunciation Academy in Pine Bluff, Arkansas and St. Ann in Bartlett,TN. After St. Ann’s, Rose returned to St. Peter Day Care Center and frequently replaced Sisters who needed time away. For a year Rose assisted at St. Joseph Retirement Home in Wakefield, MA.

Rose studied to be a Certified Nursing Assistant at St. Joseph Hospital in Lexington, KY. This led to being a member of the staff at Our Lady Home for Infants, Nazareth Home and to home health ministry at UpJohn Health Canter and Osten Healthcare Services, both in Louisville.

Home health ministry was an “eye opener” in that there were persons she visited who were living so poorly and with so many needs. In 1999, Rose stayed in healthcare ministry but moved from Louisville to Nazareth. She came to be an assistant at the SCN Health Center, based in Carrico Hall. This caring for our retired Sisters is always an honor but requires understanding and patience as needs increase and staminas decrease. Rose served in this ministry at Nazareth for eighteen years.

She now partners with Rene Turner in assisting the Motherhouse Coordinators with the varied needs of the Sisters in Carrico Hall. This mean helping a Sister with whatever her or her belongings may require.

When asked whether it was education or healthcare ministry that was a favorite, Rose’s firm answer was, “Neither was a favorite nor do I have a favorite mission. All my missions taught me what life was about and how to accept self and handle life’s happenings.” 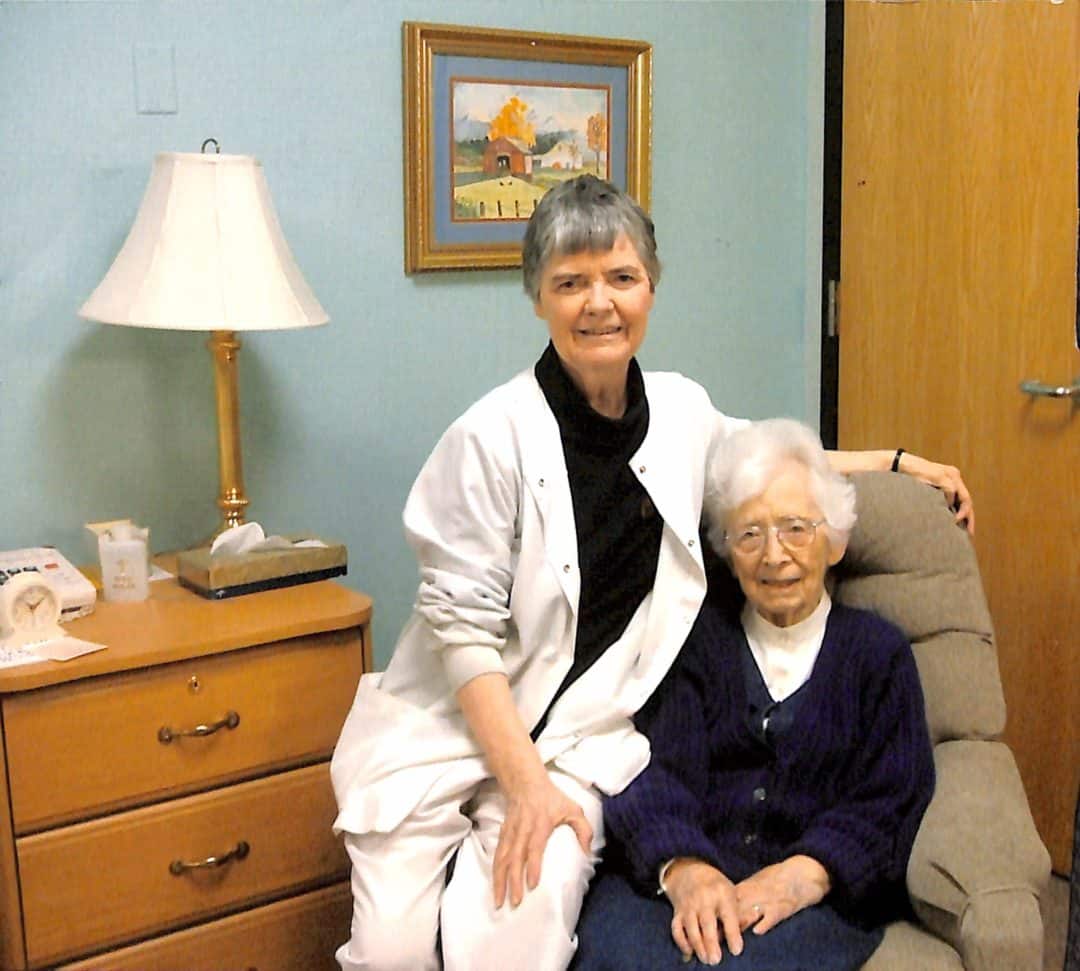 (There are five members of Rose’s novitiate class still living: Sisters Ann Susan Villa, Dorothy MacDougall, Mary Foeckler, Rose Mary Gerlica and Rose herself. They are the last class of “Marchers” and on September 24, 2018 celebrated their sixty-fifth anniversary of entrance into the SCN Community. Sister Rose acknowledges her good health, thanks God and rejoices that her energy belies her eighty- five years. Those daily health walks and time at the treadmill have surely made a difference in her well-being. She enjoys reading, especially about the very interesting Amish people. As well, Rose works puzzles and loves the coloring of reflective mandalas. In our closing, she remarks, “I hope that, even though I am in my middle eighties, I can continue to help others for a while longer.” Given her good health, this may well be in God’s plan for Rose.