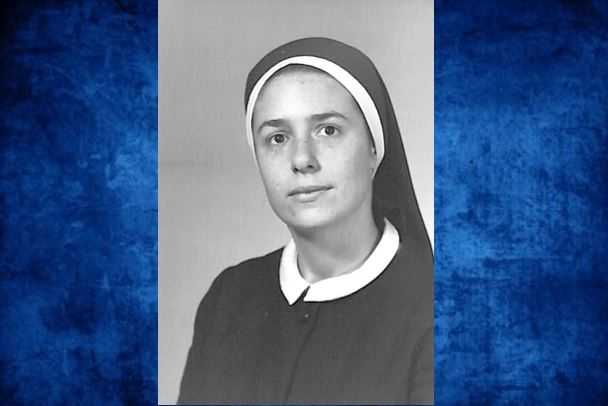 The family lived on a farm and raised chickens and turkeys to provide food for the large family. Peggy remembers when it rained the turkeys would try to catch the rain to drink. She found this amusing. They also had a vegetable garden and grew blueberries and strawberries. Peggy remembers that they would pick the blueberries and wash them and had them fresh for supper. When they were old enough all the children worked hard in weeding the garden.

After school the children gathered around the kitchen table to do their homework while their mother prepared the evening meal. Peggy was in charge to see that they completed their work. The teachers required the work to be signed by a parent but since they knew Peggy they accepted her signing the completed work. When the children finished their work they were allowed to play. Their mother would blow a whistle for them to come to supper.

There was no Catholic school in Hampton, Virginia, so Peggy and her siblings went to Saint Vincent de Paul School in Newport News, Virginia. The Sisters of Charity of Nazareth, Kentucky taught in the school. Peggy attended grades one and two at Saint Vincent de Paul. A parish, Saint Rose de Lima, was established in Hampton and the Benedictine Sisters taught in the school. Peggy and her siblings went there until Peggy completed the sixth grade. St. Rose de Lima only had grades one through seven. This meant that some of Peggy’s siblings would be in one school and some in the other and her mother was not able to get them to both schools. No tuition was charged and the parish paid for the education of its children. Therefore children were to go to the school within their parish boundary. Peggy’s mom requested from Monsignor William A. Gill that all her children be allowed to return to Saint Vincent de Paul and he granted her request.

Sister Eleanor Theresa Hancock was Peggy’s favorite teacher. She taught her first grade and prepared her for First Communion. She laid the foundation for Peggy’s faith life.

Peggy was influenced in her elementary years by Sister Thomas Mary Angermeier, SCN, principal of Saint Vincent de Paul School. Sister Thomas Mary would always come into her class and asked, “Who wants to be a priest?” all the boys raised their hands. She then asked, “Who wants to be a nun?” all the girls raised their hands. By the time Peggy was in the eighth grade when Sister asked the questions no one raised their hands. But deep down Peggy felt she was being called to religious life. Finally, when she was a senior she talked with Monsignor Gill about her desire to be a Sister. He began the process of recommending her.

Peggy was discerning which order to join and she spent an afternoon with the Benedictine Sisters. She enjoyed her time with the Sisters. She also wrote to Mother Bertrand Crimmins, SCN and received a quick response from her. Peggy decided to join the Sisters of Charity of Nazareth, Kentucky.

Peggy shared her letter from Mother Bertrand with her best girlfriend. She did not believe Peggy; she thought it was a joke! When Peggy told her mother of her decision she said she had to tell her dad. Peggy’s dad responded nonchalantly, “If that is what you want.” Her parents wanted their children to make their own decisions. They did not want to pressure Peggy into entering the convent, but she thought they were secretly pleased. There were no responses from her brothers and sisters. Recently, however, her brother Carl who was very young when she left for the convent, told her he didn’t know what was happening. One day she was there, and then she and her sister, Kay, were gone. Kay left for college the same day Peggy left for the convent. 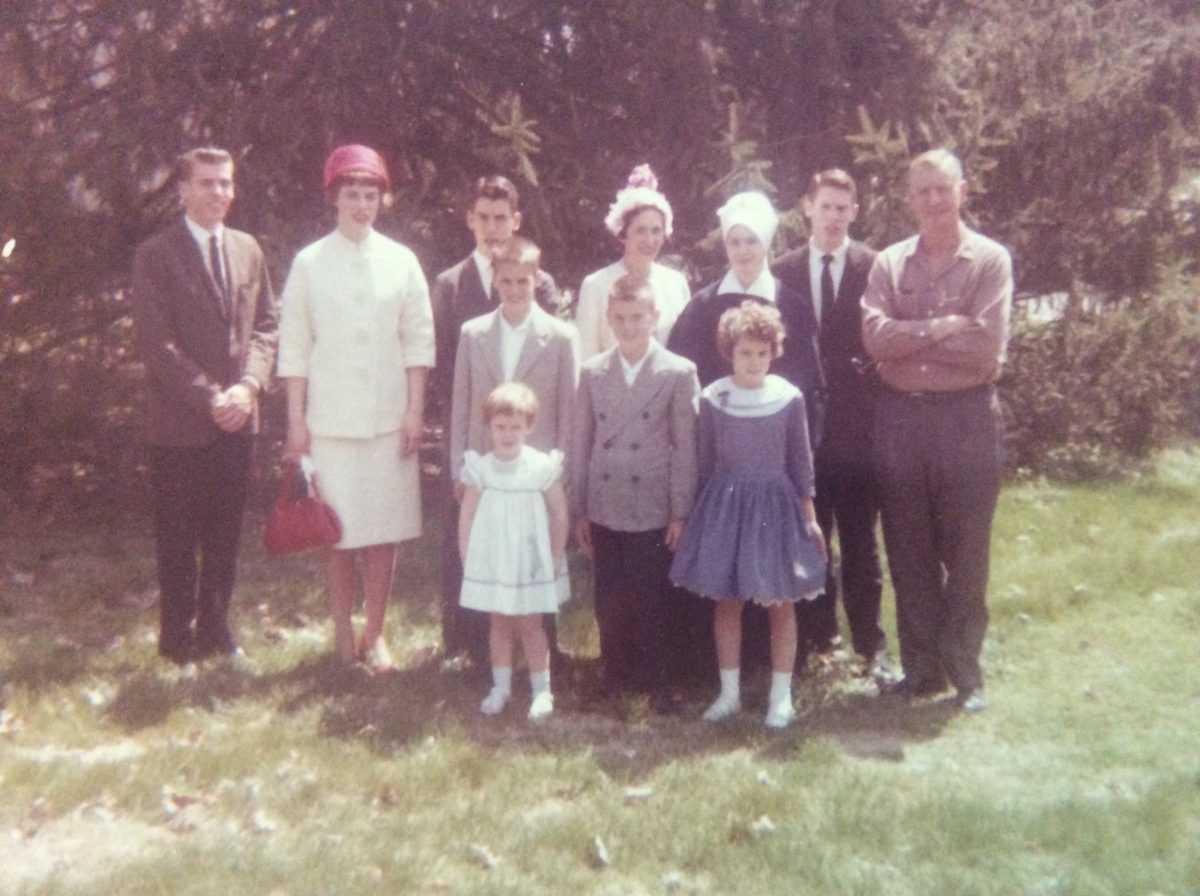 Sister Peggy remembered the novitiate years were ones with various religious practices that helped to form a foundation for her life as a Sister of Charity. Sister Peggy developed strong bonds with members of her class. Today many of them gather together from time to time. They reminisce about past years, have a lot of laughs and catch up with where they are at the present time.

Sister Peggy in her classroom in 1975

Sister Peggy returned to Louisville, Kentucky in 1989 and did a variety of services mostly at Nazareth Home. In 1994 she became Director of Medical Records at Nazareth Home, where she remained until April 2013. She left to become a part time instructor at National College in Louisville and taught medical subjects.

Sister Peggy remembered living with a large group of Sisters in her early days in the community. The Sisters had varied jobs but each morning they gathered for meditation, prayer, Mass and breakfast before departing for the day. They shared their experiences over their evening meal. They concluded their day by praying the Breviary together before retiring for the night. One time the younger Sisters wanted to pray Matins at midnight together as a group. Once was enough because so many Sisters had difficulty staying awake.

Sister Peggy found receiving assignment changes somewhat challenging. She had been taught, however, to, “Bloom where you are planted”, so this helped her accept the assignments.

A very significant change occurred in the community when we changed our focus from top down to grass roots up. In preparation for the decision making General Assembly which occurs every five years; topics and suggestions are requested from each member. Each member is required to be involved in Christocentric preparation, communication, consultation, accountability and co-responsibility for the community.

Sister Peggy is grateful for all the education and exposure to theology and religious topics that the community has provided for her. 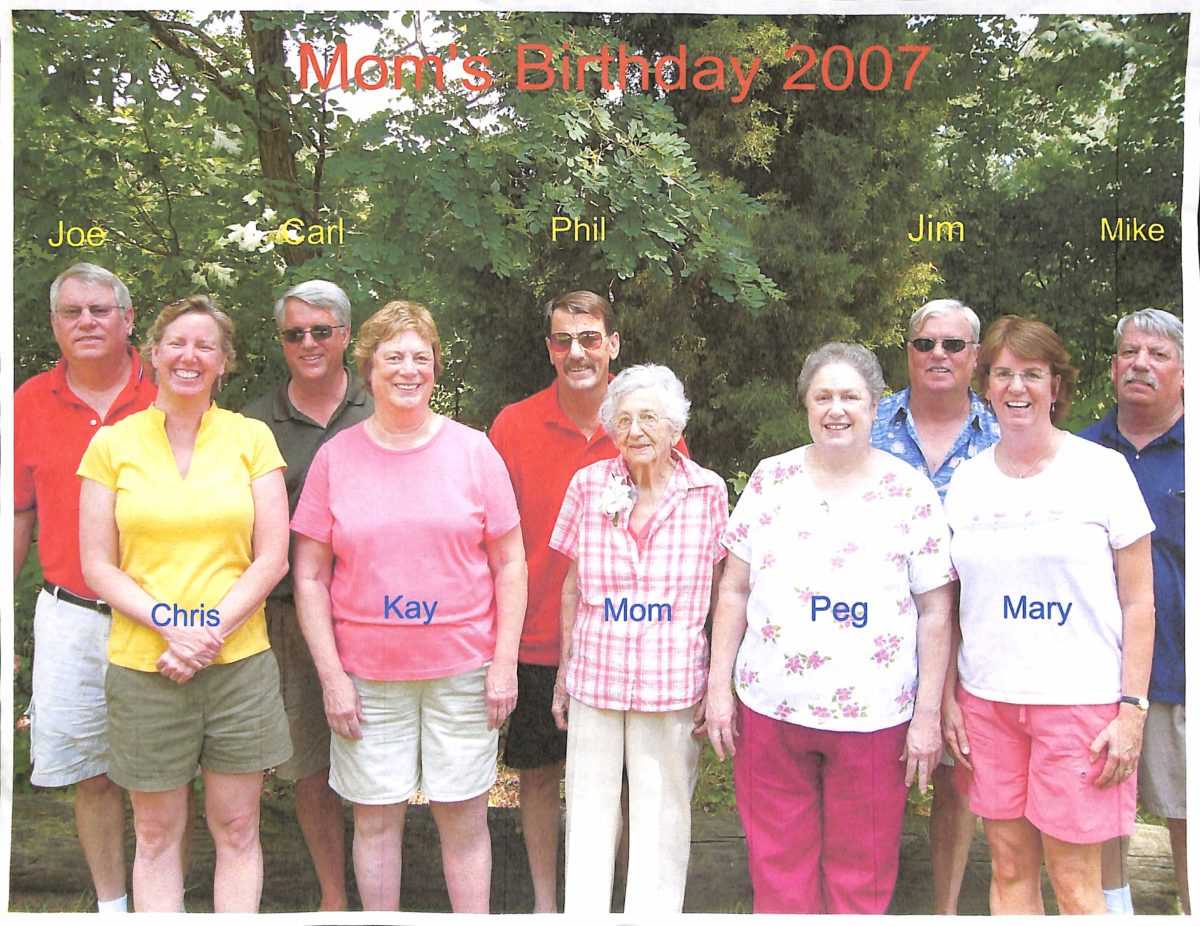