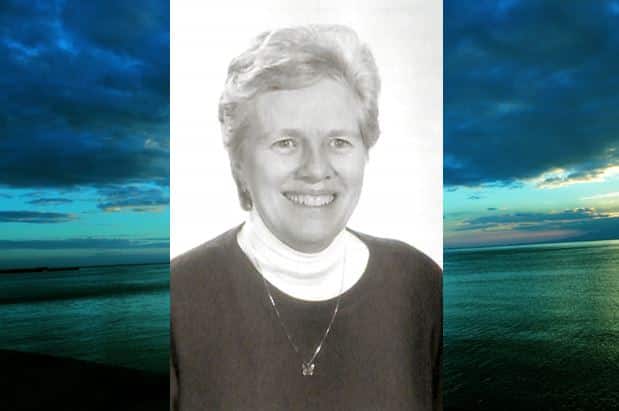 (Note from the interviewer: I am Paschal Maria Fernicola, SCN. One day Rita Spalding, SCN, told me that Mary Assumpta Dwyer, SCN, had told a beautiful story about Norma Alexander, SCN, at the dinner table. Would I be willing to follow this up and write Norma’s story? Norma was already deceased and there are certainly many who knew her better than I. This was an exciting challenge! So the following story is a loving distillation of many shorter stories told by Sisters who knew and loved her, to whom I am most grateful. They include, beside the ones mentioned in the story, Clare McNeil, Elaine McCarron, Mary Elaine Zehnder and Eleanor Martin.)

Norma Alexander was born in Lynn, Massachusetts on December 28, 1931 to Eben E. Alexander and Nellie Donoghue Alexander, both born in Lynn, Massachusetts where they raised their family. She was the youngest of seven children – five girls and two boys; Millicent, Laura, Nellie, Eben, Dorothy, Ralph and Norma. Her birth order gave her “pride of place” in the family and she was affectionately called “Tish” or “Lizzie Tish” by her older siblings. These were endearing, diminutive names. A couple of close friends in the Community also used those names while speaking to her. Later, Ralph saw action in WWII and came home psychologically suffering from enemy fire. Ralph was unable to cope with the fast pace of the post war atmosphere. Eben became Ralph’s helper and with Norma and Nellie, they celebrated holidays, took Ralph on trips and in many other ways, saw to his well-being.

Norma was a graduate of St. Mary’s High School, class of 1949. That same year, she entered the Novitiate of the Sisters of Charity of Nazareth and received the name, Sister Ellen Jude as a novice. She made first vows on March 25, 1952 and studied at Nazareth until the following August. She made perpetual vows on March 25, 1955. 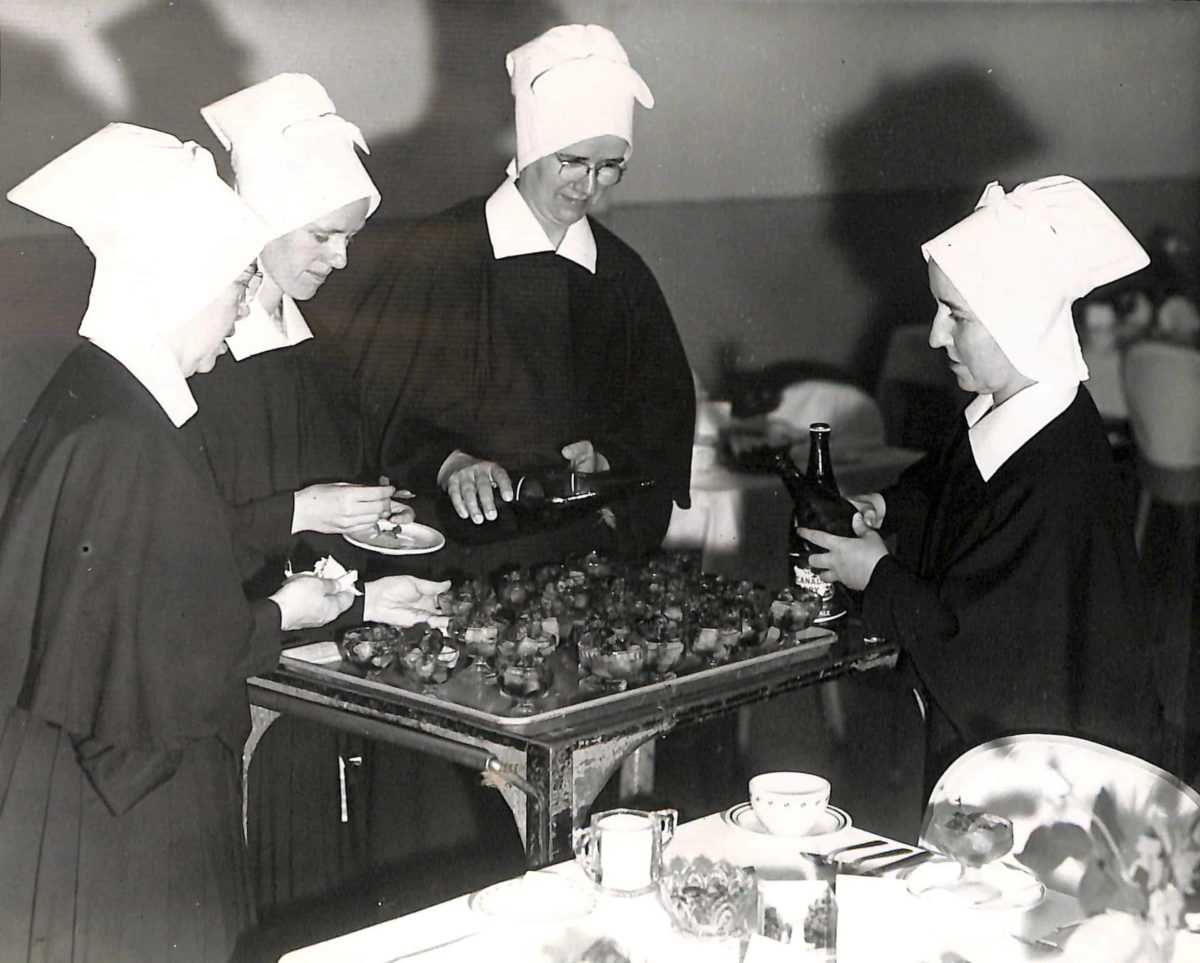 She earned her BA Degree from Catherine Spalding College in Louisville, Kentucky in 1964 and her MA from Rivier College in Nashua, New Hampshire in 1970.

Her first mission, lasting two years, was at St. Cecelia School in Louisville. There, she and Elaine McCarron, SCN, taught first grade and became dear friends. Elaine tells how she sometimes would look through the pane of glass in the door and copy the work that Norma put on her blackboard for her first graders. The ideas came in handy for a first year teacher! Norma was kind to everyone. She loved teaching young children. She also loved studying French and found many ways to include songs, prayers, greetings, colors, counting, etc. in French for her first graders. Of course, they loved it and so did their parents. 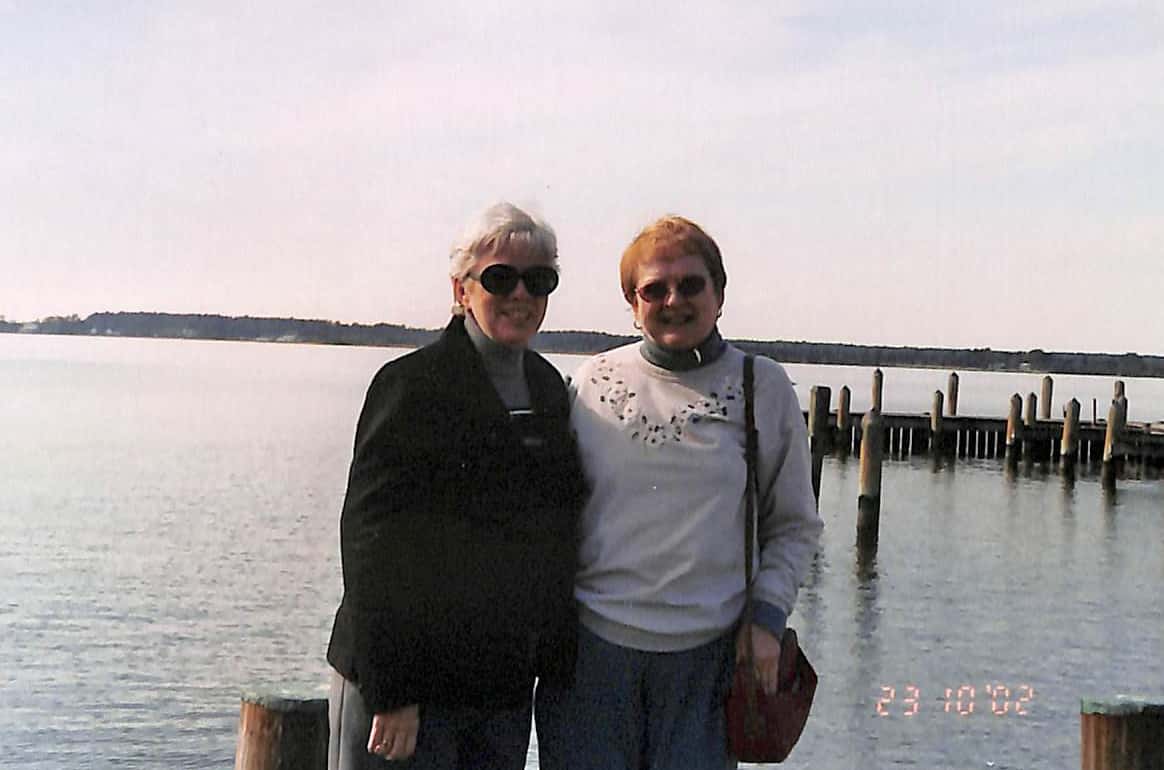 From there she spent one year as a high school teacher at St. Benedict School in Lebanon Junction, KY. The following fall of 1965 to 1971, Sr. Ellen Jude went to Owensboro Catholic High in Owensboro, KY as a teacher of French. She then taught French for three years at Our Lady of Nazareth Academy in Wakefield Massachusetts, an all-girls high school. In 1974, she was appointed principal of Our Lady of Nazareth High School, Wakefield, MA while keeping her position of teacher of French. She also returned to her Baptismal name, Norma. There, she and Mary Assumpta Dwyer, SCN, became very good friends and luckily so, since Mary Assumpta proved to be later a real “friend in need” .

Being an astute French teacher, Norma decided to take fifteen junior and senior girls on a field trip to France for total immersion in the language and culture. While there, they went on a bus tour which took them along a narrow winding road at the top of the mountains overlooking the Cote d’Azur. Norma’s fear of heights caused her to lie on the floor of the bus so she wouldn’t realize how high above the Mediterranean she was!

Another time, Norma and some SCN friends went on a vacation to Canada, where they discovered that Norma had a fear of heights. They were going up a very tall building. When the door of the elevator opened, she froze and could not exit. Security had to be called to help her out. But Norma also loved to sing and dance and sight see, so she made the most of the trip after all!

When Norma assumed her role as principal at OLN in Wakefield, a position she held for four years, she moved from the Academy to Malden, MA where she lived with Sisters Eleanor Martin and Susan Kilb. Susan was teaching at OLN and Eleanor was in law school at Boston College. Norma remained in Malden for some years after leaving OLN and taught French at Malden Catholic High School, a boys’ Catholic high school staffed by the Xaverian Brothers. During her time in Malden, Norma also shared community life with Sisters Esther Comeau and Mary McKenna.

Throughout her time teaching in Massachusetts, Norma spent her weekends caring for her brothers so that her sister, Nellie, who also had a full time job, could care for her husband and home.

In 1976, she joined SCNs Mary Sullivan and Camille Serafini in the “Justice ’76” Program to Port-au-Prince, Lascahobas and Cape Haitien, Haiti, West Indies. They were appalled at the poverty and the suffering of the people. Norma noted how much help the nurses were to the suffering and the first dreams of becoming a nurse herself and returning there began to form in her heart. But those dreams had to wait awhile. 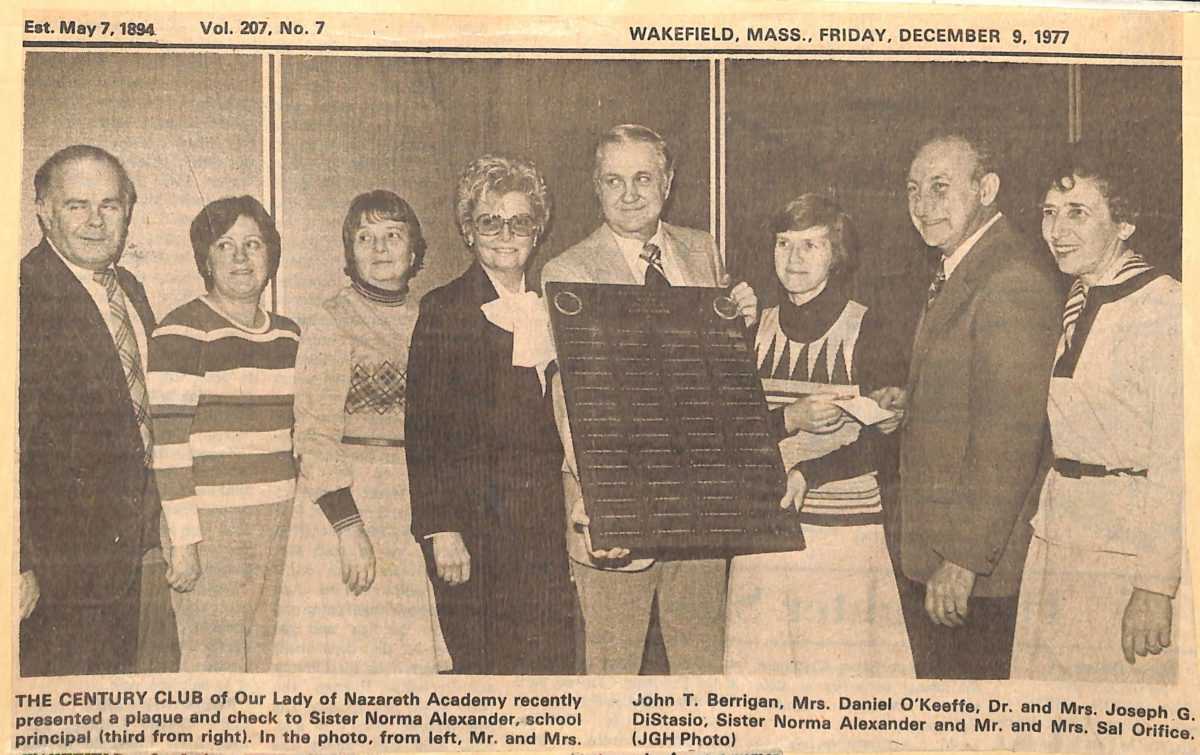 As time went on that school year, in order to give her French students practice in conversational French and to give them an opportunity to be of service in a “third-world country”, Norma took several groups of the Malden boys on field trips to her beloved island country of Haiti, where French is the mother-tongue.

Haiti was a life-changing experience for Norma. The degrading poverty and lack of sanitation and medical services were too over-bearing for her. She was determined that something had to be done. Because she couldn’t change anything else, she knew she could change her ministry to improve these conditions. She asked for and received permission to begin nurses’ training at the end of the 1981 school-year. Later, Norma and her family joined efforts to educate a deserving Haitian child through college.

The next three years, she was a nursing student at the Somerville Hospital School of Nursing in Massachusetts. After graduation, she returned to Haiti. Not long after, her health failed and she had to return home. She then was a staff nurse at the Whidden Hospital in in Everett, MA. Nursing fit her caring heart. She was dearly loved by all, and when friends from Haiti came to the States to visit relatives, they were sure to visit her also, and often invited her to their gatherings and parties. On one such occasion, because her French was so good, a friend asked her, “Do you speak English?”

Norma moved back to the Malden Hospital as a registered nurse in June of 1985 caring mostly for newborn babies as well as babies who were critically ill. There she met many Haitian parents who were too poor to furnish the needed baby clothes and supplies. Because of her sensitivity and compassion for the poor, Norma asked the hospital administrator for permission to open a clothes closet to provide these items for the immigrants, many of whom were Haitians. The administrator and the hospital staff supported Norma in this project. Through the years, Norma maintained friendship with her Haitian friends in New York and in Massachusetts. While at Malden Hospital, Norma lived with Sister Eleanor Martin in Malden. During that time, Norma was also caring for her oldest sister, Millie, and continued doing so until Millie died. After Millie’s death, Norma’s sister, Nellie, also became ill with cancer and again Norma cared for her until she died.

Because Norma had been so good to her, Millie left the house to Norma. Norma continued living there until she herself developed cancer. The day she received the news, Sister Mary Assumpta arrived to be with her friend, with a whole gallon of ice cream to share. She invited Norma to return to Wakefield where the Sisters would be able to care for her better during the long process of chemotherapy and radiation which she received from Massachusetts General Hospital.

The cancer then went into remission. Norma bought a long-stemmed red rose for each of the doctors and nurses who had served her. She and Mary Assumpta delivered them personally! But this good time did not last very long. The cancer soon returned and about two and a half years later, she needed more care than the Sisters at Wakefield could give her. So Sisters Mary Assumpta and Peggy Fowkes, visited every nursing home in the area looking for the best one for Norma. They found the only acceptable one, Wingate Nursing Home in the city of Reading, MA. She died there at age 73, on Sunday, January 30, 2005 surrounded by SCNs, priests, former students, family and friends. The funeral Mass was celebrated at St. Joseph Church in Wakefield. The presider was one of her students who had been with her throughout her illness. The students of Our Lady of Nazareth Academy in Wakefield provided the music for the liturgy. Sister Eleanor Martin provided the reflection on the readings as well as on some thoughts from Norma’s favorite book, The Little Prince. Norma was buried at Nazareth Cemetery at Nazareth, Kentucky the following day.