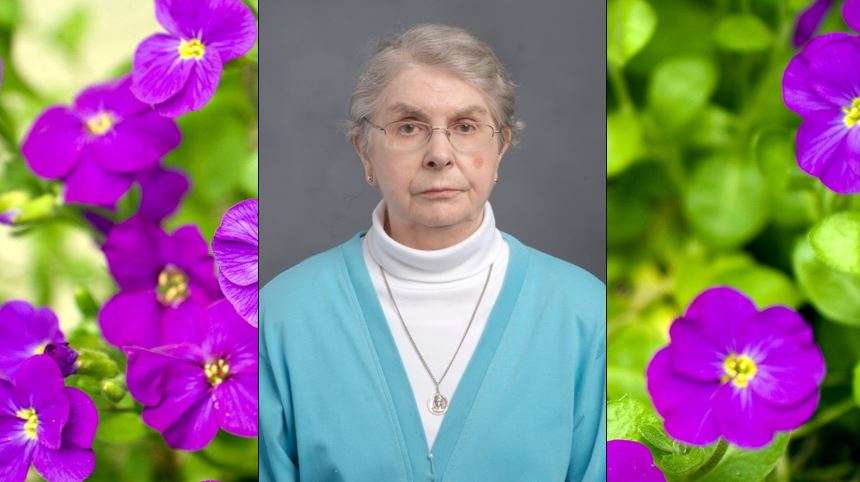 The family lived on a farm in western Kentucky. In addition to farming, Mildred’s father also taught school in Hancock County. The family were devoted Catholics worshipping each Sunday at Immaculate Conception Church in Hawesville or St. Rose Church in Cloverport. At home, the family gathered every evening to pray the rosary. Mildred’s father and mother took turns as the leader of prayer.

Millie entered the Sisters of Charity of Nazareth after graduating from high school in 1950. She attended St. Frances Academy in Owensboro, Kentucky. Millie had relatives that preceded her to Nazareth. She is a niece of both Sister Ruth Angela Powers and Sister Mary Ann Powers. Millie is also a cousin of Sister Ann Roberta Powers, who was among the first SCNs to travel to India and begin to open SCN missions. Millie and Ann Roberta kept up a correspondence for many years until Sister Ann Roberta’s death on June 25, 2015. These letters were carefully saved by Millie and given to the SCN Archives at Nazareth. In Millie’s correspondence one finds a deep interest in the India missions and a desire to help the missions by frequently sending a small amount of money ($10.00) for which Ann Roberta always expressed gratitude. This correspondence helped Sister Ann Roberta to keep in touch with her Kentucky family as the two cousins shared western Kentucky family news and SCN Community news.

Millie appreciated her novitiate as a time for learning about religious life. She spoke gratefully of Sister Mora Rose Marks her postulant director, Sister Helen Frances Sheeran, novice director, and those who assisted the directors as theology teacher, Sister Ann Patrick McShane, and choir director, Sister Margaret Rose Griesbaum. Millie thought the novitiate group of directors most capable of forming newcomers to religious life. After celebrating first vows on March 25, 1953, Millie and most of her class remained at Nazareth taking courses in philosophy, theology, and the history of the SCN Community.

In August 1953, Millie left Nazareth to teach second grade and later fifth grade during three years at St. Joseph School in historic Bardstown, Kentucky. Millie made perpetual vows on July 1956, and was assigned to St. Mathias School in Louisville for two years, teaching sixth grade. Millie taught eighth grade at Holy Name school in Louisville from 1958-1963. Her next mission, St. Paul’s in Lexington, Kentucky was a challenge for Millie. She was appointed superior for the sisters, principal of the school, and eighth grade teacher. Millie found the pastor difficult to work with as he had been in the same parish for many years. Millie’s next mission was Our Lady of Victory in Columbus, Ohio from January 1966 to August 1969. 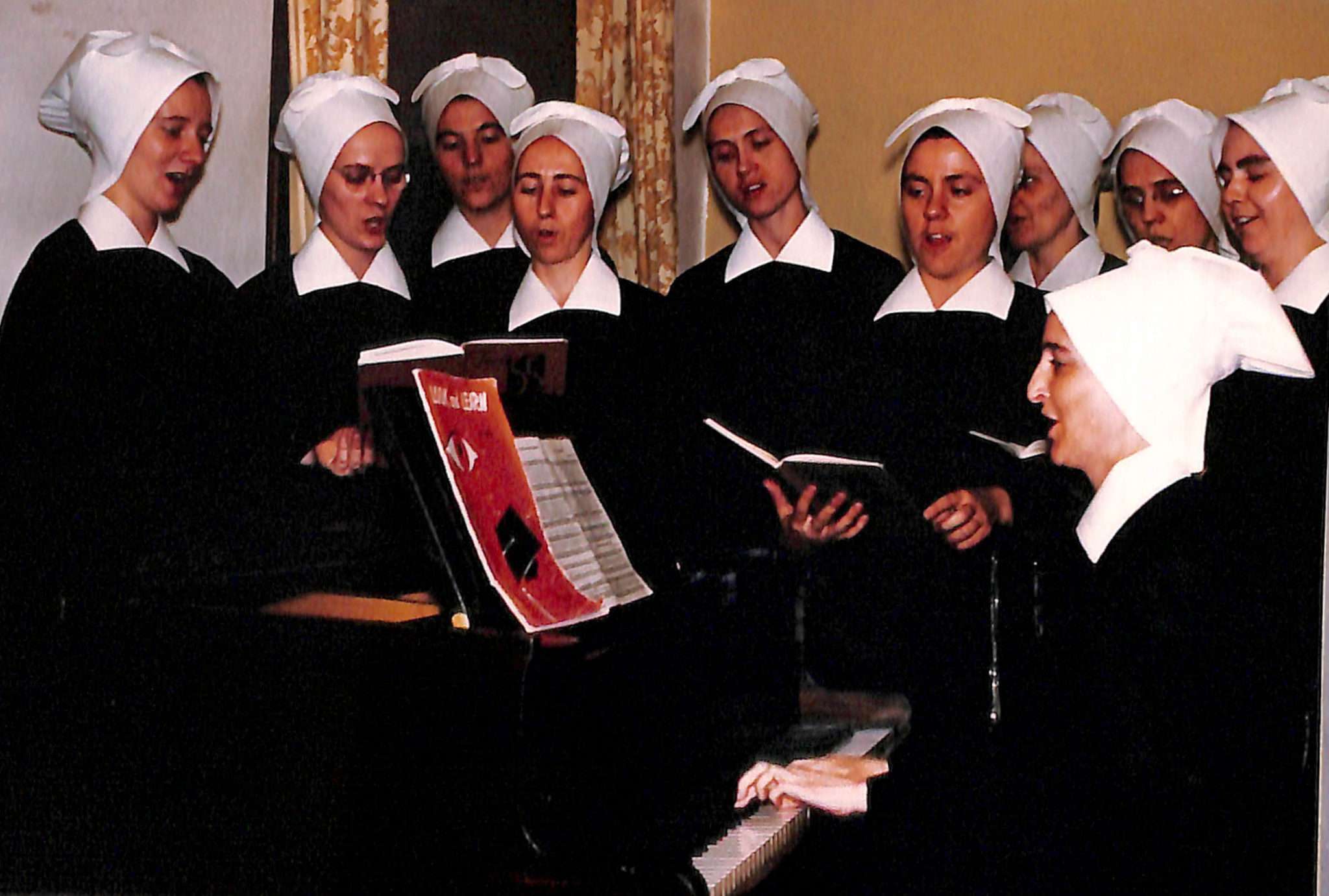 In August 1969, Millie became SCN Community Supervisor for the Diocese of Covington in northern Kentucky. In this assignment, Millie visited schools and assessed the teaching skills of the school faculties. In August 1974-1979, Millie became Media Coordinator for the Diocese of Columbus, Ohio. At the end of this mission, Millie attended Loyola University in Chicago as a full-time student from 1979 to 1981.

SCNs began looking to Texas as missionary ground. Initially, Carol Ann Messina, SCN stood with the United Farmworkers headed by Cesar Chavez. Those involved were seeking better wages, better farming equipment, and better housing for the migrants who came across the borders from countries south of the United States. SCNs, as many as twenty-five of them, went to Texas in the middle of the 1970s through the 1980s. Millie was one of those SCNs as she was Director of Communications for the Diocese of Brownsville beginning in September 1983. Millie was also Director of the Office of Media/Communications for the Archdiocese of Galveston-Houston for a year. 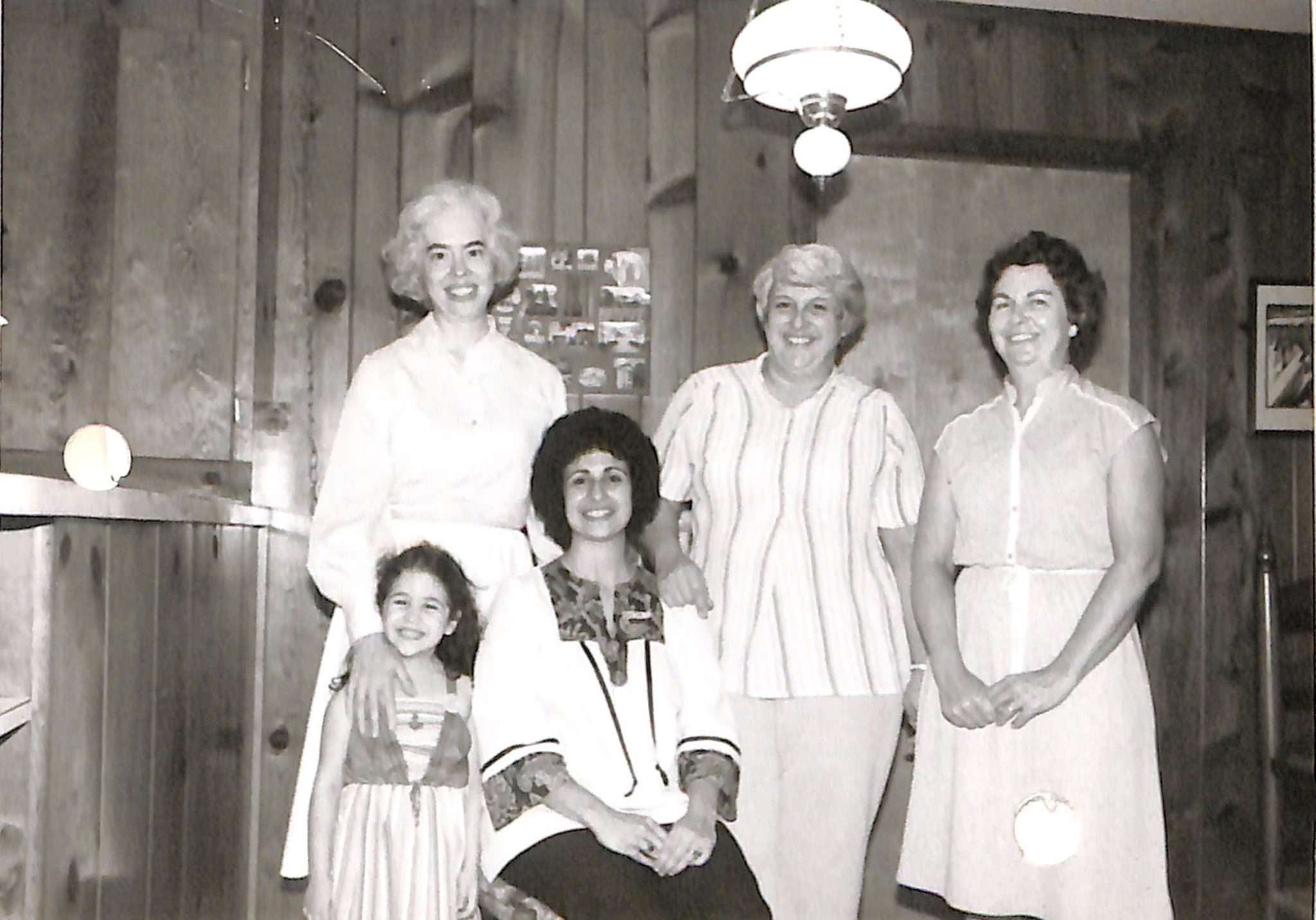 From August 1986 until July 2002, Millie was Louisville Archdiocesan Media Coordinator at the Flaget Center. Archbishop Kelly wrote the following to Millie at the time of her retirement: “Your many years of service have been a great blessing to us, and I am grateful to you and the SCN community for the generous gift of your talent.” From August 2002 to December 2002, Millie had a sabbatical in San Antonio, Texas. named, Ministry to Ministers.

Since August of 1985, Nazareth had a Media Center. Its early placement at SCN Center had many obstacles for users. Steps outside and inside and a lack of space for the media collection kept users away.

Millie came to Nazareth and worked tirelessly in the Media Center for many years, first as Media Assistant and later as Media Coordinator. The Media Center is presently located on the first floor of the Motherhouse with three rooms holding the collection.

Sister Millie is retired and resides at Nazareth Home in Louisville. The SCN Community is grateful to her and to those who came before her, of their care for the offerings of Nazareth’s Media Center.