Jo Ann Reasbeck was born in Martins Ferry, Ohio on August 26,1931 to Clarence and Clare Isabelle Reasbeck. There were ten children in the Reasbeck family, six of them girls: Mary Virginia, Lucille, Angeline, Stella, Doris Jean and Jo Ann. Two of the boys died in infancy, James in 1926 and Ralph in 1928. Dave and Russell lived to adulthood. The Reasbecks were devout Catholics attending Mass every Sunday. The children were enrolled in the parish grade school at St. Mary’s in Martins Ferry, Ohio staffed by the Sisters of Charity of Nazareth. The family was musical with Dave playing the trombone and Jo Ann playing the saxophone. They sang in church choirs and performed in many recitals. 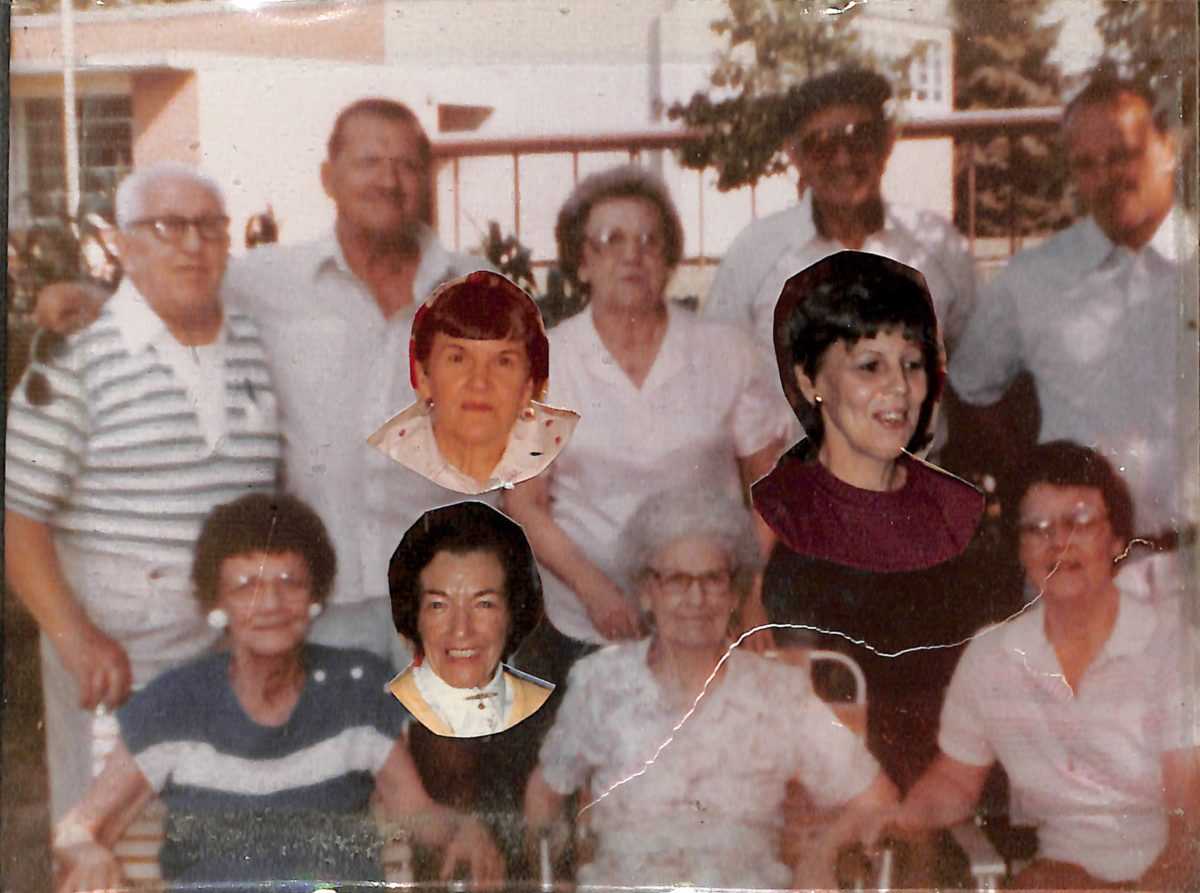 Jo Ann’s father, Clarence Reasbeck, died in April, 1936. His wife and children mourned his death. The family gave assistance to their mother. Her culinary and sewing skills kept her family together. Their mother, “Mom”, had strong faith and a happy and positive spirit. Also, she had the encouragement needed for raising eight children. Her children called her “Super Mom”.

The parish school at Martins Ferry did not provide a third or fourth year of high school. Jo Ann and her mother searched for an opportunity for Jo Ann to complete high school. The Sisters of Charity of Nazareth had, at Nazareth, a program for high school girls designated as a Juniorate. These girls attended classes with other high school girls at Nazareth. They also had an SCN director, who planned their program of study, prayer, and recreation. Juniorate girls had, in common, an interest in religious life. Their poetry, art and prayer life, gave expression to their Juniorate experiences.

The SCNs at Martins Ferry assisted Jo Ann in preparing to attend the Juniorate at Nazareth. She graduated from Nazareth Academy in May 1949. Jo Ann on September 24, 1949, after a busy summer, entered the Sisters of Charity of Nazareth as a postulant. This was six months of initial study of religious life.

Sister Helen Frances Sheeran was Director of Novices. She guided the novices during their first two years of religious life. Sister Helen Frances, with others, designed classes for the novices in church history, theology, music, and other topics. Jo Ann was also grateful for her place in the choir where her musical gifts were evident.

Jo Ann received the habit on March 25, 1950 and a new name, Sister David Clare. ‘David’ was in honor of Jo Ann’s brother, Dave. They both honored their family with their vocations. Dave became a priest of the Diocese of Steubenville, Ohio and was named a monsignor on March 3, 1987.

Sister David Clare with her brother, Father Dave, at Nazareth

As was Sister David Clare’s nature, she made many friends during her novitiate. It was a learning experience, especially in regard to spiritual opportunities. Her novitiate class had many unique young women. To this day the class, of now six, keep in touch.

David Clare’s musical gifts and kindness to others made her time as a novice filled with learning and sharing. Sister David Clare made first vows on March 25, 1952.

Sister David Clare’s first mission was Holy Angels School in Avenue, Maryland. She taught there from 1952-1954. From there, she was missioned at St. Joseph in Morganza, Maryland from 1954 to 1960. These years were the beginning of integration of the Catholic schools in Southern Maryland. Sister David Clare and other SCNs, who taught in Southern Maryland, knew that the children and teachers would welcome all. Yet, it was a challenging time for those involved. Sister David Clare appreciated the six years at the African – American school in Morganza with Sister Charles as principal. 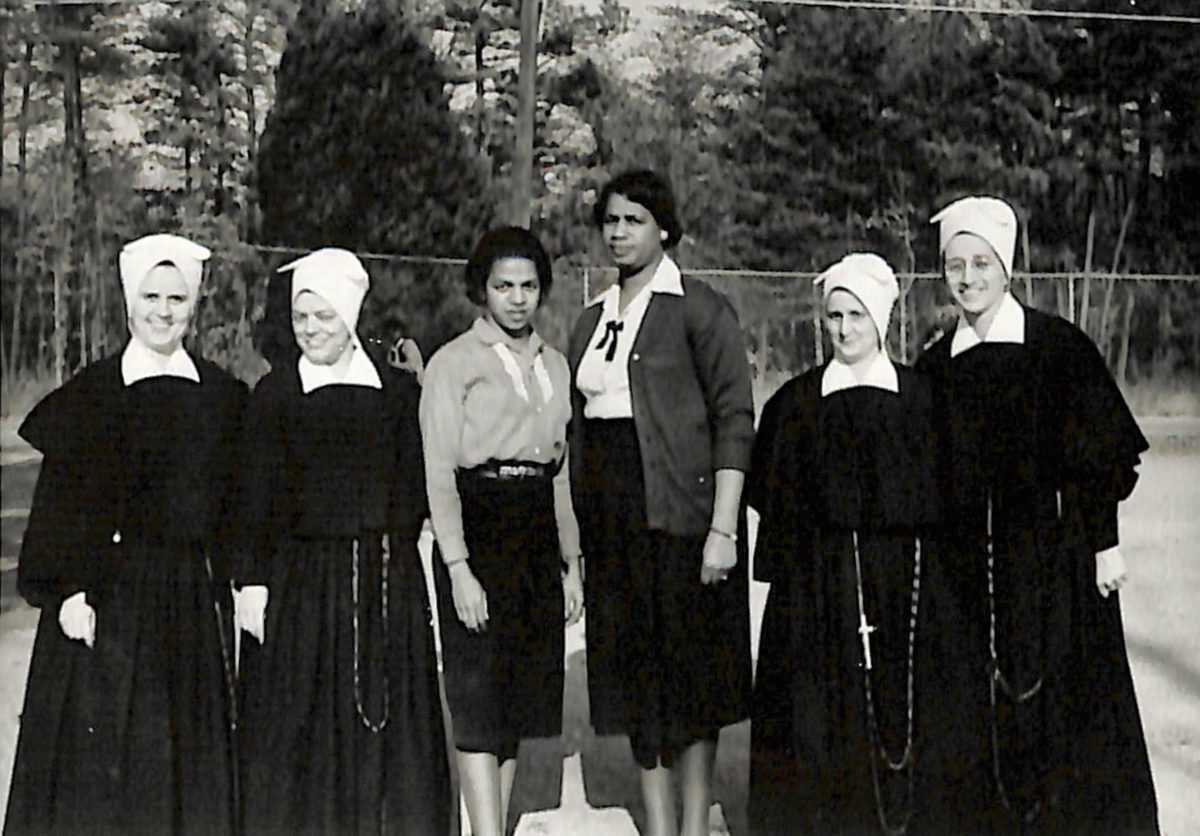 For a year, 1960-1961, Sister David Clare taught first grade St. Philip Neri School in Louisville. She enjoyed her time there. Her next mission was at St. Lawrence School in Louisville, from 1961-1965. The school was very large and afforded the opportunity of one grade in a class.

In August, 1965, Sister David Clare received word from Nazareth to be ready to go to Crossroads Public School and St. Theresa Parish, in Rhodelia, Kentucky as superior, principal and teacher of grades five and six. There, in Meade County, Kentucky, Sister David Clare ministered for nineteen years.

The parish at Rhodelia had family choirs under the direction of Sister David Clare. Parents and their children sang at Sunday Masses from the choir loft.

Two St. Theresa parish seminarians began their studies to the priesthood one year apart, Rev. Bob Ray in 1969, ordained and Rev. Ron Knott in 1970, ordained. The SCNs always welcomed the seminarians to meals at their convent home whenever they were in Rhodelia. Sister David Clare planned and directed the music for each at their first Mass after ordination.

Whenever possible, Father Dave, Sister David Clare and their mother would meet in Ohio for a visit to Father Dave’s church, Saint Frances Cabrini in Colerain, Ohio. The three of them enjoyed these gatherings until Clare Isabelle’s death in August, 1987. 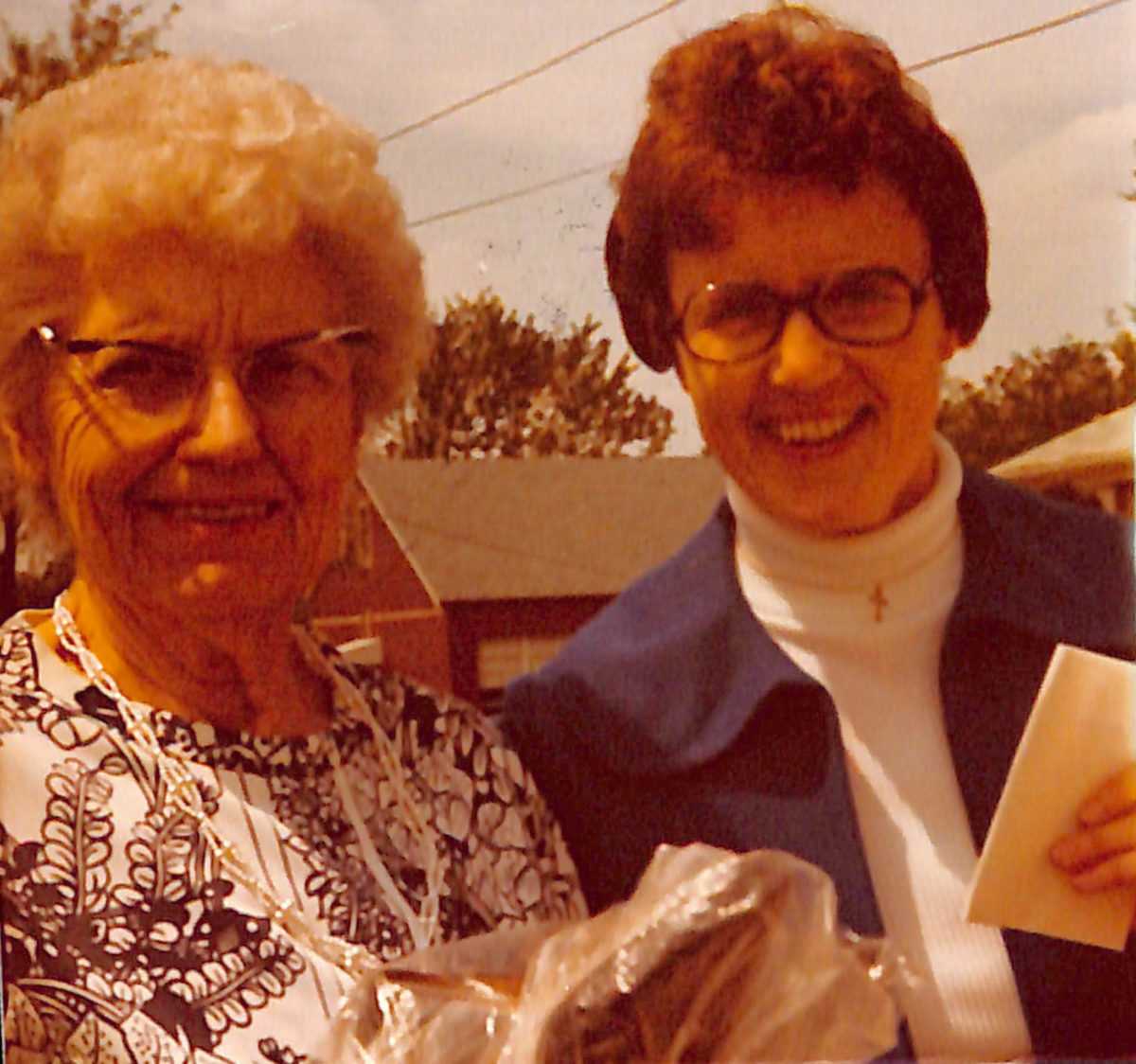 Saints Mary and Elizabeth Hospital in Louisville was Sister David Clare’s next mission from 1994 to 2014. Chaplaincy and hospitality defined her job description. Included was a Cookie-Coffee Cart that Sister David Clare faithfully took to patients each morning for many years. She is also involved in making candy as a fundraiser for “Candy for Caring” at the Candy House. Still successful because of sixty-eight faithful volunteers.

Sister David Clare is close to all her nieces and nephews, great and great-great. She is faithful in remembering their birthdays which gives them much joy. To them, she is known as “Aunt Snooky”.

Sister David Clare and other SCNs were pleased to be part of the Pegasus Parade in Louisville in May, 2012. Forty SCNs and associates walked in the parade honoring 200 years of service to education, health care and the care of orphans, by SCN’s in the United States, India, Belize, and Nepal. 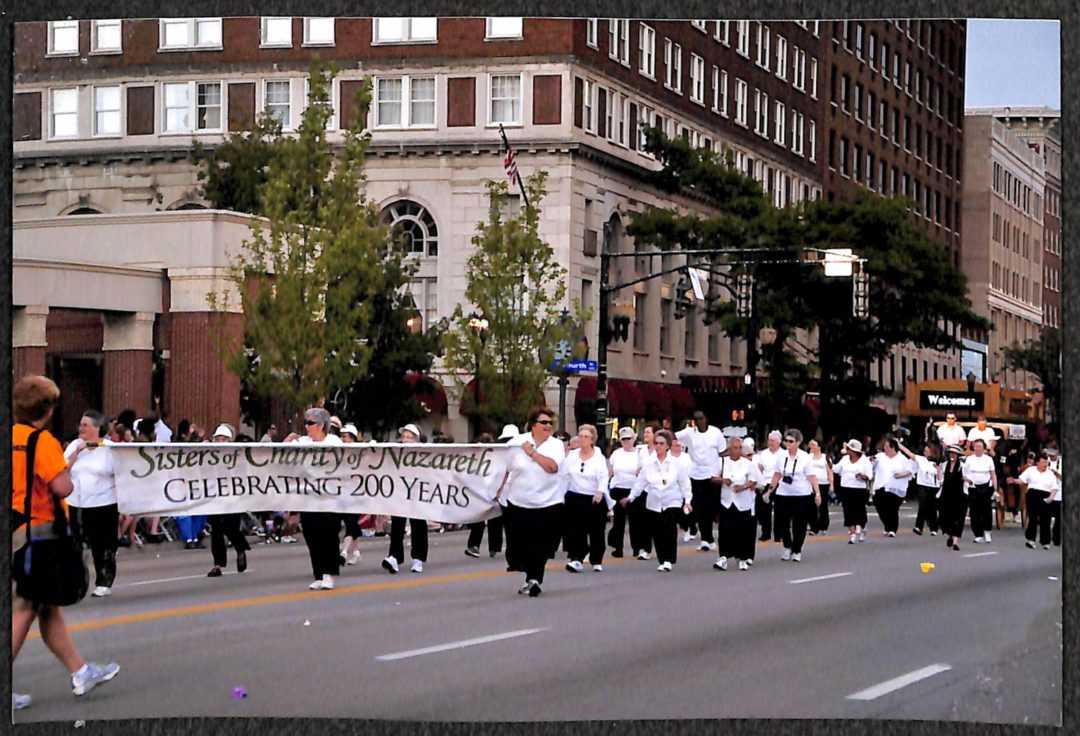 Sister David Clare is presently a resident at Nazareth Home Apartments and continues to be involved in many charities. She is grateful for the privilege of living with Sister Betty Vannucci on the “ HILL”. Joined with Sister Betty, Sister David Clare and twenty-one SCNs who live on the “HILL”. The Sisters support many charitable works at Nazareth Home especially visiting patients.

Sister David Clare thanks God for her SCN Community. She is grateful and honored to be a Sister of Charity of Nazareth following in the footsteps of Mother Catherine Spalding by continuing to serve those in need.