A class IV school dropout, Sabitri Dhakal produces three thousand kilograms of mushrooms and earns a substantial earning from the sale of honey. Coming in contact with the Navjyoti Sisters in Surkhet and joining one of its farming cooperatives, Sabitri was able to transform her family’s savings within a short span of time with hard work and determination.

Not long ago, Sabitri and her husband, Nilaram Dhakal were migrant workers in Mumbai, India. Nilaram was a class V dropout. In 2005 they sold their livestock and house in a remote village in the hills for US dollars 160 and migrated to Surkhet with her two children. Living in a rented house Sabitri reared livestock for a living as her husband continued to work in India as a laborer. In her struggle to feed and educate her two children, Sabitri came in contact with the women of one of the self-help groups of the Navjyoti Sisters at Upper Padampur village in 2008. Without losing any time, she joined the six-month skills training program at Navjyoti Centre. From the skills and empowerment training programs, she gained self-confidence besides the needed skills. Bee keeping interested her the most. She discontinued the training mid-way for she was a single mother to care for her young children and to provide for the family.

Sabitri did not give up. Working hard, she hoped for more. She sold milk for their daily living expenses. In 2010, Sabitri took a loan of Rs. 13,000 on an interest of twelve per cent from Navjyoti Cooperative to start a grocery shop from her rented room. She was successful in her first attempt in running her business that she paid back the loan and made some profit within nine months.

With the income from the shop and the earnings from her husband, they were able to purchase a piece of land. As the years went by, they made a small house in their land in Surkhet. That was a real taste of success for they never thought that they would ever own a piece of land or house in Surkhet.

Sabitri did not stop at that for she had big dreams for her family. She encouraged her husband to try his hands on bee-keeping instead of working as a laborer in India. She taught her husband the techniques of bee keeping that she learnt at Navjyoti Centre. Along with it, they also cultivated mushrooms. Nilaram attended some of the training for mushroom cultivation offered to the farmers at the government agricultural department in Surkhet. And he in turn taught Sabitri how to grow mushrooms. Since the bee keeping requires a lot of movement depending on the seasonal flowering of vegetables and trees, her husband manages the bee keeping and Sabitri and her son manages the shop and the mushroom cultivation.

Green houses are made with plastic sheets and straw to create the required humidity to grow the mushrooms. They also give regular employment to three other persons.

Over the years, her business expanded exponentially that she has a supply of over five hundred thousand in her shop. They have purchased another piece of land to expand the mushroom cultivation. Sabitri is a proud owner of a two-floor house with a tenant and a successful family business.

Hand in hand with each other, Nilaram and Sabitri work to reduce the gender disparity that normally exists in their society. Whether in family or in business, they make their decisions together.

Sabitri and Nilaram were noticed for their hard work and the good quality steady supply of mushrooms and honey in the local market. The local farmers appreciated some of their bold initiatives, cooperation and leadership. 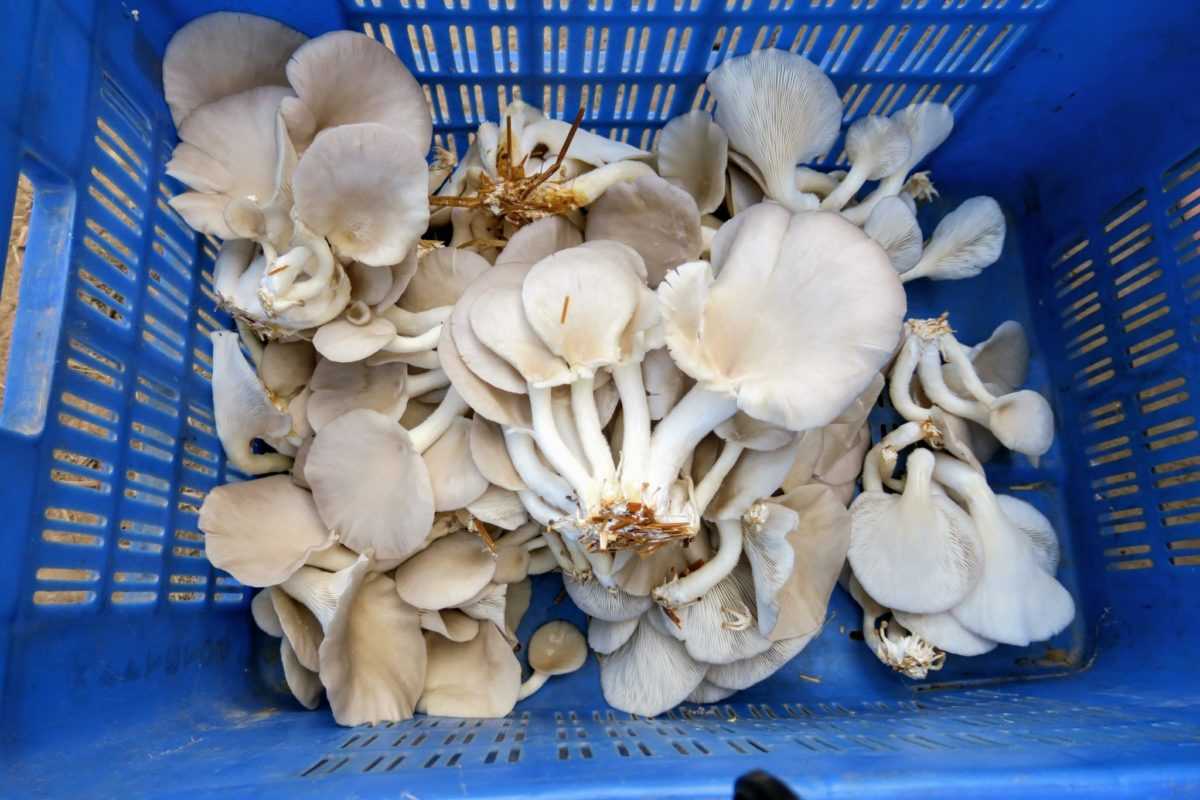 Nilaram took advance training in mushroom cultivation techniques from the Surkhet regional agricultural department. He is not only the vice president of the farmer’s organization in Surkhet, now the Mid-West Province but also gives training in mushroom cultivation to other farmers. He received the best farmer award for the innovative farming from the president of Nepal in 2015.

Sabitri is so very grateful to SCN Sisters at Navjyoti for she not only received the skills training at the right time but also she was able to find potential leadership qualities within herself though the empowerment programs to transform her life and the life of her family members. Sabitri is a happy woman and mother.