This shrine was built in 1870 by Belgians Casimir and Frank DeLeuil, nephews of Rev. Polydore Fermont, chaplain at Nazareth 1868 – 1872. When a life-threatening storm raged while they were en route from Belgium to America in 1869, the two young men promised Our Lady that if she would bring them safely to shore, they would build a shrine in her honor. Frank and Casimir came to Nazareth to work as carpenters, so within a year, they completed the shrine. Their mother sent from Belgium framed pictures of the fifteen mysteries of the rosary. These were hung and a white marble prie dieu was placed before a statue of Mary holding the Christ Child. The brothers built the curved benches. 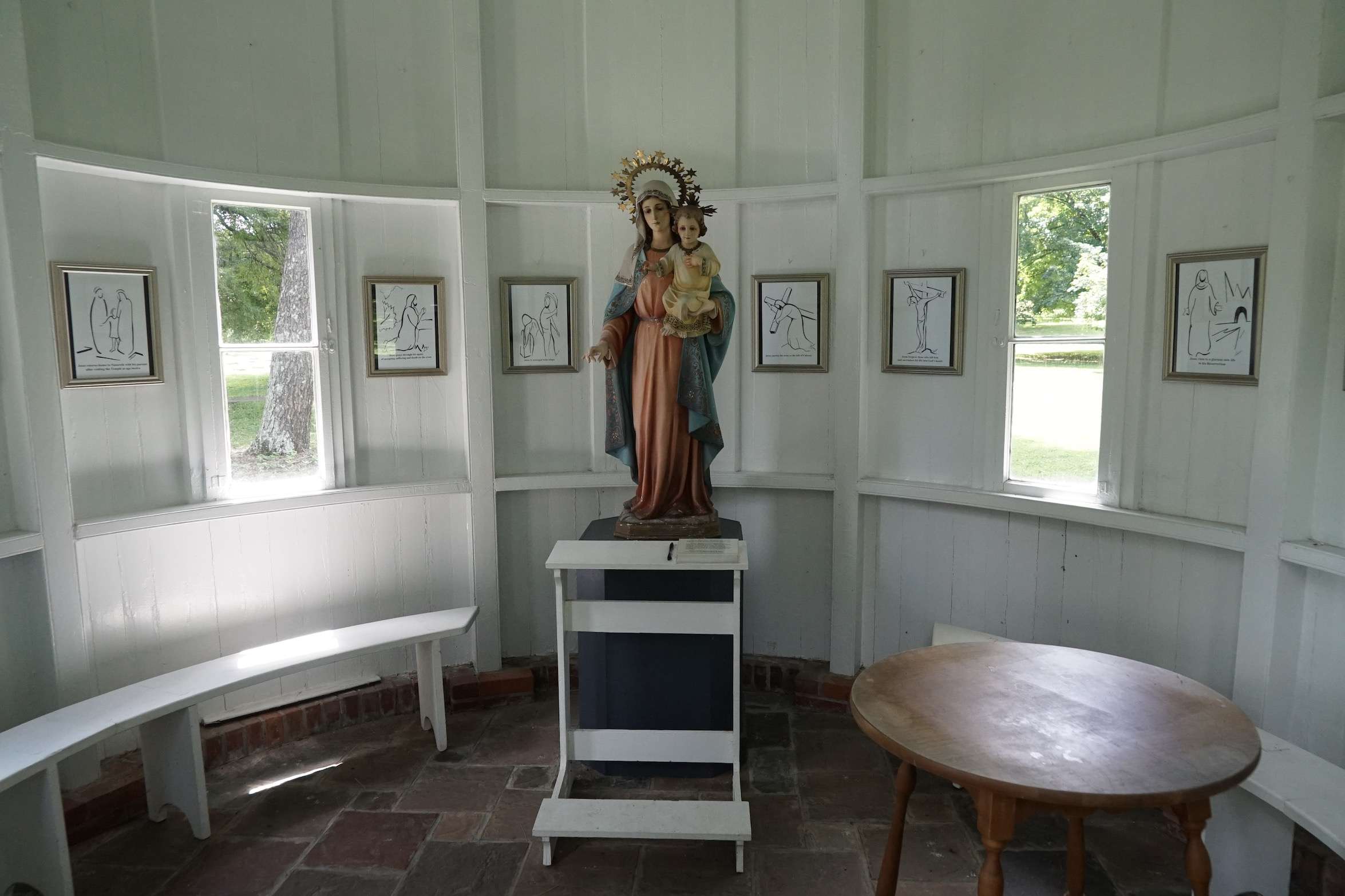 Click on the photo to see all of the new images created by Sister Luke Boiarski.

Frank DeLeuil returned to Belgium to care for his mother after his father’s death. Casimir worked as a carpenter at Nazareth until his death, July 9, 1876, at age 31. He is buried in this cemetery. In 1938, Idalie DeLeuil, cousin of Casimir and Frank, came from her home in Louisville to make a retreat at Nazareth. She spoke lovingly of her cousins.

The shrine has been refurbished many times. The current ink drawings of the Mysteries of the Rosary are the work of Luke Boiarski, SCN, in 2020.

For more than a century and a half, the shrine has been cared for as a witness of the faith of two young men, of the Sisters and students here. Its unusual design attracts visitors who continue to find it a place of rest and prayer and place their lives into the care of Mary.