As part of Room in the Inn, Nelson County churches last winter gave food and shelter to 54 people who might have been left out in the cold.

This week, Dee Vernon encountered one guest who is no longer homeless.

“I just ran into him today, and he’s doing very well. He has a good job and a car,” she said.

Room in the Inn isn’t intended to help homeless people solve all their problems. Its mission is simpler — to provide a warm welcome, a hot meal and a bed for the night. But sometimes that’s a start, and volunteers are encouraged when they learn about guests who have gotten on their feet.

Last year, there were several. A young woman got a job and a mobile home. A man got approved for disability and has an apartment. Another who was working but had no other place to sleep is back with his family. And another who is now self-sufficient said he wants to volunteer.

Room in the Inn, a partnership of churches and faith groups that provide overnight shelter, begins its second year in Nelson County on Nov. 1. It will continue at least through March 31, as it did this past year, but its leaders already want to make it a year-round mission by getting a second group of churches to provide shelter the rest of the year.

“That’s our goal,” said Barry McGuffin, the partnership’s executive director. “We really want to pick up April 1 with a whole new set of churches for the summer.”

McGuffin and Vernon agreed it’s too much to ask the same churches that now provide volunteers, food and shelter to do so throughout the year.

“That would give each team six months to rest,” he said.

All the churches and faith groups that were part of the effort last year are back again for 2017, along with a couple more, Faith Worship Center and St. Gregory Catholic Church. Last year, they provided about 200 volunteers and more than 9,000 service hours.

There’s quite a bit of work that goes into the effort, McGuffin said. Some volunteers cook or serve meals, some provide transportation, some help with administrative work, and some stay overnight with the guests.

The Sisters of Charity of Nazareth provide a prayer ministry that McGuffin and Vernon believe is as valuable as the other assistance they offer. 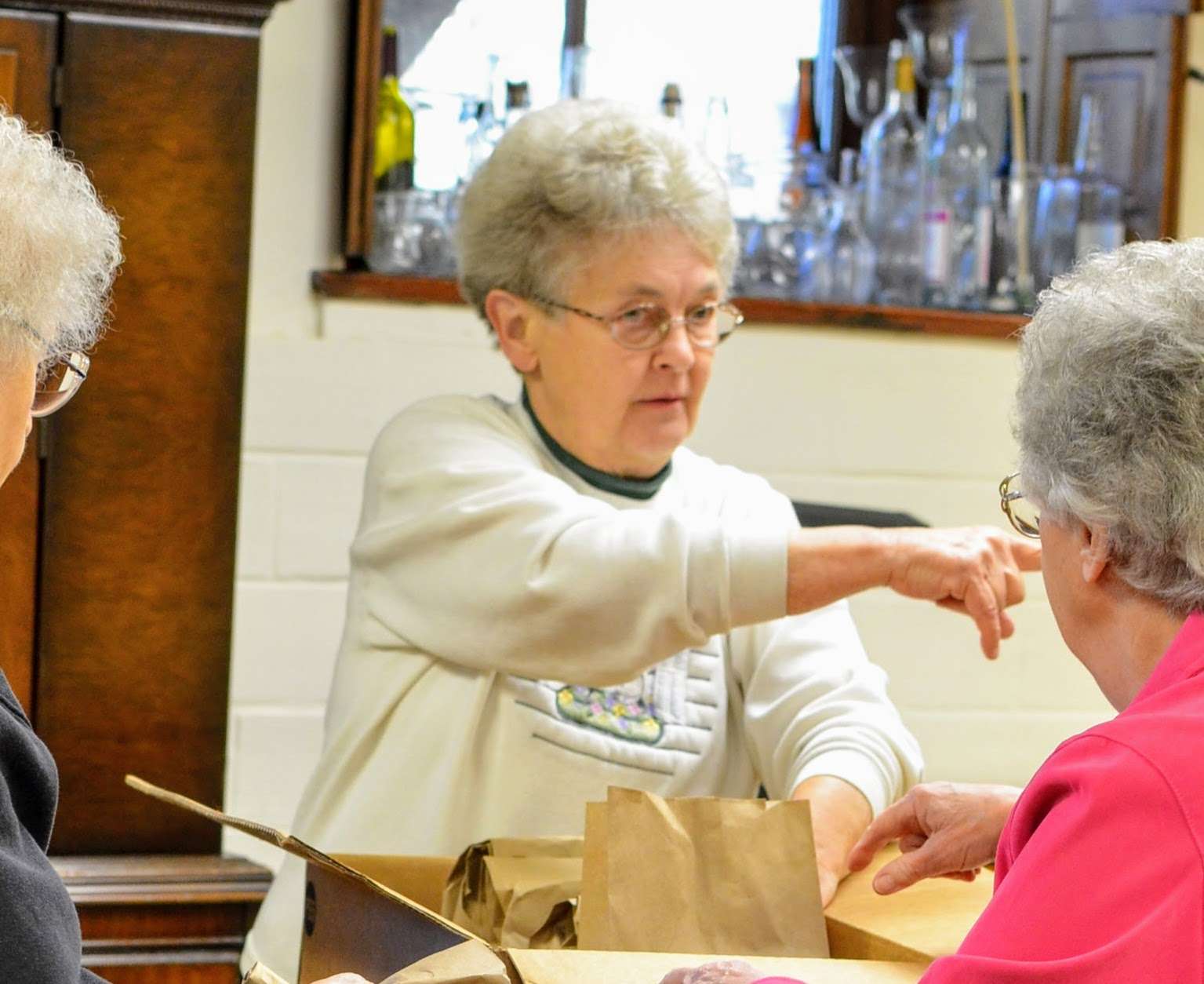 Last year, Sister Janet Ballard said, she recruited 38 members of the order; this year, she has 70. The nuns pray for the ministry during their liturgy and night prayers, and are assigned particular churches to pray for on the night they host their guests.

“Many of them, it’s been their life to work for the poor, and prayer is essential to our lives,” Ballard said.

She shared a story about a nun who was praying for a homeless man with a problem that looked as though it would take a long time to resolve. She was herself quite ill.

One night, Sister Janet went into Sister Mary Jane’s room and noticed she was in great pain, but she still prayed for the man.

“She said, ‘I will offer up my pain for him tonight,’” Sister Janet recalled.

“He said, ‘I know it’s because the sisters at Nazareth prayed for me,’” said Sister Janet.

In addition to the 16 churches and faith groups that are signed on as partners in Room in the Inn, other groups also help. Last year, for example, when Bardstown Christian Fellowship’s two churches sheltered the homeless on Friday night, their neighbor, People’s Church, which has a fish fry every Friday, provided the food and will do so again this year. Mill Creek Baptist filled 40 backpacks with nonperishable foods and toiletries to give guests on their first night and plan to up that number this year. And various community groups gave Christmas gifts or helped in other ways.

“People would just drop stuff off” for the guests, Vernon said.

McGuffin, who also is executive director of Bethany Haven, a transitional shelter for women, children and families, said that in 2016-17, Room in the Inn doubled the number of homeless people Nelson County was able to help. More than half were from here, and many who weren’t living here on the streets had local ties.

For local people who were sheltered, the average stay was 13 nights, and for transients, it was three nights, Vernon said. About three-fourths of the guests were men, and a quarter were veterans.

Last year, the guests arrived at the intake center at St. Vincent de Paul Ministries at 5 p.m., where they signed in and, if they were new, had a police background check. Then volunteers would come and take them to the host church, where they would be fed and given a cot for the night.

This year, there will be a new intake center, but its location hasn’t been determined. Until it is, people can call McGuffin at (502) 343-7000, and he will tell them where they can go to sign in.

McGuffin said last year the background checks flagged eight people who had outstanding warrants, and six of them were arrested, but there were no criminal or violent incidents at any of the churches.

Vernon said many of those who volunteered for the program were worried about possible trouble, but there wasn’t any, and those involved are more comfortable now staying with the guests. The safety of volunteers and guests is “our top priority,” which is why guests are screened and several volunteers stay with them overnight.