“As Hurricane Earl moved inevitably toward Belize in early August, some Catholic schools as designated hurricane shelters were being prepared to receive those who had to evacuate their homes which were inadequate to weather the storm. Earl hit bringing high waters that gushed into homes and other buildings. Its winds tore roofs away from beams and water poured in. Water destruction was severe and roof and ceiling damage equally so. As some of our schools sheltered families, up to three weeks after the storm, others endured damages that schools had no way to repair and restore. 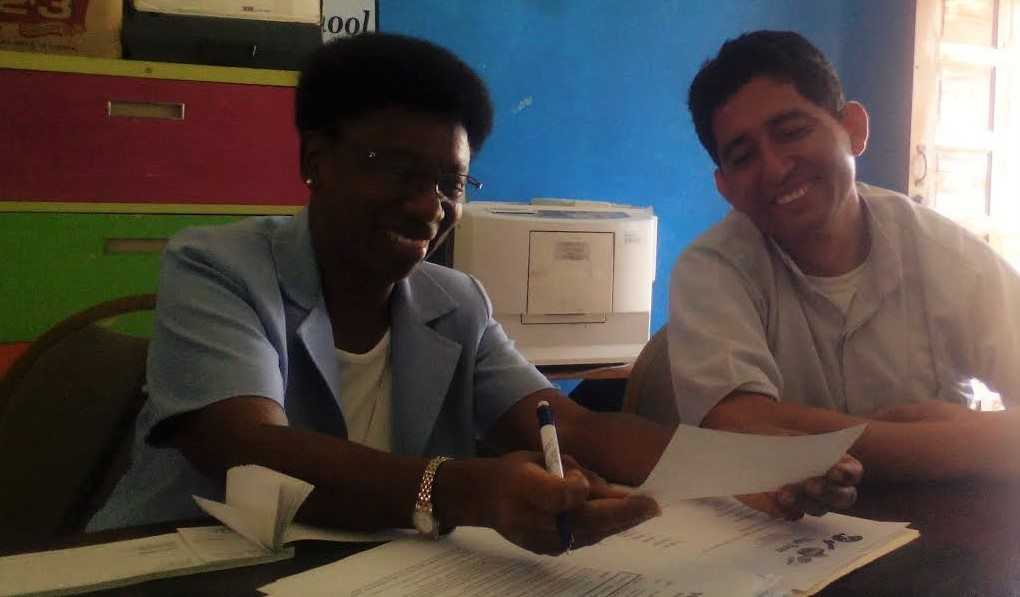 “Sister Barbara Flores, General Manager of Catholic Public Schools, after ascertaining that principals and teachers had remained safe during the storm, immediately began the work of assessing the damage to school buildings, meeting with Bishop Chris Glancy, parish priests, and local managers and principals of affected schools. Would schools be able to do repairs in time for them to reopen as scheduled? Would children have a classroom to come to? In appealing for help from several sources both local and international, assistance was not forthcoming. Then some good news arrived … Immediately on learning the need of this part of Belize, the Sisters of Charity of Nazareth had offered a generous amount of funds to get the work going. What a relief! How good God is! Thank you God for the hearts of the kind generous faithful hearts of our scn family, associates and friends!

“Estimates for materials lying on desks were transformed into materials being bought, equipment entering school gates, damaged ceilings and roofs being removed, the sound of tools and the sight of workmen lifting, drilling, sawing, while eager principals did whatever they could to help keep the work going. Will we be ready for the first day of school, Sept 5th?

“Sister Barbara personally delivered checks to assist in covering costs, the gift of the Sisters of Charity. Those present had hearts filled with gratitude…the anxiety and hopelessness felt before the donation arrived now gone. The presentations of funds created a huge lift in morale generating a flow of positive energy, and confirmed commitment to our children that was beautiful to see. 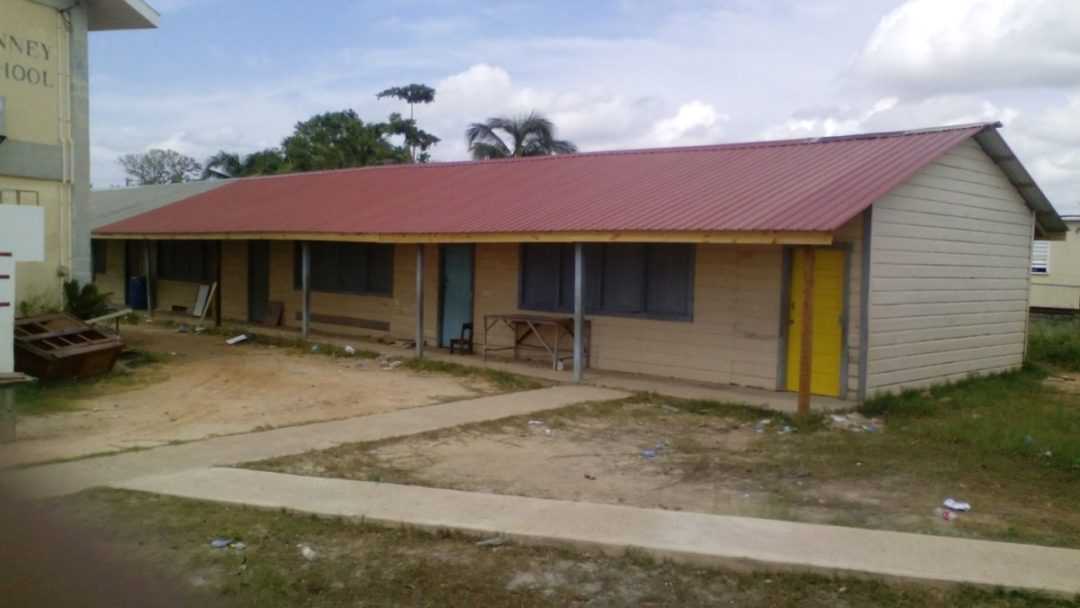 First roof to be repaired

“A significant amount of repairs is being accomplished and most of our catholic schools will be ready for scheduled first school day. And for those that won’t meet that date, workmen are laboring steadily, seven days a week. The delay of children returning to school will be minimal. Although more is needed for complete restoration, schools are preparing to work hard to do fundraising within their schools to bring life back to normal. The donation from the Sisters of Charity surely has given them beyond a great head start!

“As the children enter school gates on the first day of school, sharing their own stories of rising water, wind, mud, evacuation, wet mattresses, shoes floating in their homes, missing zinc roofs, cleaning up, waiting for water and electricity to be restored, they will know that the brand new ceiling and roofs were repaired and restored for them — that they are loved, and that their education is important.”