In Louisville, Kentucky, prayer vigil and protest against racial injustice was held at Spalding University. It began on the green called Mother Catherine Square where the president of the school, Tori Murden read and affirmed the statement made previously by the Sisters of Charity of Nazareth. All then gathered to stand in silence along 4th Street and held signs. Sister Chris Kunze and Sister Sharon Gray participated in the service. 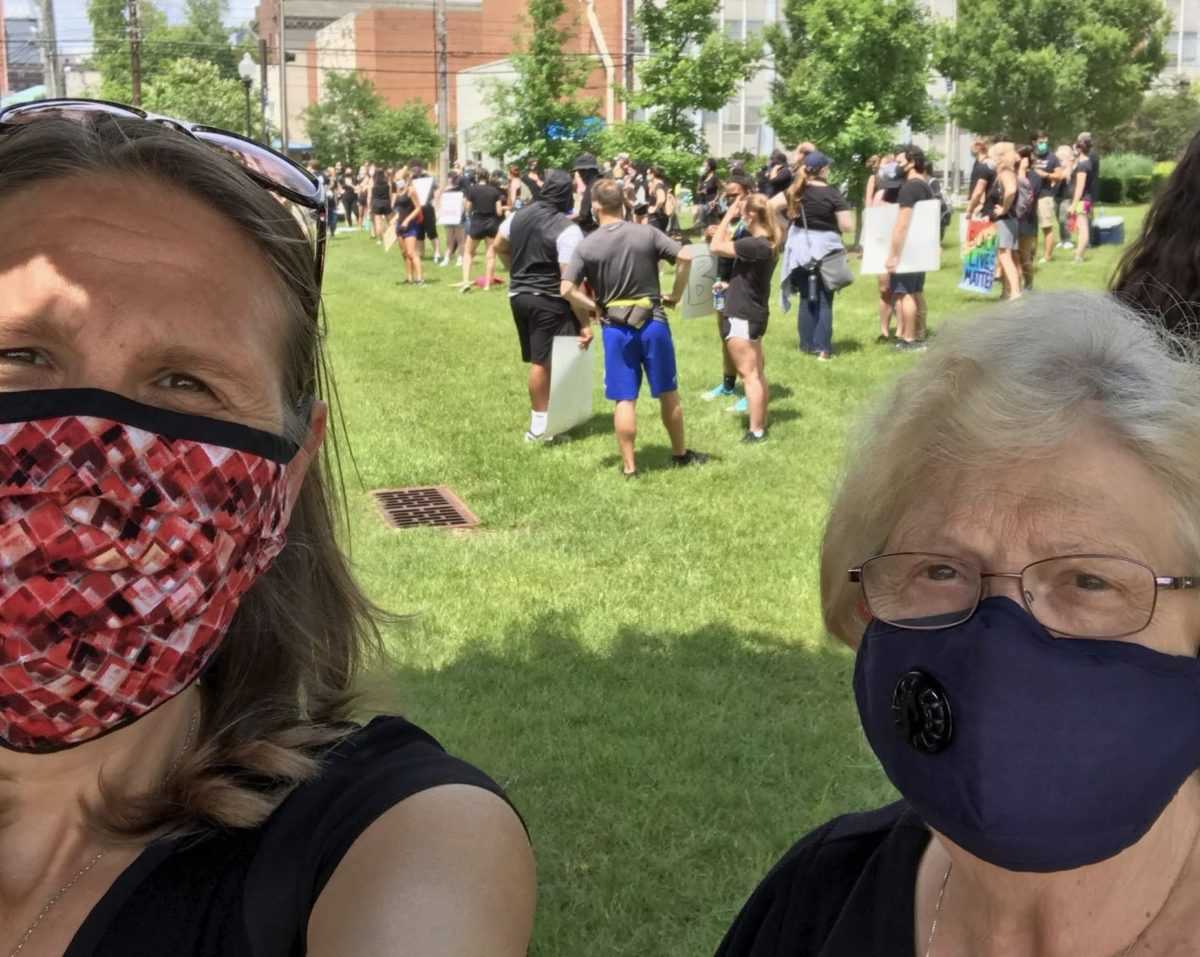