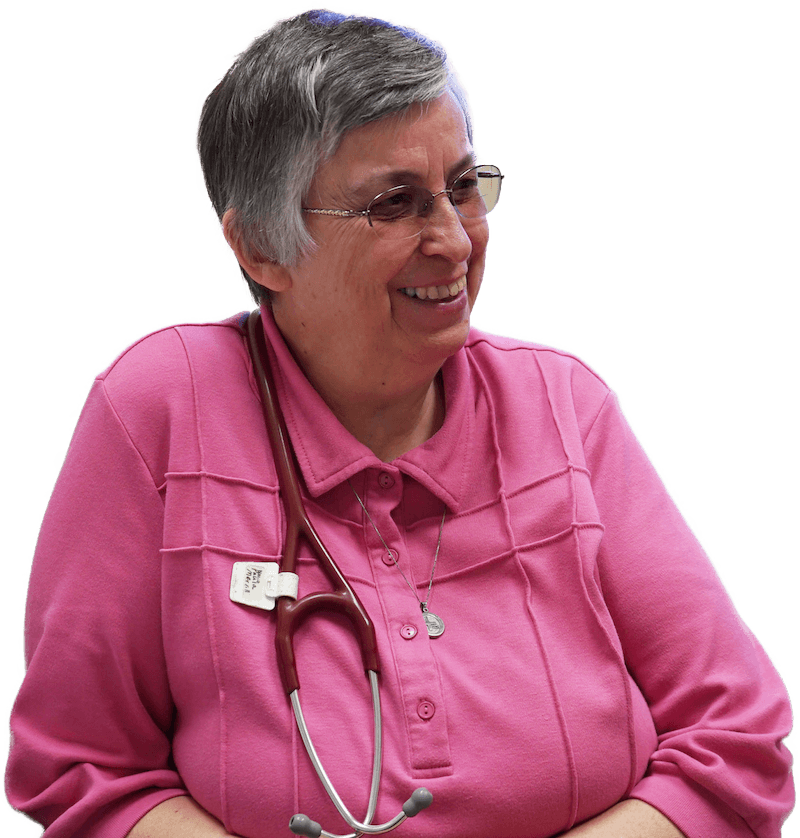 A Ministry of Compassionate Care

“Have you been feeling okay?”

Paula Merrill, SCN, asks these questions of Evette, one of her patients at Lexington Medical Clinic in rural Mississippi.

Located in central Mississippi, this clinic offers health care to all ages. In 2014, the clinic provided nearly 8,000 patient visits. The socioeconomic needs are great. Approximately 40 percent of the patients are uninsured or have only Medicaid, 41 percent of the county’s population lives in poverty, and 62 percent of those living in poverty are children.

“Deep breaths, in and out,” she says to Evette while listening with her stethoscope. 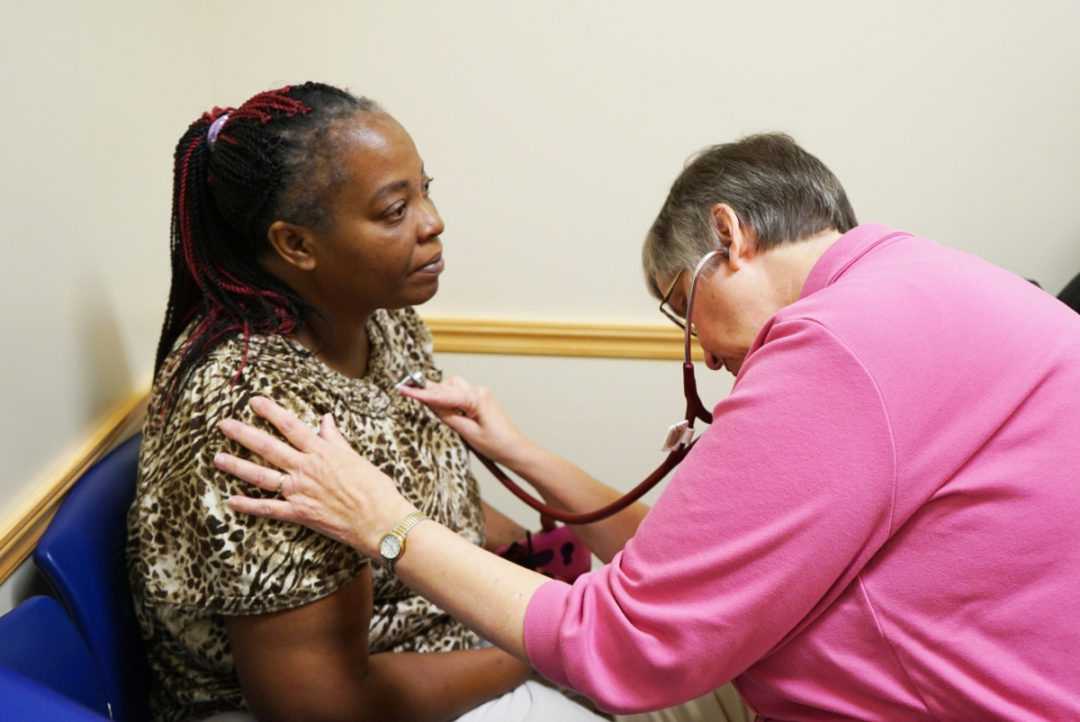 As she continues with her examination of Evette, Sister Paula reminds her to take her medications and encourages her to get a flu shot. Evette says she can’t afford the flu shot but maybe she’ll come back for it. Sister Paula won’t let her out of it that easily, saying, “Why, why not today? We have the flu shot here at no cost. It was donated.” And with that, her patient agrees to the shot.

“I couldn’t resist the snacks at work,” Evette explains.

Evette’s mother, Eva, had to have her leg amputated at the knee due to diabetic complications.

Sister Paula takes her time with Evette, and her mother Eva who has joined her for today’s exam. She answers questions and gives medical advice. She listens to their concerns.

“That’s part of the training. That you listen,” Sister Paula says.

Sister Paula has served in health care ministry in Mississippi for over 30 years. She has served at this particular health clinic as a nurse practitioner since 2010. “I’ve been a nurse forever.”

Watch Sister Paula in action in this video.

Born and raised in Massachusetts, Sister Paula moved to the South as a second-year novice with the Sisters of Charity of Nazareth. Her landscape changed to include the green, climbing, beautiful but invasive kudzu and acres of cotton fields that look like snow. She had to get used to the thick heat that lasts until December. But she felt a connection and a need to serve the people. She has been there ever since.

At the clinic, Sister Paula serves both children and adults. As much as her ministry serves the people medically, Sister Paula also spends time helping people in other ways.

“We do more social work than medicine sometimes,” she explains. “Sometimes patients are looking for a counselor.”

A headache brought Jacobi, age 4, to see Sister Paula. She checks his ears, asking his mother about his symptoms. She asks about his medications and listens to his heart and lungs. She notes no infection and diagnoses the boy with a cold. Her peaceful demeanor keeps the child calm and relaxed and he smiles as he tells her about his favorite cartoon characters.

Sister Paula shares the bulk of the clinic’s caseload with Margaret Held, SSSF, who is also a nurse practitioner. Every other week, the doctor on staff, Dr. Abboud, visits patients at the clinic.

Dr. Abboud is very appreciative of the care both Sister Paula and Sister Margaret give to their patients. “Paula is great. She is thorough and aggressive,” he says. “They help the patients so thoroughly. That’s the compassionate way to do medicine. They go the extra mile. No doubt about that.”

Willie Paul, a local farm worker, has known Sister Paula for 12 years. He started out as her patient and over the years, the two have become friends. Sister Paula has helped him become a healthier person. He says he’s not sure he’d be alive today without Sister Paula’s advice and encouragement. 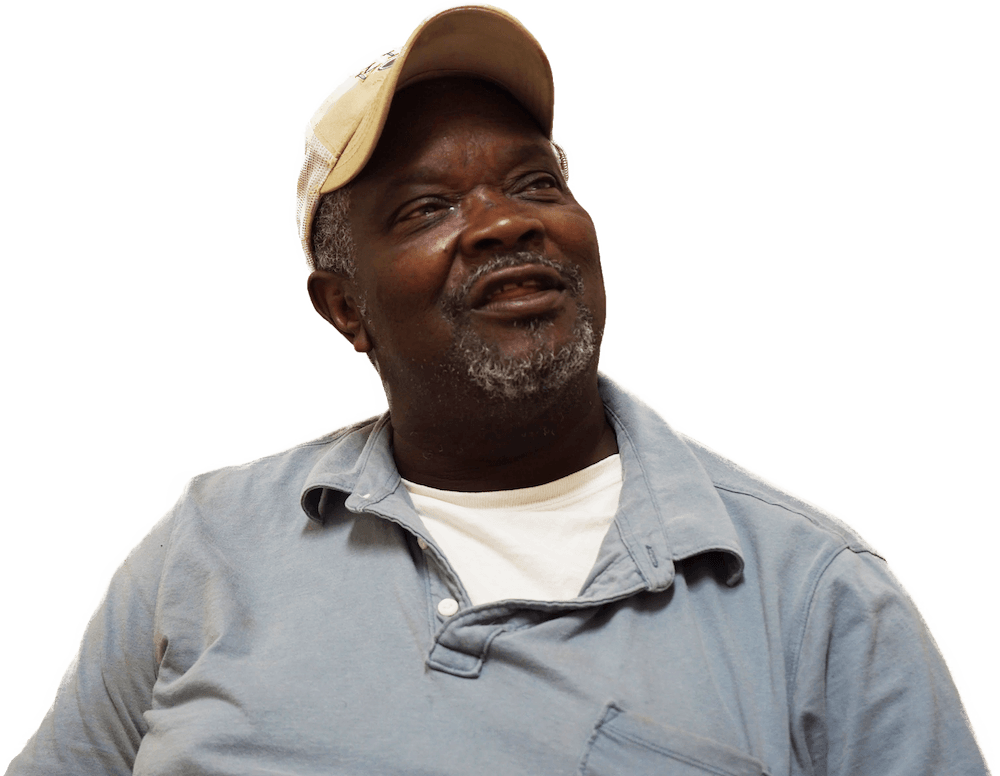 “She’s great. She’s an honest person. I can’t look for a better doctor. I’m telling you the truth. My friends would say the same thing.”