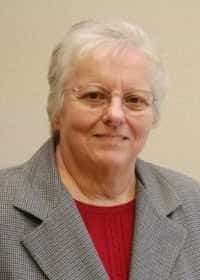 Maria Estelle Chopnak, SCN, 83, a native of Munhall, Pennsylvania, died at Vincentian Home, Pittsburgh, Pennsylvania, June 21, 2021. She was a professed Sister for 67 years.

Sister Maria Estelle earned a Bachelor of Science degree in Education from Carlow College, and a Masters in Administration from the University of Dayton, Dayton, Ohio. She taught in elementary schools in Pittsburgh, Greensburg and Youngstown, Ohio for 27 years. In Pennsylvania, Sister Maria Estelle also served as a principal in Mt. Pleasant, North Huntingdon, and Masontown. In 1998, Sister Estelle took a position in pastoral ministry at Light of Hearts Villa in Bedford, Ohio where she served for 14 years. When Sisters described Sister, they would often mention her quick wit and sense of humor.

She is survived by cousins; friends; and by her religious community.

Friends will be received at Sacred Heart Chapel, 8200 McKnight Road, Pittsburgh, Saturday, June 26 from 9:00 a.m. to 11:00 a.m. The Mass of Christian Burial will be offered in the chapel on Saturday, June 26, at 11:00 a.m., followed by interment in the Sister’s cemetery on the convent grounds.

Memorial donations may be made to the Sisters of Charity of Nazareth, Office of Congregation Mission, P.O. Box 9, Nazareth, Kentucky, 40048-0009.