It’s been almost three years since this dream project started. In these past two years, a lot of work has been done to bring water from the river to every household. Conducting series of meetings in the village, collaboration with local people, government (ward office, municipality, etc), the formation of consumer committee, construction of infiltration gallery, construction of gabion wall around the infiltration gallery to protect the gallery, extensive road maintenance and construction was done to reach all the materials needed to construct the tanks. 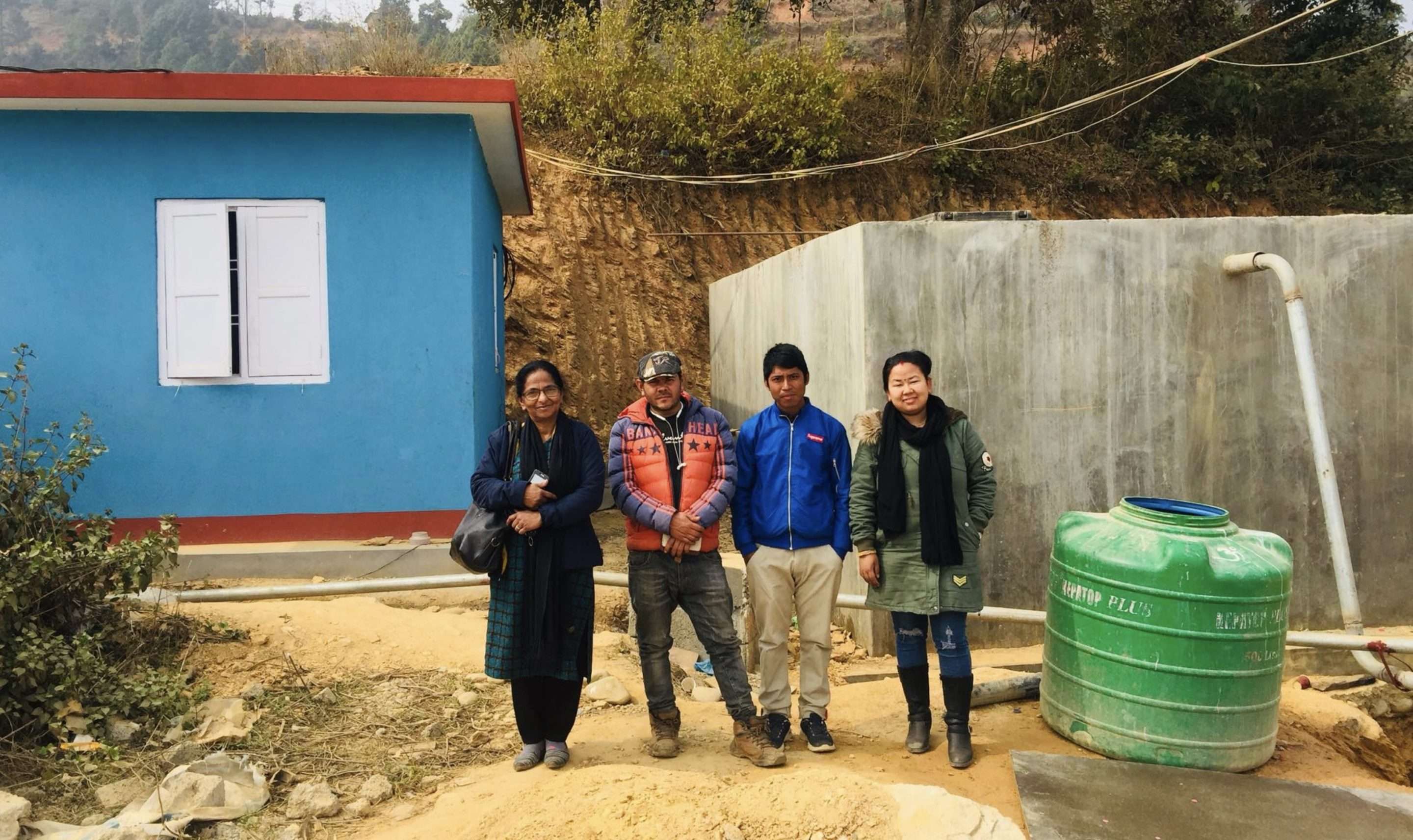 Further, The construction of 3 tanks has also been completed. Meanwhile, in collaboration with the Electricity Authority, we installed almost 50 electric poles, 3 transformers to run the project. The construction of powerhouse/pumphouse near all the three tanks is over and the installation of meter boxes inside the house is complete to keep it safe, and also the water pumps will be kept and run from that house. And all the powerhouses are painted and are ready to use. The pump house near the third tank will also be used as the office of this project from where this project will operate and the nominal fees for using the water will be collected.

Side by side, we had ordered pumps and pipelines from India for the distribution of water. All the necessary pipes reached to the factory in Kathmandu and it was made ready to be installed on the site. But during the rainy season in June / July 2019, due to the bad road conditions, transportation of all the pipelines materials to the site wasn’t possible. However, after the rainy season, the contractor reached the materials to the site safely and the installation work started. By the end of 2019, the connection of all the pipelines from the infiltration gallery to the first tank to the second tank to the third tank to the fourth tank is already complete. Also, the pipelines connections were checked several times if there is any burst or leakage in the pipes. Along with the pipelines fittings, the electrical pumps necessary to pump the water from the source to the infiltration gallery to the tanks were also inserted and they were also connected to the electricity to run them effectively. Further, after all the pipelines and pumps fittings and connections, the testing of the whole connections was to be checked if there is an error or any malfunction. So, in the presence of the contractors, engineers, NNS director & staffs, village leaders and people we several times organized a whole day testing of the whole project was done to check whether the pumps are functioning well, whether the electricity has enough voltage to pump a thousand liters of water as the same time and also the pipelines connections and tanks were checked again if there is any leakage. All the water tanks were filled with water and the exact time to fill all the tanks was also checked so that it becomes easier for the operator to do the work later on in our absence. There will be a necessity of three to four operators to run the whole project which includes operating the pump & electricity, pumping the water from the source to all the tanks, filling all the tanks, and distributing the water to all the households. These operators will also be appointed from the village by the drinking water consumer committee. 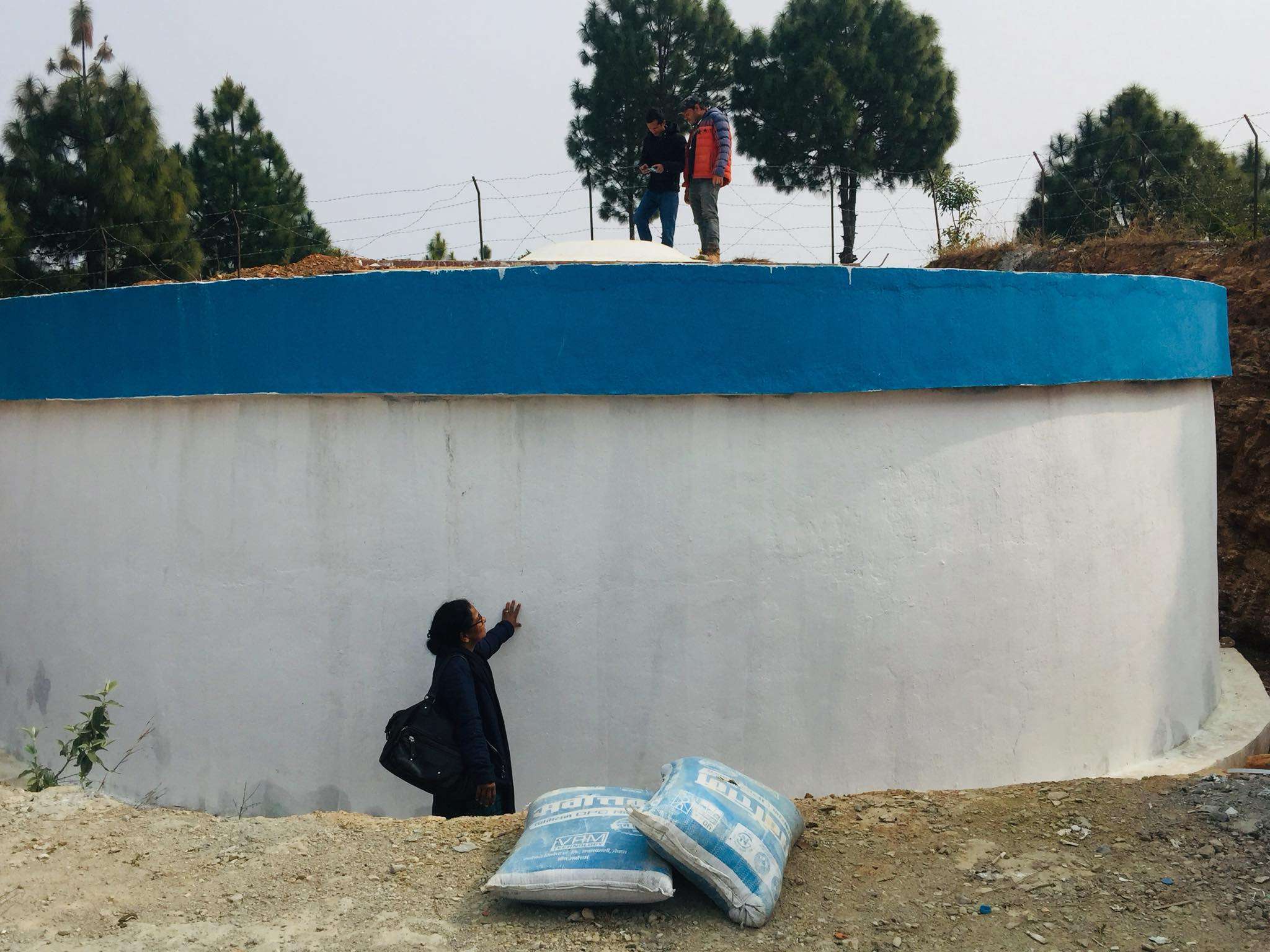 Keeping the part of sustainability and long term impact in mind, even after we finish and handover the project to the people the water consumer committee will run the project and every household that will consume water from this project will have a meter in every tap in all the households and they will be collecting a nominal amount of money and this will be kept in their fund which will help them to operate the project smoothly and fix things even if there is any problem. This will also bring a sense of ownership of the project among the people.

We were towards the end of the project, only a few finishing works were left to be completed but due to this global pandemic COVID-19, the project work did not go as expected. The whole project was supposed to be completed by the end of May and we were planning to inaugurate the project by the start of June before the monsoon started in Nepal but it has been delayed for now. Even in this crisis, we were fortunate enough to get a pass from the government to go to the project site because this project is for providing safe drinking water to the people which is one of the basic need of the people even in this crisis so NNS director, field staffs, NNS members, engineers, village people, and leaders are constantly visiting the project site by taking all the safety measures and following up with the work. The work appointed for the village people is going on by taking all the precautions. 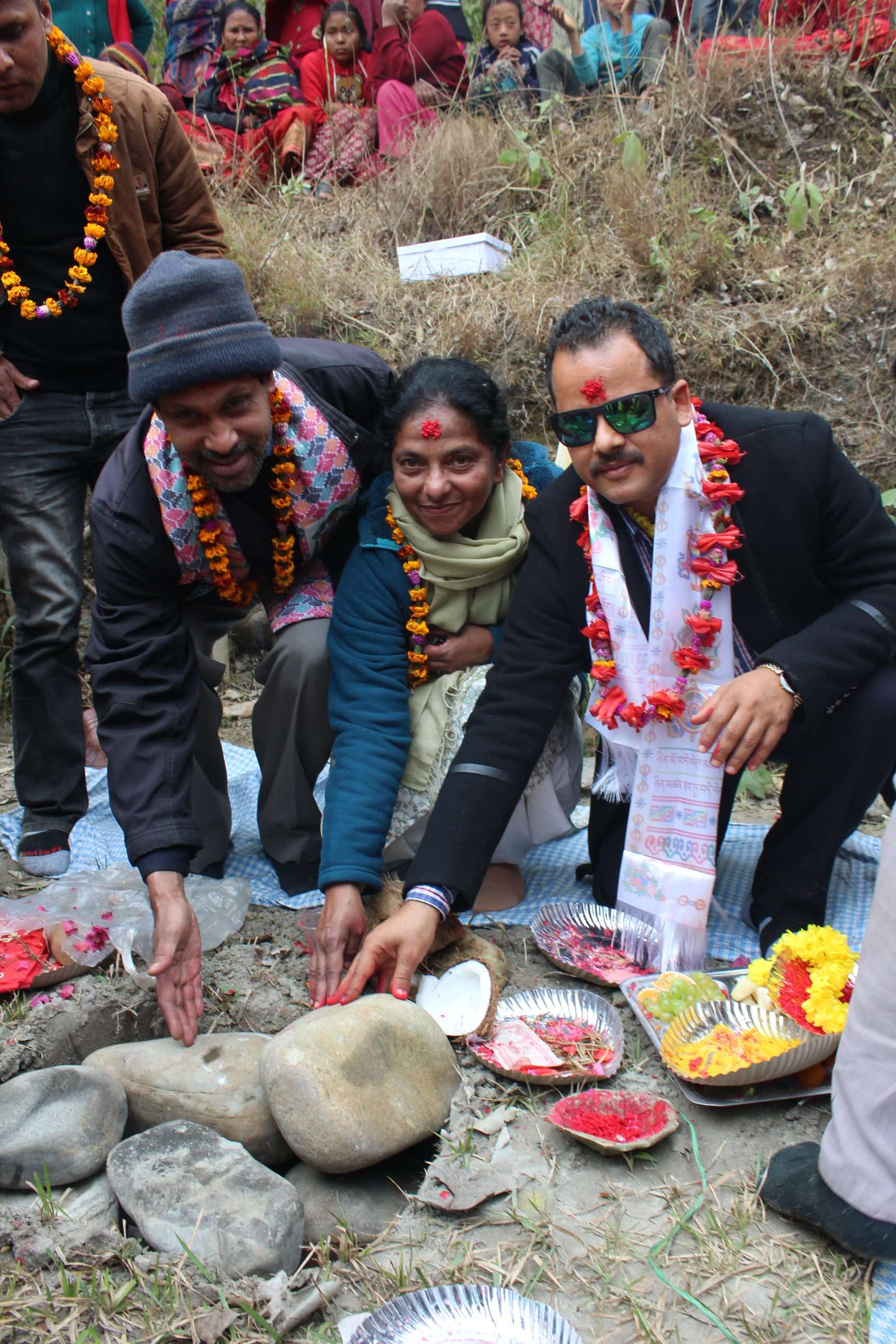 We are just hoping and praying that the world heals soon and we all get back to our normal life and start doing our regular work of becoming the voice of the voiceless and helping the helpless to help themselves. Also, we are expecting to complete our dream water project and handing it to the people and letting people enjoy their right to safe drinking water.