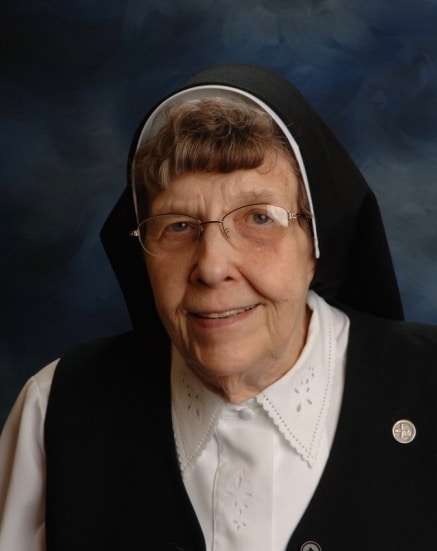 Mary Stephen Breznay, SCN, 87, died on Wednesday, October 9, 2019, at Vincentian Home, Pittsburgh, Pennsylvania. She was in her 70th year of religious life. Sister entered the Congregation of the Vincentian Sisters of Charity from Saint Michael Parish in Munhall, Pennsylvania.

Sister Mary Stephen received her Bachelor in Education degree from Duquesne University and served as an elementary teacher for 40 years in the Dioceses of Pittsburgh and Greensburg, Pennsylvania, Youngstown, Ohio, Mobile, Alabama, and Springfield-Cape Girardeau, Missouri. After her long career in education, she continued to serve through her ministry to the infirmed Sisters, Vincentian Childcare Center, and as the manager of the convent gift shop.

Sister Mary Stephen was most proud of her “Sister of the Year Award” presented to her by the Knights of Columbus. She felt this award recognized her deep commitment to teaching God’s little ones. When people met Sister Mary Stephen, they readily noticed her warm, quick smile, and lively interest in everyone and everything.

The songs “God Loves a Cheerful Giver, Give Him All You Got” and “Que Serra Serra, Whatever Will Be Will Be,” were songs that she sang often and well, and epitomized a life well-lived in dedicated service to God and others.

Sister Mary Stephen was preceded in death by her parents, Stephen and Mary Breznay, her siblings Mary, Ann, Helen, Stephen, Agnes, Joseph, Dorothy, Thomas, Regis and John. She is survived by her nieces, nephews and her Sisters in Community.