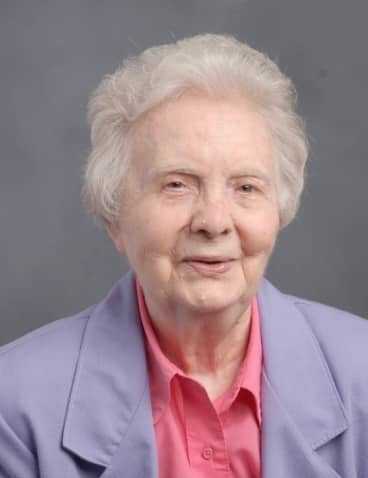 Marie Smith, SCN, 87, was born in Deer Lodge, Montana. She died on Wednesday, Jan. 23, 2019, at Nazareth, Kentucky. She was a professed Sister of Charity of Nazareth for 67 years.

Sister Marie served in educational ministries as a grade school teacher and choir director. In Louisville, Kentucky, she served at Sacred Heart, St. Brigid, and Holy Name. From 1966-1975, she served as principal, teacher and choir director at St. Vincent de Paul in New Hope, Kentucky. Her ministry from 1979-1986 was as an assistant at the Learning Center at Spalding College in Louisville. Sister Marie was involved in social service, serving as a teacher at the Nelson County Jail from 1990-1994. She was an organist for liturgies at St. James in Elizabethtown, Kentucky, and St. Francis Xavier in Mt. Washington, Kentucky.

She served her SCN Community in a variety of ways, including as a musician and chaplain, at Russell Hall and the Motherhouse on Nazareth campus and Nazareth Home in Louisville.

Sister Marie is survived by her siblings Robert Smith of Champaign, Illinois, John E. Cissell of Bardstown, Kentucky, Louise Simpson of Cox’s Creek, Kentucky, Theresa Ayers of Miami, Florida, and Margie Collinsworth of Columbus, Ohio, and by her religious community.

The Mass of Resurrection will be celebrated on Tuesday, Jan. 29 at 10:30 a.m. at St. Vincent de Paul Church, Nazareth. Burial will be in Nazareth Cemetery.