When an outcast community had their basic rights trampled on, the women took action. Sister Joel Urumpil is in ministry with a women’s group in Karmali Village who are standing up to an illegal mining operation.

There are 101 homes in Karmali, a small hamlet, in a remote forest area in Chatra Dist, Jharkhand, India. 95 percent of people in this village belong to the Dalit community, known for being placed at the bottom level of society. Most of the people live on government land doing daily wage labor and farming. 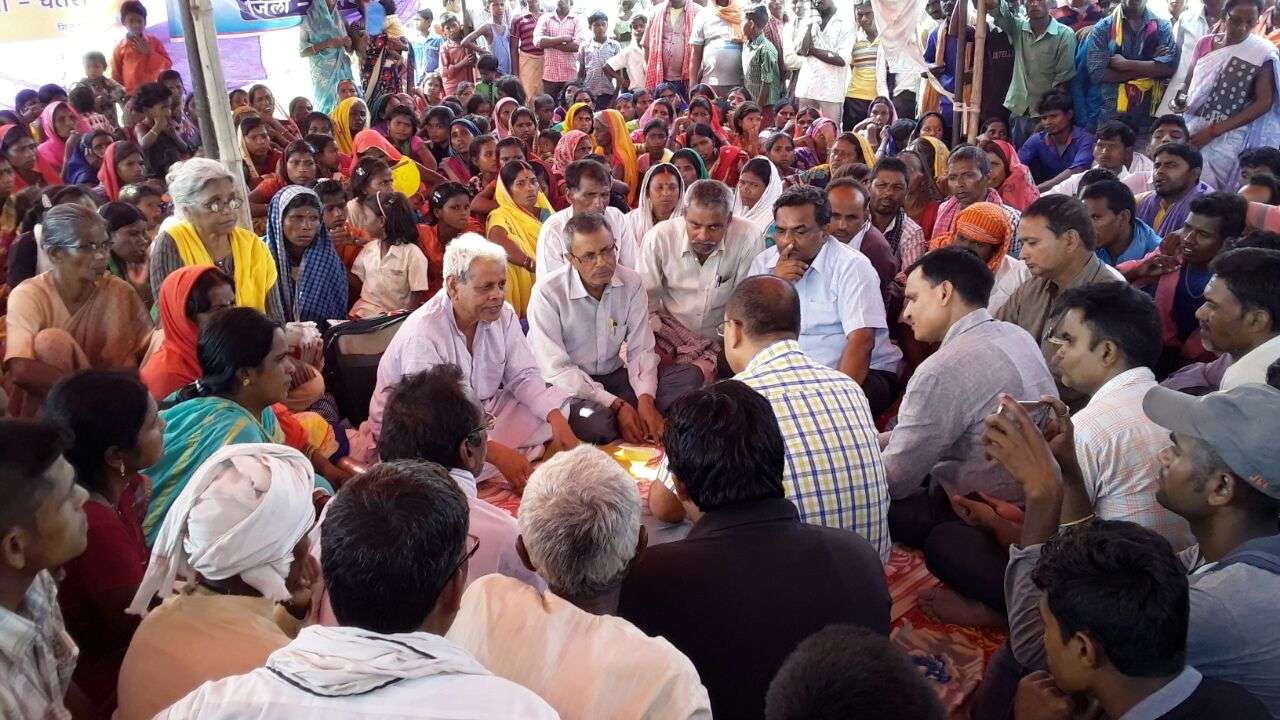 All of a sudden they noticed trucks and earth movers coming in and out of the village. They learned that a stone mining operation in progress. Gradually the pits were going down to 500 feet depths, stones were blasted out, homes and nearby schools began to have cracks, animals were killed, and three homes crumbled to the ground due to the blasting. People especially women could no longer get out freely. The water level was dropping and farming was disrupted.

Seeing the gravity of the situation the people organized under the leadership of Sushma Devi an illiterate woman; she was being guided by the people’s movements and Chetna Bharati NGO. The youth played a very important role in the struggle for justice. Routine advocacy steps were taken up, submitting applications for justice, meeting various government officials, and discussions with the village assembly were held, but to no avail. The miners were stronger in money and political clout and could convince the officials the importance of stone mining.

Finally, the women lead a series of campaign activities with the men and youth close behind. Activities such as rallies, public meetings, and a ten days hunger strike at the mining site, all to demand an investigation of the legality of the mining.

The study proved beyond a doubt that the mining was on illegal land, bypassed rules, and the miners had no legal permission. In spite of this report they tried to continue the work, but the women, about 500 from nearby villages, spontaneously marched, blocking the mining area, and stopping the work. Nonbailable cases are now imposed on 20 persons. After about two months of struggle, the mining is stopped and the people now are living in peace, but carefully watching their movements.