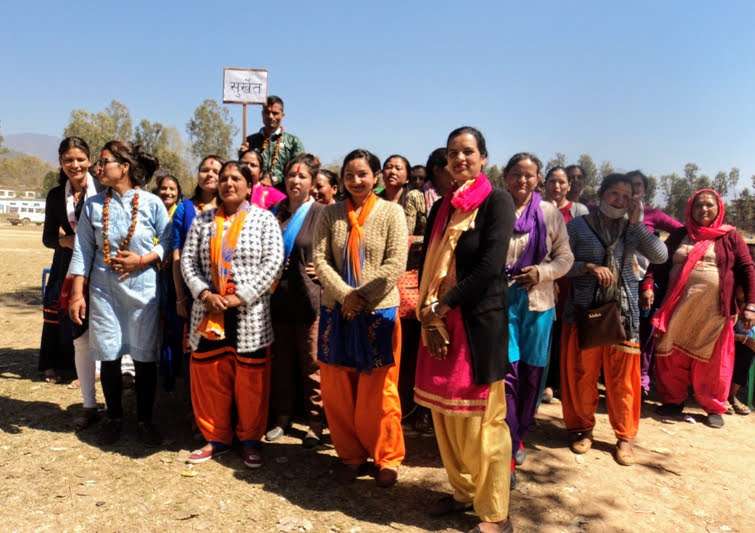 International women’s day was celebrated in Surkhet with great enthusiasm. The main slogan of the event was “Time is now: Rural and Urban Activities Transforming Women’s Lives”. The two-day program was planned by NGO groups under the leadership of Birendranagar Municipality. NGO groups and women participated in games on 7th March in the open ground near the Municipality office. Deputy Mayor, Mohanmaya Dhakal was the chief guest of the occasion. Navjyoti took lead in organizing the games – musical chair, bombing the city and tug of war between women from political parties, NGO representatives, government employees, and journalists. Winners were awarded prizes on 8th during the function which was the first one under the new provincial government.

The mass rally began from Mangalgadi chowk to the open stadium at 12 PM with placards, slogans, music, and dance. Thousands of women came out on the road to participate in the event. A cultural program was organized with a welcome song, dance, speeches, songs, drama etc. Finance minister and acting chief minister of Karnali province, Prakash Jwala graced the occasion. Dal Rawal, Social development minister, parliamentarians, officials of local administration were present for the function. Mohanmaya Dhakal, Deputy Mayor presided the function. Newly elected ministers of Karnali province promised to make the province, women friendly and to offer 50% reservations for women in every sphere. Child club members of Navjyoti performed a Tharu dance and skit on the typical condition of widows in Nepali society which made the audience very emotional. In the end, there was an evaluation of the rally which was kept as a surprise. Navjyoti won first prize for the best rally.