Inspired for a life of service

TaNaá Davis and Andreiona Williams have known each other since the sixth grade. They were instant friends and have remained close since then. So much so, that they complete each other’s sentences and burst out with laughter when a simple look between them communicates a message. Those who know them will tell you that the bond these two share has a commitment to service at its core.

Both women work with individuals with intellectual and developmental disabilities in Louisville, Kentucky. TaNaá is a receptionist at Lee Specialty Clinic and Andreiona works at Centerstone with Exceptional Teens and Adults. Andreiona also serves as a substitute teacher. They are involved in service projects with their church, and they have volunteered through the SCN Lay Mission Volunteer Program in Florida, Pennsylvania, Belize, Kentucky, and West Virginia. Both TaNaá and Andreiona light up when they talk about mission trips and their close relationships with Sisters Luke Boiarski and Nancy Gerth. The four have become dear friends sharing stories of family and faith with one another.

Surely their loving families laid the foundation for compassion. Both TaNaá and Andreiona also say that their connection with the Sisters of Charity of Nazareth has further fostered their dedication to helping those in need.

During the graduation ceremony from Spalding University, TaNaá received the Mother Catherine Spalding Service-Learning Award. This award is given to a graduating senior who embodies the spiritual values of faith, hope and charity. “I felt so humbled,” says TaNaá. “After receiving that award, I am committed to a life of service, modeling Mother Catherine’s life the best way I can.”

Margaret Rodericks, SCN, nominated TaNaá for this award. TaNaá credits Sister Margaret as the person who gave her advice and guidance that led her to be an honor student and a college graduate. “She inspired me to put God and studies first. She was the first person other than my mother who saw the best in me and helped me to see the best in myself.” 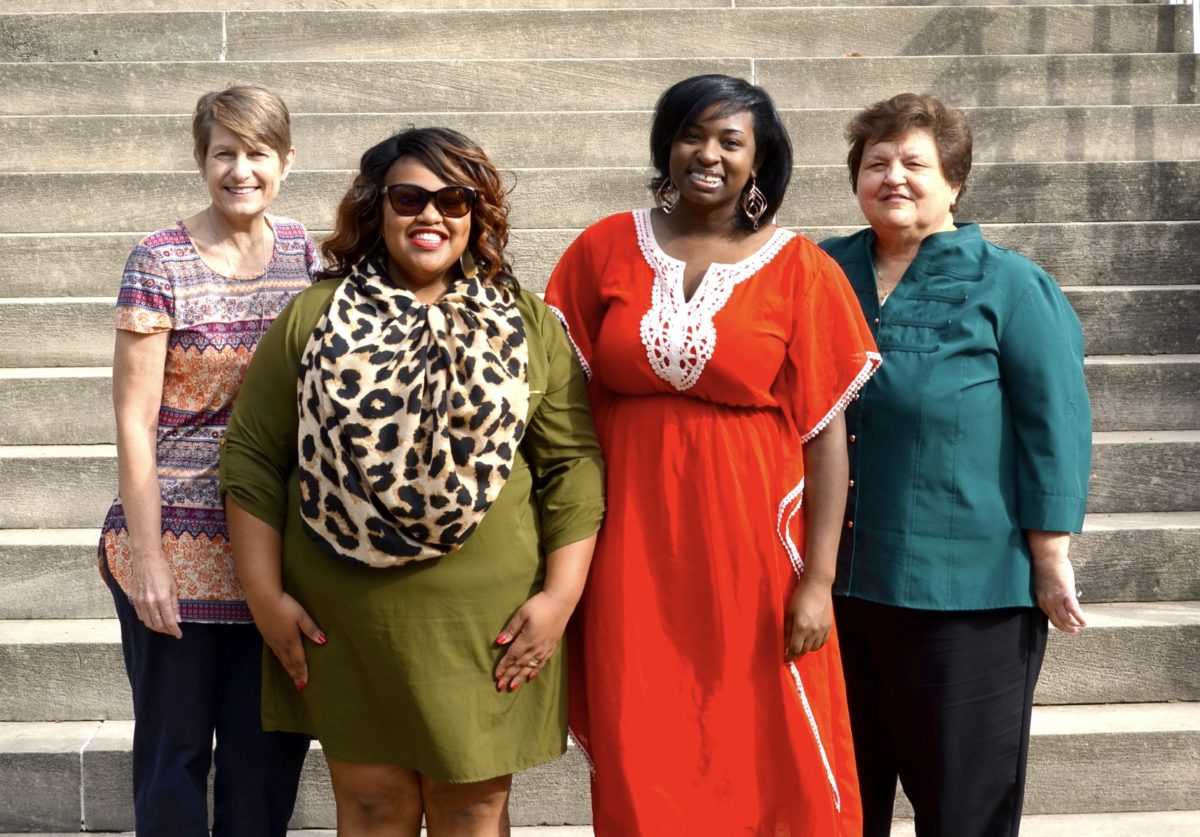 Left to right, Nancy Gerth, SCN, TaNaá Davis, Andreiona Williams, and Luke Boiarski, SCN, are pictured attending a Charity Alive retreat on the Sisters of Charity of Nazareth Motherhouse campus, Nazareth, Kentucky. Sisters Luke and Nancy are two of many SCNs who are friends and mentors to the two young women.

TaNaá and Andreiona are members of Charity Alive, a program for young adults designed to build and maintain relationships with the Sisters of Charity of Nazareth. The four components of this program are service, spirituality, support, and finding direction in life.

As a member of Charity Alive, Andreiona was invited to participate in the 2017 Vincentian Family Gathering in San Antonio, Texas. She joined other young adults, Sisters, and members of organizations founded by St. Vincent de Paul or inspired by his mission. The theme of this multi-day conference was “Welcoming the Stranger” with the purpose to build community, conversation, and systemic change around the realities of migration in North America. A bit nervous about where she fit in with this group, Andreiona cites this conference as a turning point in her relationship with the SCN community. Ironically, Andreiona found herself feeling like a stranger, and experienced a whole-hearted welcome by the SCNs who were there. “The Sisters adopted me into their family fresh out of college,” says Andreiona. “They have smothered me with love and have inspired me to LIVE ON PURPOSE.”

“My prayer is to be a woman of God who loves without limits just like the Sisters of Charity of Nazareth,” TaNaá says as she reflects on her relationship with the SCN community. Andreiona chimes in with a resounding “YES.” 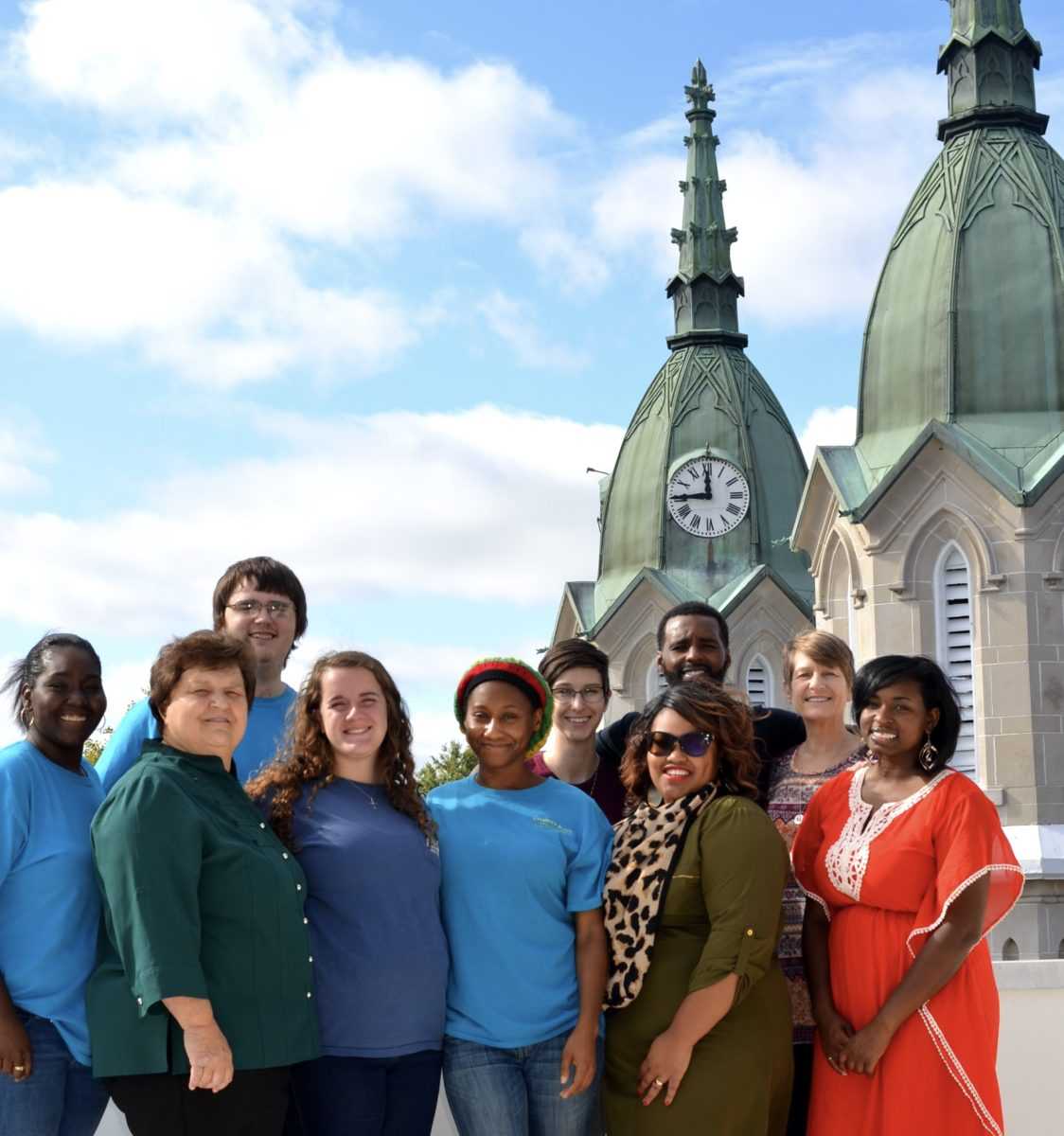 Charity Alive members came together for a retreat in October on the Motherhouse campus, Nazareth, Kentucky. The young men and women entered into a time of reflection, visited with Sisters, and discussed upcoming volunteer opportunities.