One young woman’s perseverance and strength is a guiding light for the girls who follow in her footsteps.

Haseena has a beautiful and confident smile. Going from home to work to visit friends is a breeze as she navigates the crowded streets of Gurgaon, India. This is where she has chosen to begin her professional career. Not far from the place where she grew up, and not far from the place she escaped as a young girl.

Haseena has met many people and made many connections through her education and professional life. She speaks highly of the teachers that helped build her confidence and encouraged her to speak her mind. She enjoys the team dynamic and her co-workers at her office.

Haseena’s strongest life connection is with the Sisters of Charity of Nazareth and the girls at Asha Kiran home. She refers to the Sisters and the girls there as her family. It is here that her formative years began. 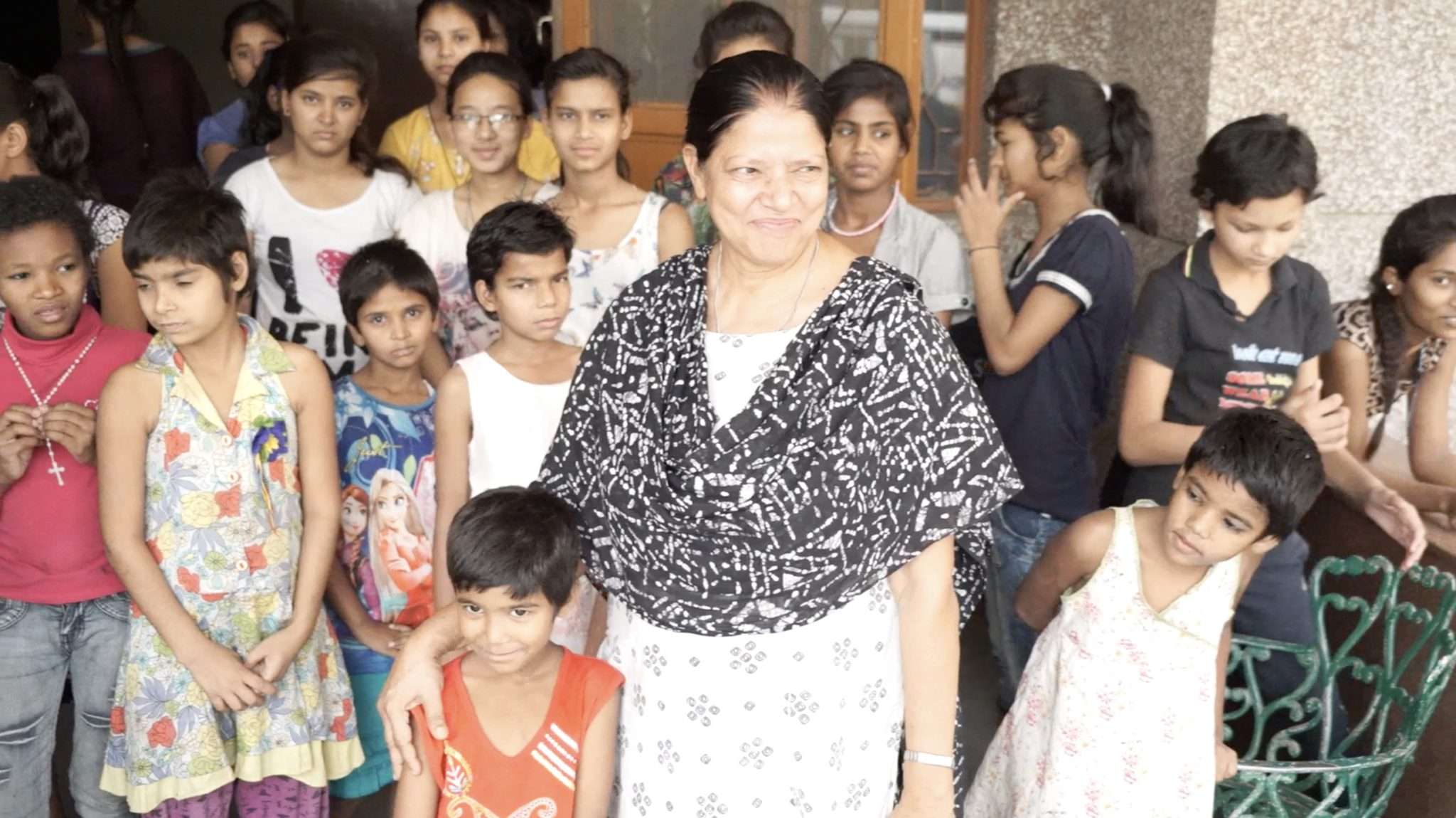 Asha Kiran is a place for girls to learn and find peace. Here they break the destructive cycles into which some of them were born and they find nurturing relationships that stabilize their lives.

It was here that Haseena developed into the successful woman she is today, and here that she grew close to many of the Sisters, like Lucy Puthukkatt, SCN.

“I use her as an example for other children. I tell the girls to look at Haseena and see how she is doing. She wants to make her life better, stand on her own, and be a good example to the young girls,” says Sister Lucy.

Life was not always as easy as Haseena makes it appear. She was born into dire beginnings and abandoned. 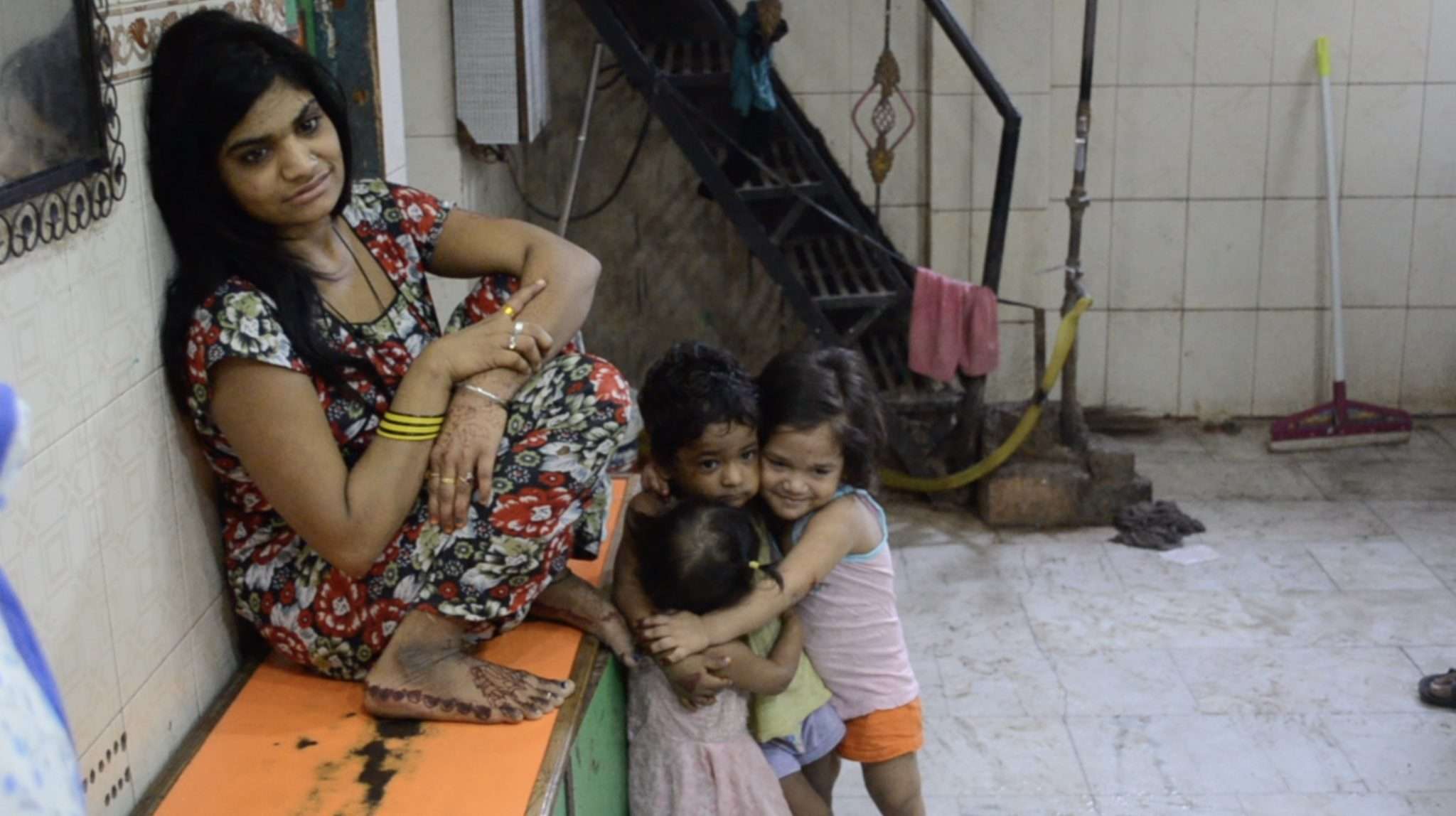 Beena Chirackal, SCN, began coming to the red-light district of Delhi, India, many years ago to meet with women in commercial sex work and encourage them to send their daughters to school. Sister Beena explains first meeting Haseena, “As far as the information that we have, Haseena is an illegitimate child … born into the brothels.”

Haseena’s mother left her in the care of another woman. Haseena recalls, “She was not a soft-hearted woman. She neglected me and I did not have the opportunity to receive all the love and care a child needs in his or her childhood.”

“She was abused physically and mentally tortured,” says Sister Beena.

From this difficult beginning, Haseena came to the Sisters’ home at the age of seven and found a place where she finally could feel safe and secure. At Asha Kiran, Haseena’s ambitions in life began to develop. She was very smart but not always confident. “I have learned so much from the Sisters,” says Haseena, “but at times I felt isolated.” 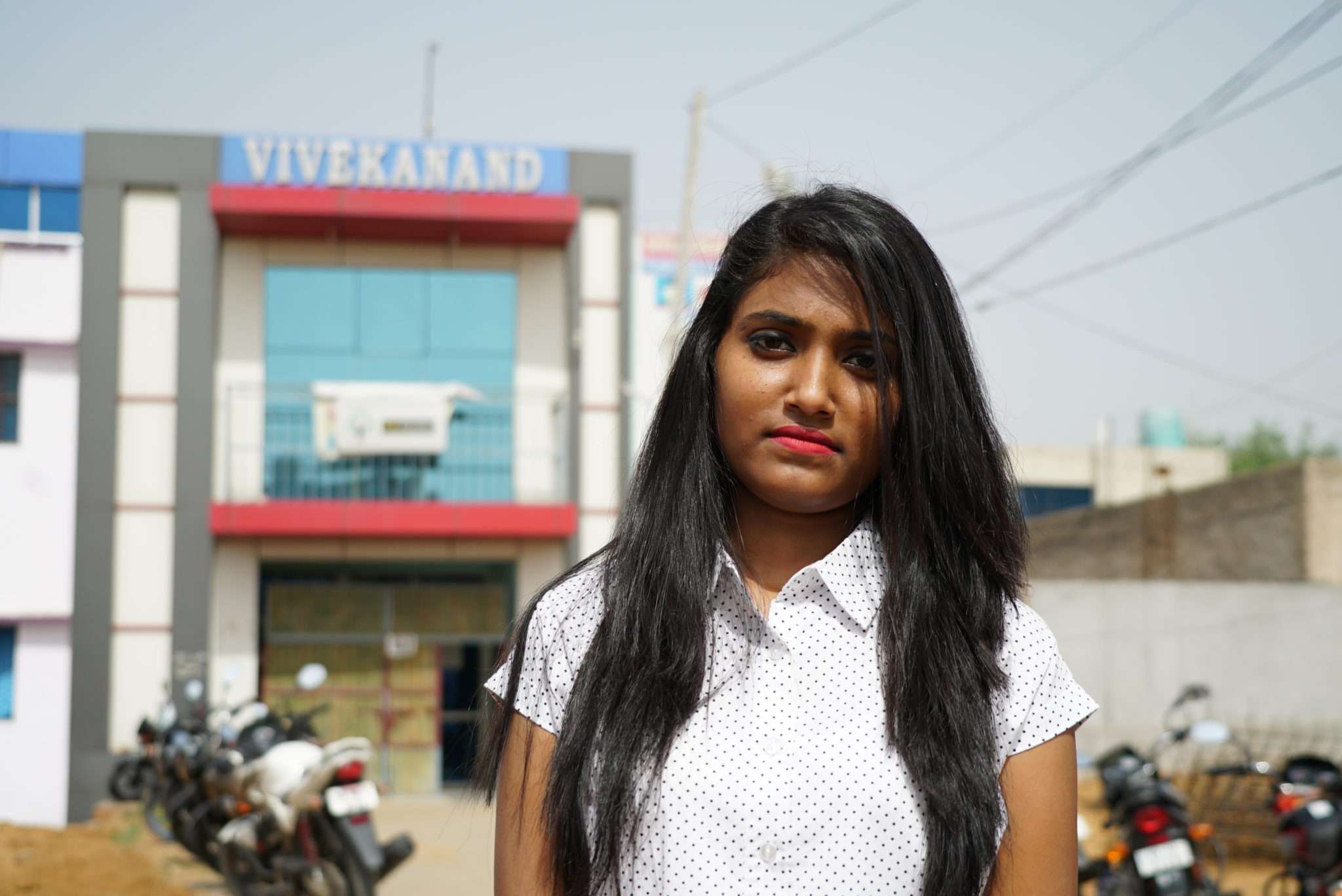 When she was in her teenage years she battled with her past trauma and struggled with her health. “I ended up in depression. I tried to commit suicide … I did. But still, the Sisters were beside me. They helped me,” says Haseena.

The feeling of abandonment and past abuses weighed on Haseena as she tried to come to terms with those demons. She was heavily counseled and worked even harder in school. “I was having so much anger in myself,” Haseena says. “My past used to come between my goals and my life. But, every step I would take, the Sisters were with me.”

Through the steady presence of the Sisters, she eventually felt safe and could fully realize the potential of who she could be in the world. “For me educating a girl is like educating seven families. It is very important in India that girls should be educated,” says Haseena. 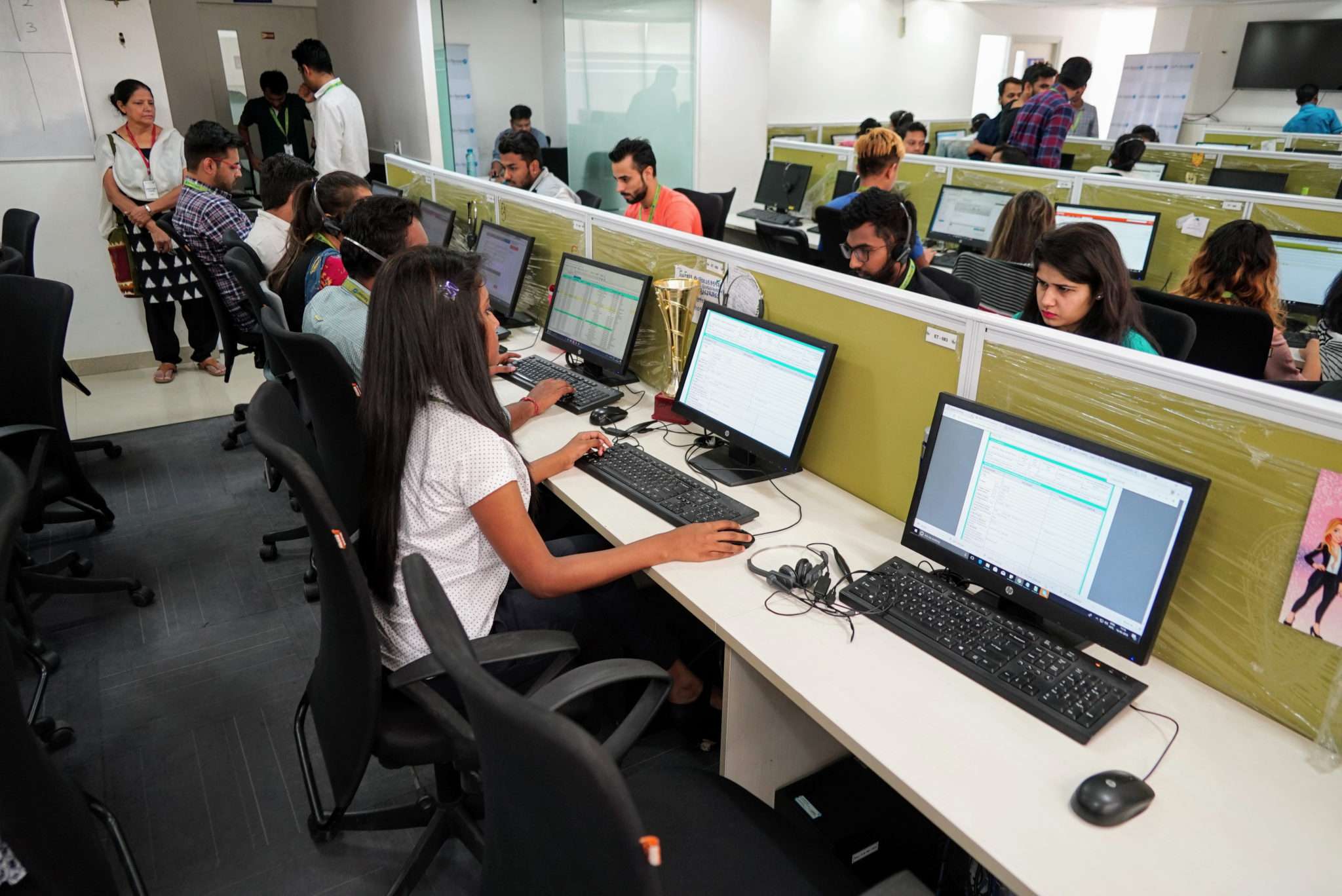 Currently, Haseena is embarking on a career with tremendous opportunities for growth. She works for a leading insurance aggregating website in India where she has quickly risen among her peers. She knows no bounds and leads a life that serves as an example to all who surround her of the power of one’s will and spirit.

“She told me, ‘Sister, you don’t give me anything. I will earn and stand on my own two feet,’” says Sister Lucy. She then laughed, “‘Whenever I have a boyfriend … surely I will let you know. Then you can give me away in marriage.’” 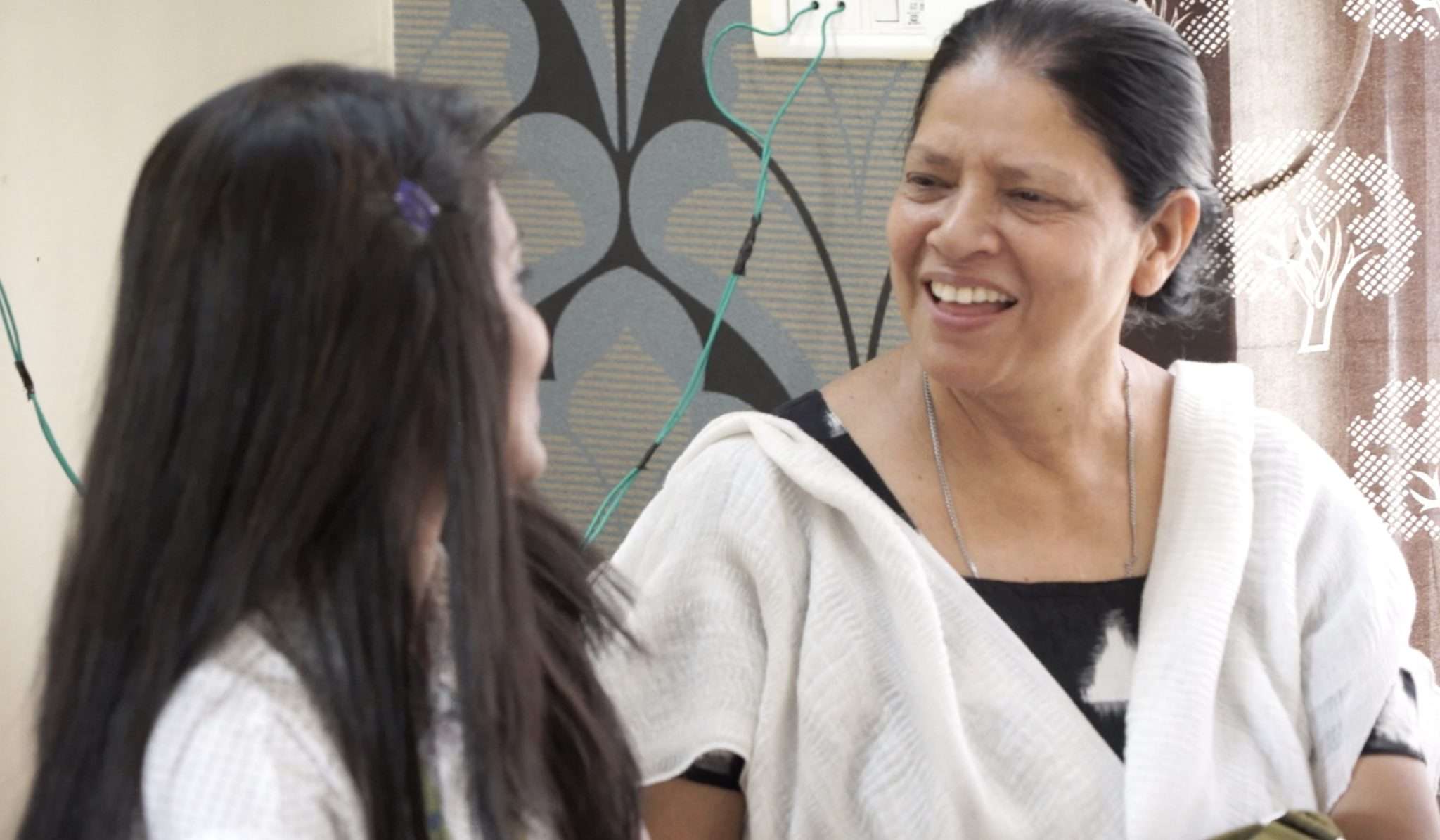 Haseena regularly visits the Sisters and the girls at Asha Kiran. The girls see her as a role model.

Haseena explains her life goal, “I want to settle down, and to settle down for me is not to get married and have kids. It is having my own house. Owning my own car. Helping my girls become better than Haseena, not like Haseena, but, better than me. I want every one of them to shine like stars.” 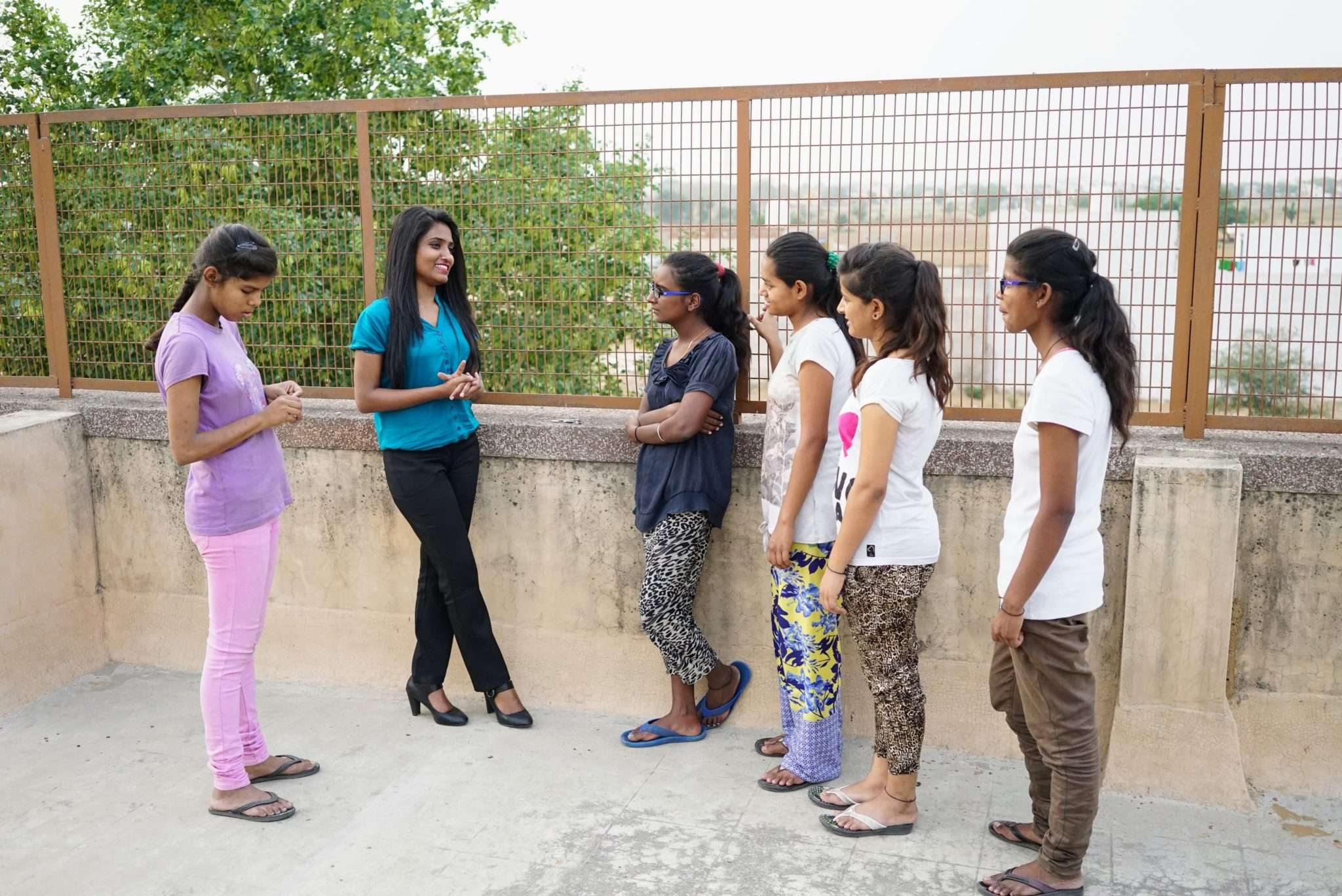