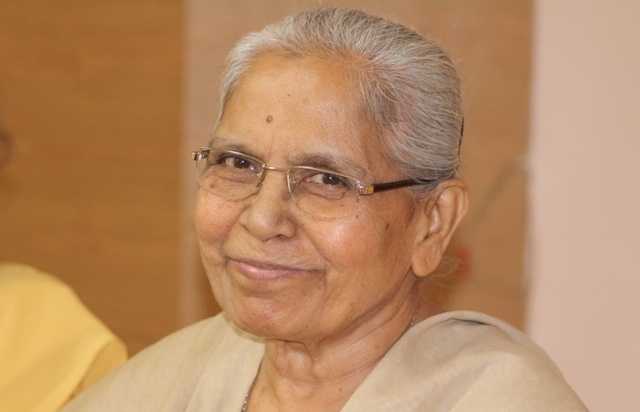 The third week of January had always been a memorable one for Sister Mary Stella. Hailing from a farming community, the farmers’ festival of Pongal, celebrated in Tamil Nadu held a special place in her heart. On the eve of Pongal, January 14, 2019, the Chapel at Nazareth Convent, Chandapura was filled to its capacity with SCNs, Pre-novices and candidates, family members, friends and staff from Nazareth School, Chandapura, Snehalayam and Crawford, Trichy, several religious sisters, priests and brothers from Bangalore at 3:00 p.m as the funeral Eucharistic celebration began.

In her introduction Sister Amrita gave a brief history of Mary Stella’s life and ministry. Fr. Susai, brother of Sister Saroj SCN, gave a fitting poetic homily that brought tears to many present there. A heartfelt message from the CLT was read during the Eucharistic celebration. Sister Philomena Kottoor, provincial of Patna Province shared her personal experience of Mary Stella and offered her condolences to the sisters and to the family on behalf of the Sisters in Patna where Sister Mary Stella served for many years of her life and contributed much to the mission. Among the several who shared their memories of Mary Stella was a Sister from the Congregation of Immaculate Conception of which Mary Stella was a former member.

After every one had the opportunity to bid a personal farewell, the SCNs carried the mortal remains of Sister Mary Stella out of the chapel and handed it over to the family members who carried the body all the way to the new cemetery where Mary Stella was laid to rest.

Click here for photos from the funeral at Nazareth Convent, Chandapura and prayer services held at Nazareth, Kentucky and in Botswana.

Click here for a video of people sharing memories of Sister Mary Stella during her funeral.