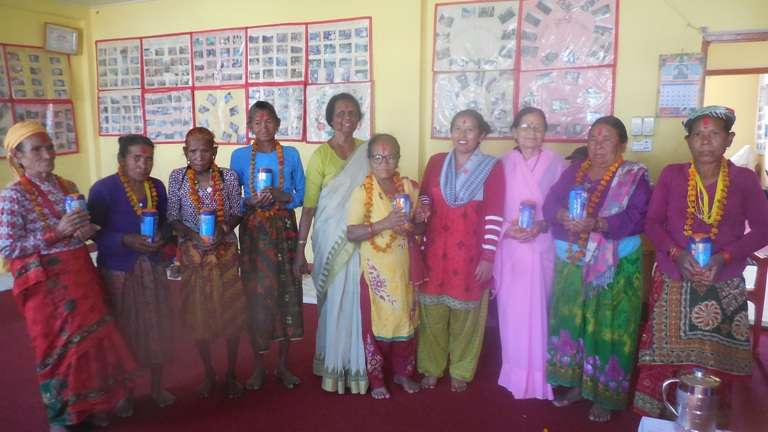 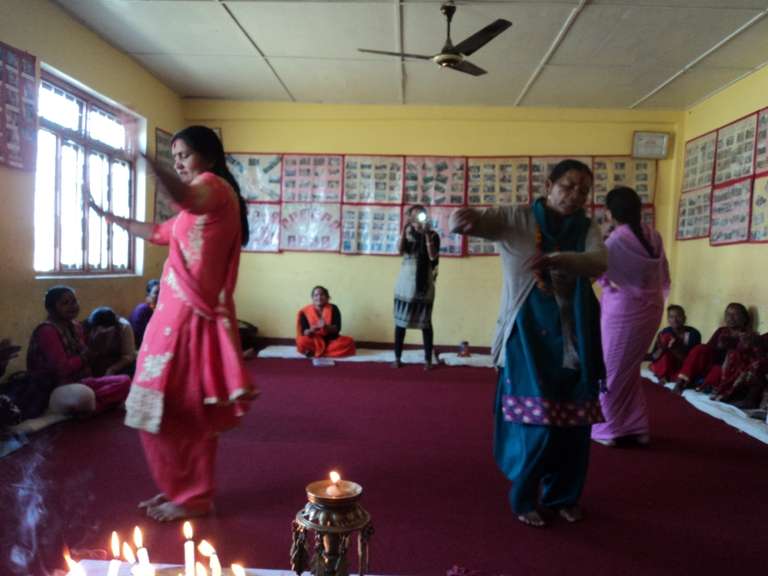 They took group share and many of them became individual shareholders. At present there are 477 shareholders, among them 383 are women, 37 men and 57 women’s groups. There are also 152 children who have savings in the cooperative. Within 11 years cooperative has made great progress. It has provided jobs to 5 women, 3 full time office staff and 2 market representatives. Their transaction has exceeded Rs. two crores. Navjoti Cooperative manages not only economic matters but they also undertake social activities as well. Hence it was appropriate to celebrate the 12th birthday of the Cooperative by honoring the senior citizens and mothers with newborn babies who are shareholders. 10 senior citizens and 2 mothers were garlanded and were given a bottle of Horlicks each. 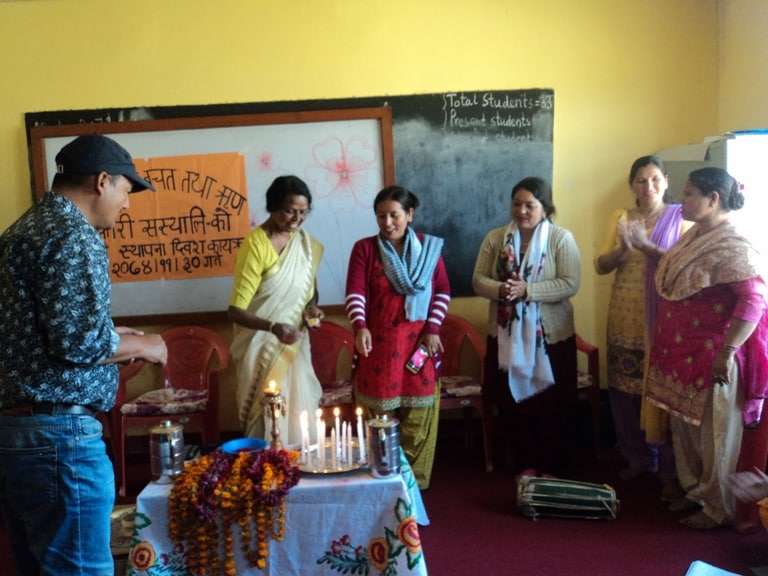 They were very awed by the gesture and danced with joy. Newborn babies of shareholders were given a cash prize with which their savings account has been opened with the cooperative. This helps towards their educational needs in the future. Mankali Singh who is very regular with her savings and credit was given a prize. Mina Singh Thakuri who has the highest voluntary savings was also given prize. Senior citizens shared how proud they feel as a shareholder in Navjyoti which began with women’s savings and credit groups. Bijuli Budha who has only attended literacy class in Navjyoti Center and became a member of women’s group and later a shareholder recalled her earlier days when she could not save Rs. 20 a month now she saves Rs 500 each in a month in women’s group and co-operative. She is proud to be economically and socially empowered. 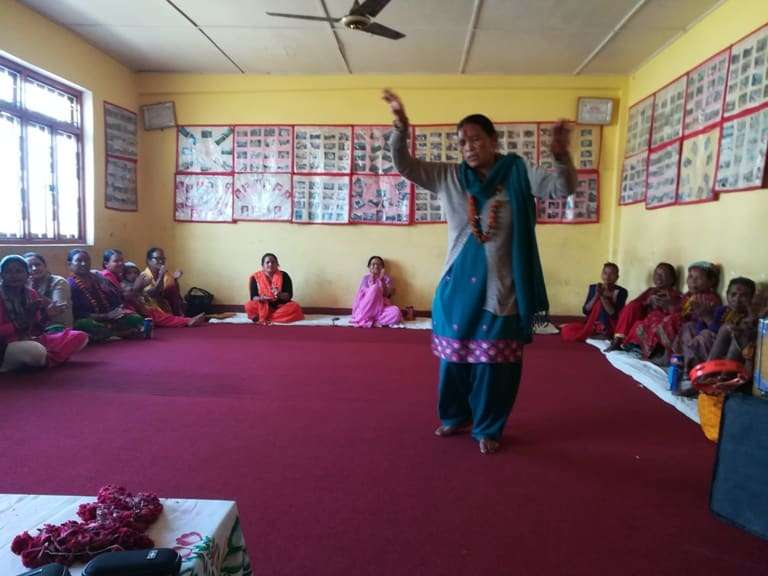 Manisara Giri who is 72 years danced and narrated her story and she thanked Navjyoti for the honor which she has never received from anywhere. She is happy that she has a savings in the cooperative to support her in her old age. Chere Tharuni who is 66 years and an asthma patient state that Navjyoti has been a parent for her who has taught her to save her earnings so that she can be carefree of any worry towards her future life. The function ended with a tea party and dance by those present.