The journey of discernment and profession

Christine Kunze, SCN, shares her story of becoming a Sister of Charity of Nazareth, what inspired her then and what continues to inspire her for the future.

“It was while I was a student at the University of Wisconsin-Oshkosh, where I was studying to be a nurse, that I first met a Sister of Charity of Nazareth. Sharon Gray, SCN, was the person who first journeyed with me as I explored where God and my heart were leading me.

“Several times, I accompanied Sharon when she would travel to Kentucky from Wisconsin, and I informed my parents and friends that I was going along simply to ‘help her with the drive.’ Eventually it changed to I was going for ‘service work,’ then for ‘retreat.’ They did not question me too much, but allowed it to unfold until I was finally able to express that, ‘yes, I was pondering the possibility of being a Sister.’ Thankfully, they blessed me with the support and love to freely choose the path before me. 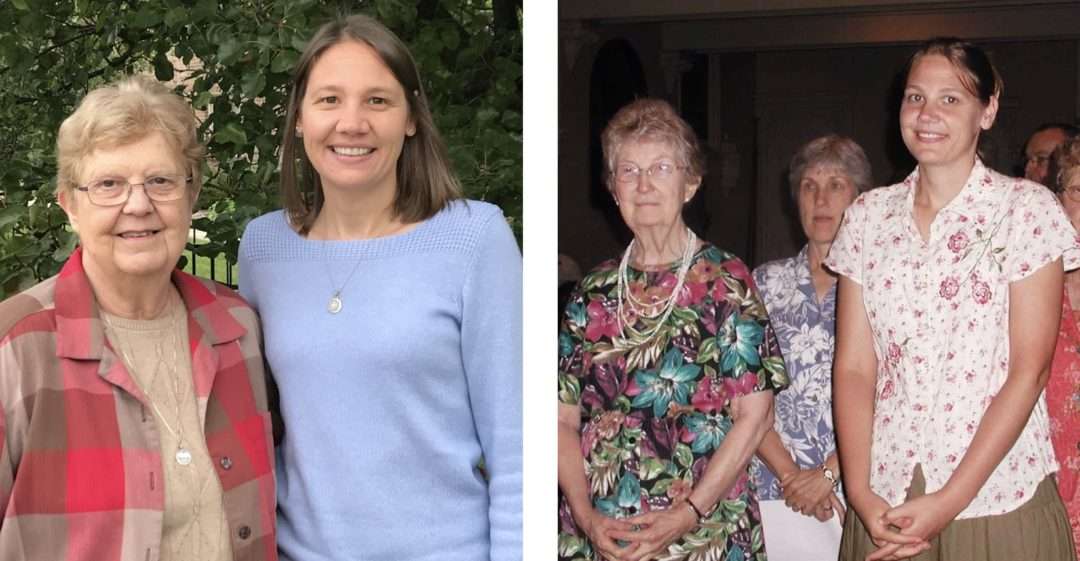 “This sense of freedom was a great gift throughout this process of discernment, not only from my family, but also from the community. In numerous ways, I felt assured that whatever I decided was holy and good. I was completely free to choose and the Sisters helped me to see that God would delight and be with me whatever the path!

“So, what inspired me about the Sisters of Charity of Nazareth? I was inspired by their various ministries among the people, their openness to allowing life to lead them where it will, and I was inspired by their sense of joy with one another. It was also during this time that they were in the throes of deciding if they would embark on a mission in Botswana, Africa. This spoke so strongly to me as one who was first inquiring. They were not unlike other communities in which fewer woman were entering, however, this was not holding them back from continuing to risk and go forth and respond to what was before them. Could I dare to be a part of this group, a part of something so much bigger than myself?

“Thankfully, I did dare. Today, it gives great meaning to my life that I am a part of a community of people willing to grapple with how to respond to the difficult issues that abound in the church and world around us. And while I am not working directly with immigration issues or going to help the flood and hurricane-stricken areas of our country – some of my Sisters are, and therefore, I am a part of it! Never would I have imagined that the life and spirituality of the people of Belize and India would intimately touch my heart, and while I have never even been to Botswana or Nepal, the people, their struggles, and their celebrations are interwoven with my life. 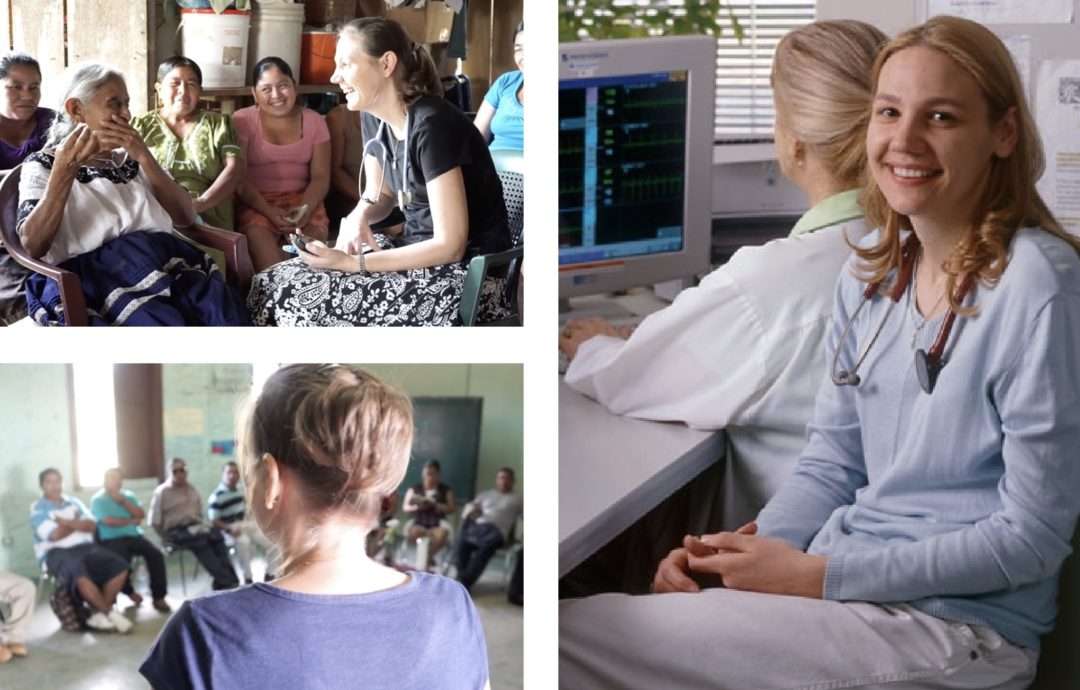 “Without a doubt, my heart and my thinking have expanded by being a part of the SCN Community. Never would I have dreamed that my life would take me from the dairy farms of Wisconsin, to the horse farms of Kentucky, and then my first mission as an SCN to the Appalachian foothills in Tennessee where I was in ministry at Memorial Hospital. Less so, could I have imagined that I would spend the next 11 years missioned in Belize, Central America.

“For seven of those years, I had the great privilege of working with children and families living with HIV through the organization Hand in Hand Ministries. It was my first ongoing experience of working with those living in poverty and on the margins. Then the opportunity arose to go to the southernmost part of Belize to be in mission among the Mayan peoples. A people who truly witnessed to me what it means to live simply, with the earth, and with deep faith. Have I already mentioned – never would I have dreamed or imagined!

“It has been over a year since I returned to Nazareth, Kentucky from Belize. Currently, I am the vocation director for the Sisters of Charity of Nazareth. It is my hope that I can extend that same open and free invitation to other women today and journey with them as they ponder and explore where their heart is leading them – perhaps as an SCN, but also in the many other ways God’s invitation may lead one in life. 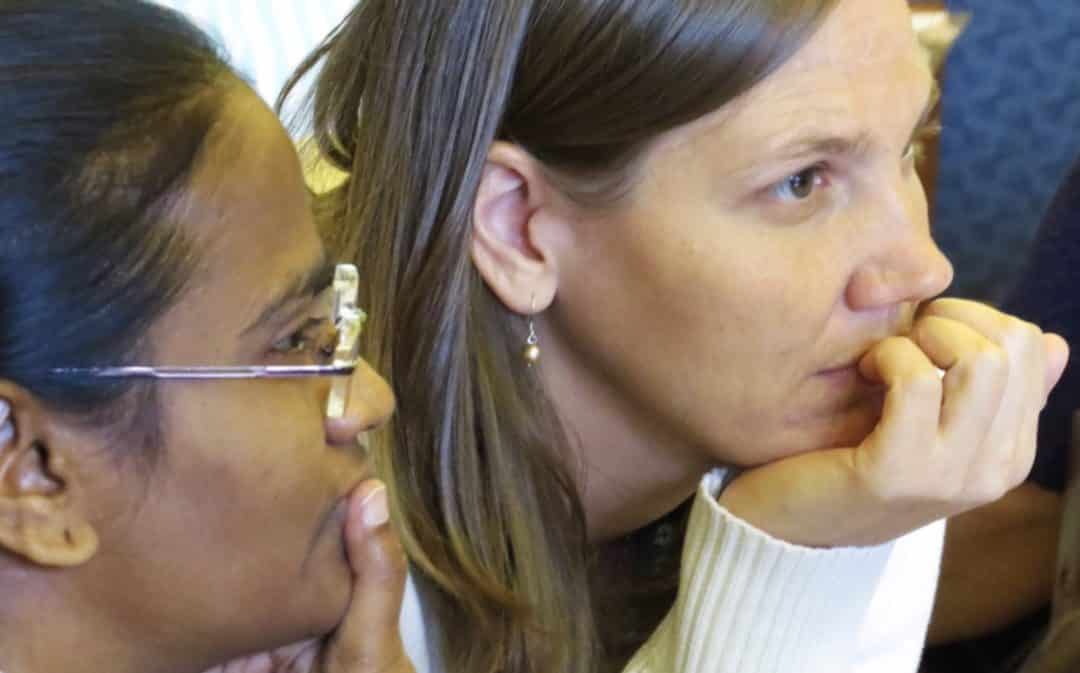 “Sometimes, I am asked if it scares me that so few are choosing this life. For a moment there is a tinge of fear, what will the future hold? What will it look like? I do not know the answer to these questions. However, I quickly remember the many conversations I have had throughout the years with our older Sisters. In sharing their life journey they often reminisce how religious life was when they first entered and exclaim that they had no idea all the twists and turns that their life and religious life would take! They could never have imagined. Then they quickly add – ‘Oh, thank God for this moment!’

“I, too, cannot fully imagine what twists and turns lie ahead, but whatever it will be, I trust that I will surely add – Thank God for this moment! Religious life is in the challenging process of transformation. This we know and the rest is for us to discover. I trust that God’s spirit and God’s wisdom is in motion. While the tinge of fear is real, so is the excitement and hope that awaits the unfolding future of the Sisters of Charity of Nazareth.”