Educational material support for the poor

As the new academic year began in Nepal, Navjyoti Center has provided educational materials to 212 school going children. Economically and socially disadvantaged students were selected from various categories like the child clubs of Navjyoti Center, ex-students of child centers, children with single parents, orphans, and children from flood-affected families. 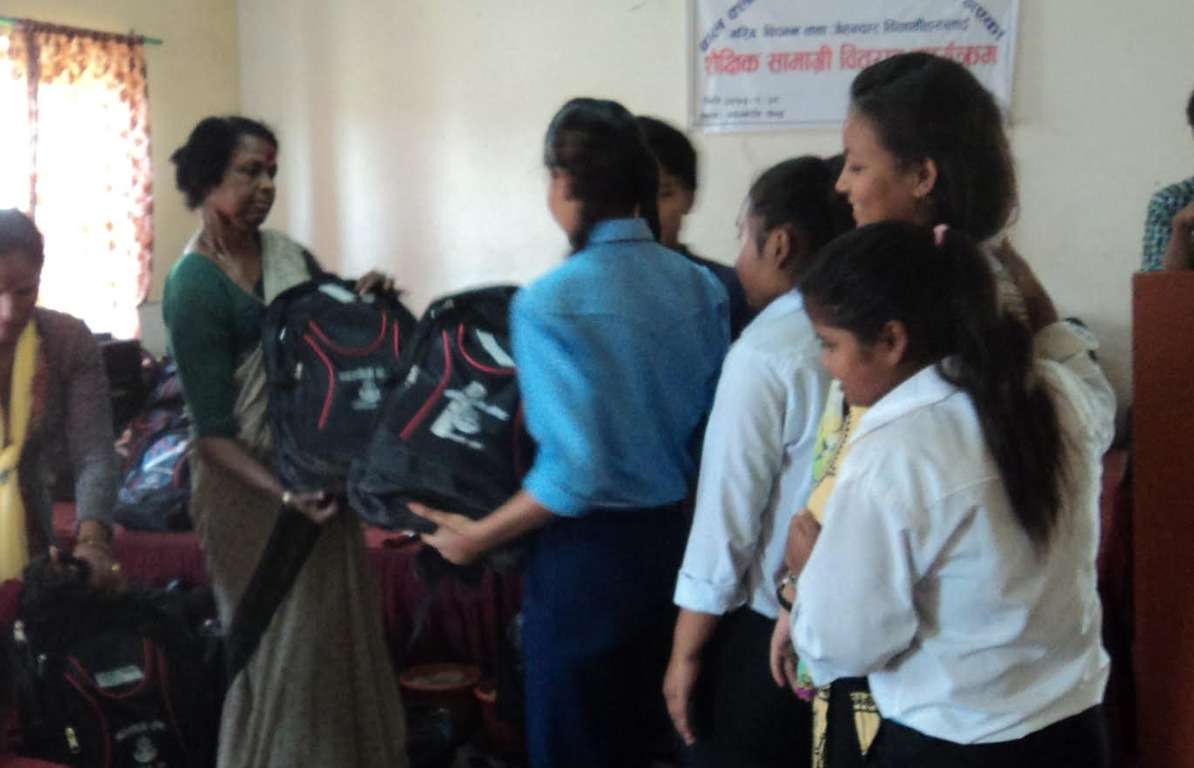 Distribution was organized on May 11 in the presence of ward chairperson and officer in charge of district child protection committee. Children were given articles like school bags, uniform materials, and stationery. The speakers representing the government lauded the exemplary work of Navjyoti Center which has been reaching out to the people most in need of the area.

According to them, investing in children is ensuring their future as well as the nation. Children who received educational support have committed themselves to give continuity to their studies and to become productive citizens. While doing follow up of previous groups who received educational support, it was found that they have been successful in achieving the top positions in their classes. This has reduced child labor in the locality and parents who are illiterate themselves are motivated to promote good education for their children.