Educating the next generation of Musahar children in Nepal

A large number of young Musahar children are growing up without any schooling in Haripur, Siripur and the surrounding village development centers close to the Kosi river belt. The passionate cry of Marina Thazhathuveettil, SCN, is that the present generation is not educated and if someone does not intervene and do something about it urgently, the next generation will never be able to claim their place in the society and remain unlettered and oppressed. 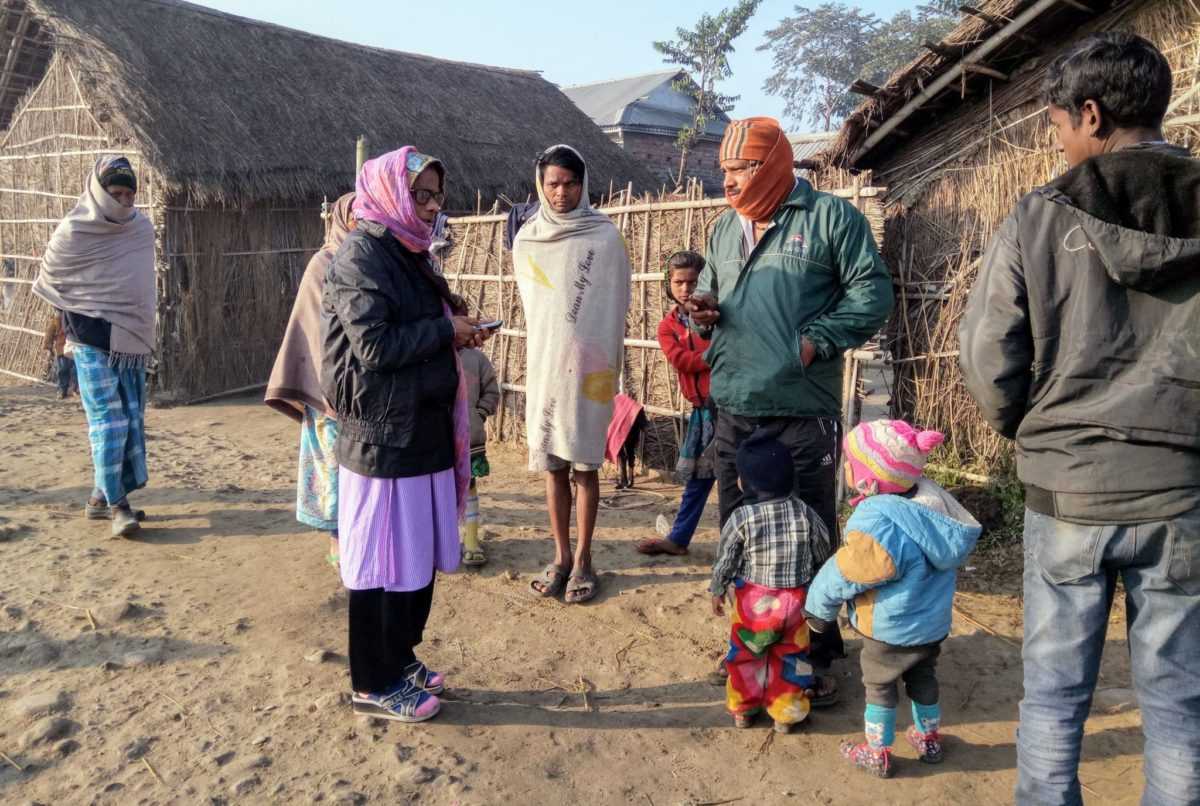 Sister Marina is a regular visitor to all these villages with her medical van, treating people with all kinds of illnesses. She not only distributes medicines to people but also provides food and clothing for the extremely poor, the aged, orphaned, sick and the abandoned. She knows each family well. She reaches out to the bed-ridden or paralyzed patients by visiting their families.

Musahars are considered one of the lowest of the Dalit groups within Nepal. Their name is derived from two words ‘musa’, rat or mouse and ‘hara’, eaters. They not only catch them but also eat them. They live in small hamlets. They make their own thatched roof huts with grass

Musahars occupy government land and land ownership is rare among them. They have little or no capacity to retain property rights. Most of them work as agricultural laborers or make baskets with bamboos for sale in the nearby marketplaces. The women also work as a farm hand in others’ fields or do other unskilled labor. Often times, they are paid in kind. Cash is a rare commodity among Musahars.

Elephants from the wildlife sanctuary from across Kosi River roam about in Siripur area destroying many of the huts. Last year, a young lady was killed in Siripur village during the monsoon. People have tried to obtain power connection to many of these small hamlets to ward of the elephants with light but without success. They approach Sister Marina for help to contact influential politicians to get their work done.

Education is not a value among Musahars. They have an extremely low literacy rate of 2-6 percent. Very often children drop out at the primary level due to social and economic factors. As one walks into a Musahar village, it is the common scene to see many children playing around. The children are also not kept clean.

When the Kosi River changes its course, periodically which it does, people move to another area. In fact, they are a kind of stateless people. The politicians from both sides – India and Nepal – visit them before the state elections to get their votes with many promises, never to turn back to look at them until the next election. Living in such penury, people live in hope that one day, something good may happen.

Modern development programs have had little impact on Musahars as many of the sparsely allocated resources never reach them in their need.

Due to their extreme poverty, they live far from towns and cities which have proper health care and they do not have the capacity to travel to avail those facilities. The result is a desperate health care situation. Their lifespan is short which is exasperated by high rates of alcoholism, marijuana and tobacco consumption among the male population.

Much of their condition is the result of their low position in the caste hierarchy. They are considered untouchables and treated with disdain by all other sections of society. Any attempts at economic advancement will be taken away from them or destroyed. Their constitutional rights to education and food subsidies are routinely denied through corruption and caste-based policies. They are powerless and voiceless, unable to change their situation alone. Without any recourse, this becomes their new life, oppressed, abused and forced to suffer in silence.

Sister Marina also said that classroom training is needed before admitting these children to regular schools for they are used to a life of freely roaming about in the village ponds, rivulets, and fields. It’s a humongous task ahead.

In her urgency to begin somewhere to educate the hundreds of these young children, Sister Marina believes that Mother Catherine would have had the same kind of response. Someone with a passion for mission has to take the first step to begin somewhere to change the future course of the next generation Musahars in Nepal to live a life worthy of living.