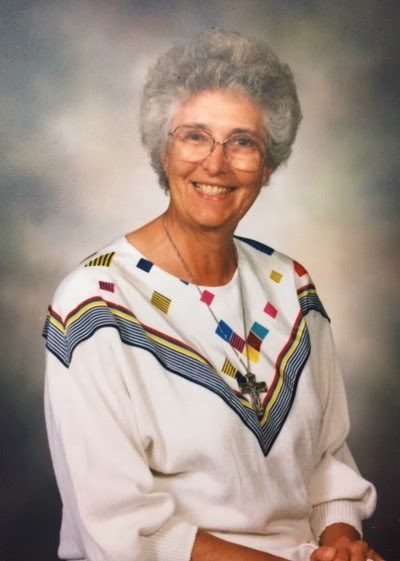 She received her Bachelor of Education degree from Duquesne University and a Master of Fine Arts degree from Catholic University. As a gifted English, Religion, and Art teacher, Sister Charlotte devoted herself to the teaching profession for 48 years in the dioceses of Pittsburgh and Greensburg, PA. At the age of 70, she went back to school to get her license in cosmetology. Although she didn’t know anything about this field, she bravely undertook this ministry because she felt it would benefit the community. After obtaining her license, she operated a small beauty salon for the older sisters who couldn’t get hairstyling services.

Many people are the proud owners of a set of her “one of a kind” Christmas carolers. She began making these adorable caroler sets in 1975. Sister Charlotte also used her artistic talent to scour the thrift stores for clothes for the sisters. She likened it to a treasure hunt.

Sister Charlotte spent her retirement years at St. Louise Convent in Pittsburgh, Carrico Hall in Nazareth, Kentucky, and at Nazareth Home in Louisville, Kentucky, where she died.

Sister Charlotte was preceded in death by her parents Andrew and Mary Gambol. She is survived by her cousins, friends, and by her Sisters in Community.