Bibi (46) is proud to have given an interview on BBC radio about the positive changes of Muslim women in her Muslim village Basti, Bhelghari in Surkhet, Nepal. After having joined one of the self-help groups in 2008 initiated by the Navjyoti SCN Sisters and being part of its cooperative bank in 2010, Bibi and her people bounced forward with hope for a better future. 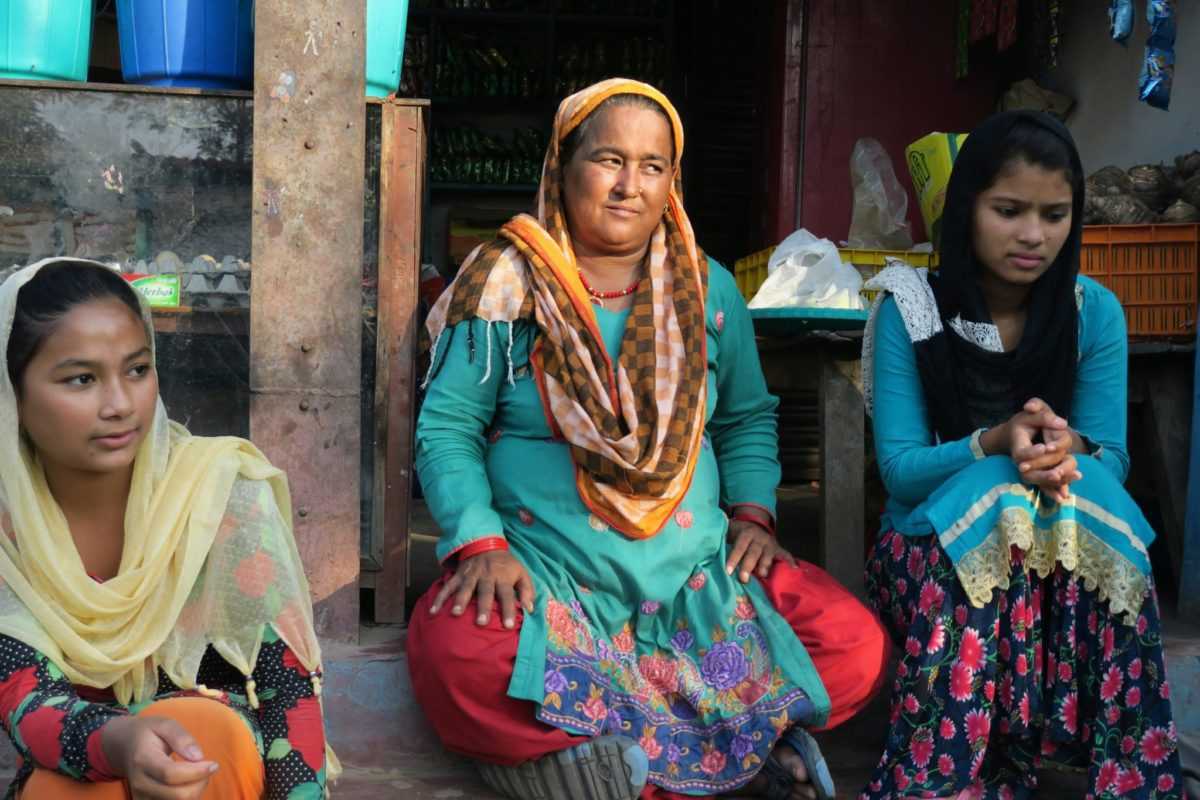 A place of pride in Surkhet

In the self-help groups, they attended various training for vegetable cultivation, leadership, business plan, nutrition, health and sanitation. They also attended non-formal classes to make them literate to keep their books of accounts and reports.

Navjyoti cooperative gives loans to its shareholders and others in need on a nominal interest. Bibi took a loan to start a small general store in front of her house in 2010. After paying back the first loan, she took further loans to upgrade her shop. She has an annual income after meeting all the expenses of her large family.

It’s not only the women who joined the cooperative but the Muslim men also followed their women folk. Bibi’s husband also had a hardware repair shop in the village and with a loan from Navjyoti cooperative, he has upgraded it into a grill shop. He provides employment to two persons in his shop.

Before joining the women’s group, Bibi or for that matter, any Muslim woman was not allowed to go out of their house or talk to any strangers in the village. Bibi said that she was shy and not able to express her thoughts in public. Her movement was limited to her house and kitchen. The Muslim families in the village never mixed with one another and the women watched television during their spare time.

The past is behind them. Now almost 95 percent of the women do income generation activities either in their village or in the town. At present Bibi claims that she can talk to any number of people, anywhere. She assumes leadership in the women’s group in her village. She has taken initiative to reduce domestic violence among women and to minimize child marriage.

She is so very grateful to Navjyoti staff for organizing them into five self-help groups in their large Basti. Bhelgari has one of each child and youth club. It is a place of pride that five Muslim women have started shops of their own in the village itself. Every single child attends the Madrasa School which has regular school subjects or other government and private schools. Gender gap is reduced that both boys and men share the household work and women also contribute to the family income.

As the chairperson of her self-help group, Bibi is also the village health volunteer, trained by Navjyoti staff. Each child is immunized and women get regular checkups both antenatal and postnatal at the government hospital. Deliveries are conducted either at the health center in the village or at the Surkhet government hospital. It is rare to hear that any mother or child is lost during the delivery. The intake of nutritional foods and the clean environment has brought down common illnesses in the area. As a group they clean the village periodically.

Bibi is proud of joining Navjyoti cooperative which has changed her life and the entire village and she concluded, saying “If this help had come to me earlier, what I would have become now.”