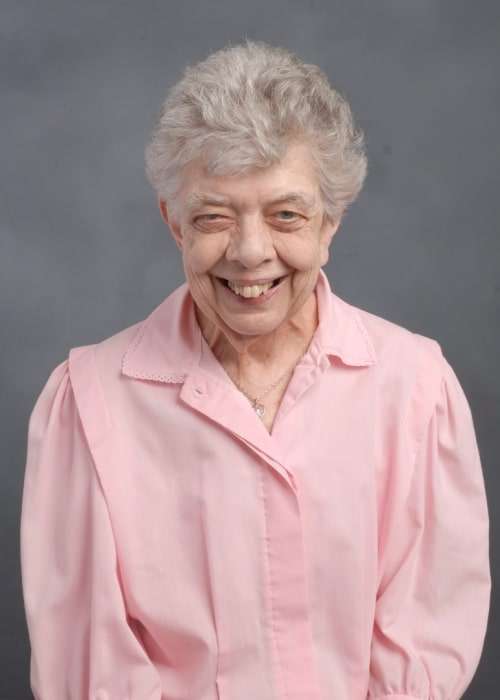 Grace Mary Whittaker, SCN, 85, a native of Bradford, Massachusetts, died November 29, 2020, at the SCN Motherhouse, Nazareth, Kentucky. She was a professed Sister of Charity of Nazareth for 62 years.

After graduating high school in Boston, Massachusetts, Sister Grace Mary entered the novitiate in 1955. Among her early ministries in Kentucky, Sister Grace Mary served at the Infants’ Home in Louisville beginning in 1958; taught first and second grade 1959-1961 at St. Pius X in Calvert City; and served in the library at St. Vincent 1961-1963. She was a nurse’s assistant at the Motherhouse Infirmary 1963-1966 and 1970-1972; ministered in the Medical Records Department at Our Lady of Peace Hospital, Louisville, 1966-1967; and served at Nazareth College 1967-1970.

From 1972-1991, Sister Grace Mary served at the front desk of the Motherhouse where she greeted guests and operated the switchboard; she served again in this capacity from 1992-2002. Among her other many ministries, hospitality at the Guest House, helping in the SCN Ceramics Shop and the Thrift Shop, volunteering at St. Joe’s Montessori, and at the Visitor Center, as well as serving as a Eucharistic Minister. Sister Grace Mary helped with SCN mission trips to Appalachia and New Orleans, Louisiana. Sister Grace attended Nun Build three times, joining women religious from across the country in helping to rebuild New Orleans following Hurricane Katrina in 2005.

She is survived by her sisters, Ann Whittaker, SCN, and Clare; and brothers John and James; nieces and nephews, and by her religious community.

In light of the pandemic, a Memorial Mass will be held at a later date. Sister Grace Mary will be buried in the Nazareth Cemetery on Friday, Dec. 4, 2020, at 1 p.m. The prayer ritual will be filmed and shared.