Bring it to the floor

“Bring it to the floor!” was the mantra used at the Louisville, Kentucky, rally against gun violence.

Sisters of Charity of Nazareth were in attendance and others prayed in support as U.S. Rep. Tim Ryan and Moms Demand Action led a caravan through Dayton, Ohio, to Senate Majority Leader Mitch McConnell’s hometown to demand action on comprehensive gun reform legislation. 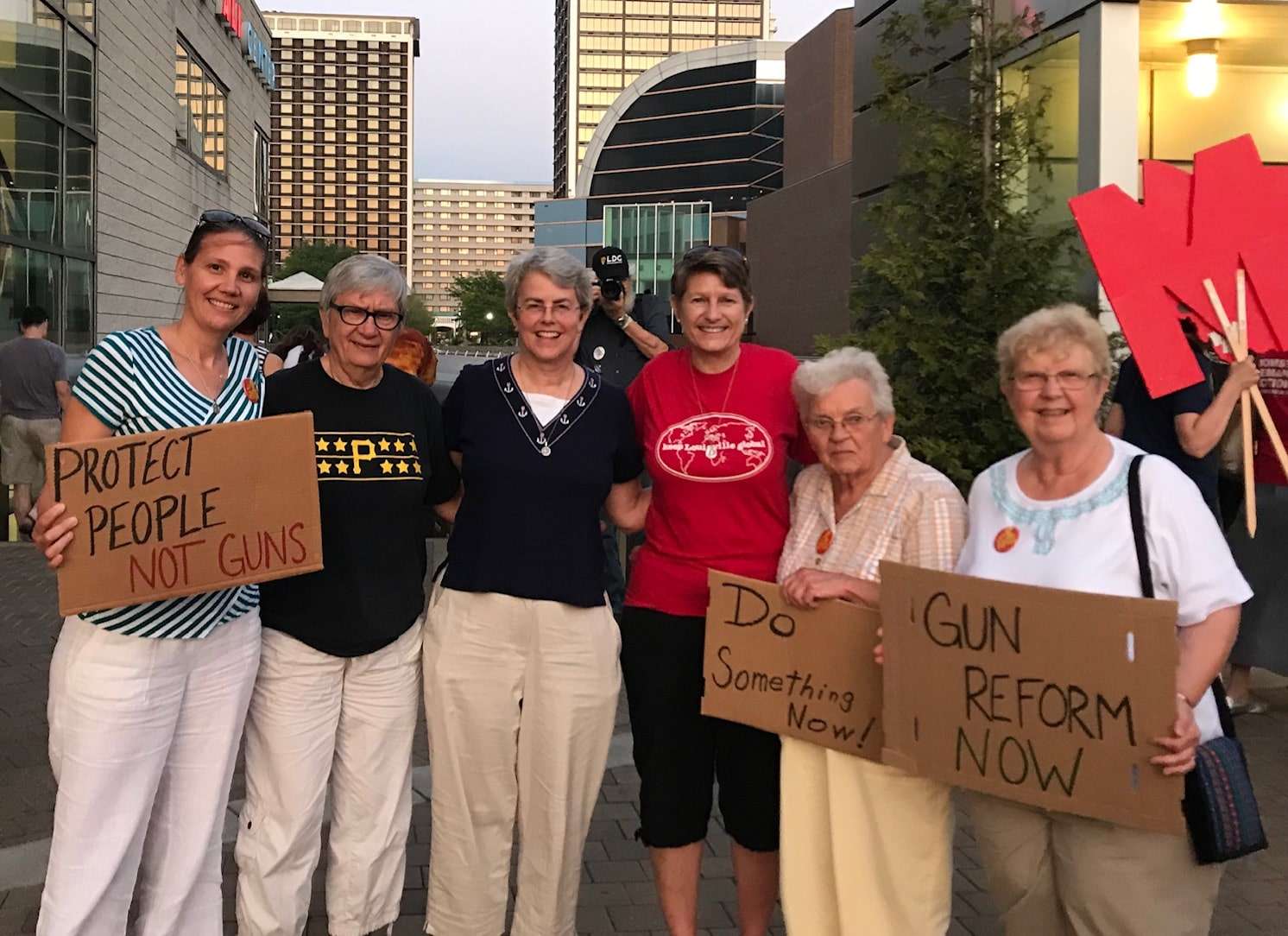 The hope is to bring bipartisan supported background gun check legislation to the floor of the U.S. Senate.

The Sisters of Charity of Nazareth have taken a stance that the most recent gun violence reaffirms that America has a gun violence epidemic with many areas of it needing to be addressed. They stand with many who grieve the many deaths, pray with these families, and work to support policies to reduce death and injury from gun violence.

The Sisters of Charity of Nazareth call on elected leaders to take up legislation that: