This book contains three thick volumes of pages 1671. Each volume has its own significance. It gives us a true and complete life of St. Vincent De Paul. All three volumes contain lengthy chapters describing not only the life & works of St. Vincent de Paul but also about the characters who came in contact with Vincent. The images of the people in every chapter give us the clear picture of them. The author has put a lot of effort in gathering the facts all about the Saint and presented in a high English language yet clear and simple that inspires us to be more Christ-like in adopting a compassionate heart like Vincent de Paul. It is worth reading knowing every minute detail related to St. Vincent’s life.

The volume I describes all about his childhood until his mission in different provinces. It reveals to us that Vincent from his early childhood onwards had a great devotion to the Blessed Virgin Mary. His little heart even at a tender age was filled with pity at the wretchedness of others. He was a person not only of a kind heart but also of an open and lively mind. Like many other young men of his time was ambitious to acquire knowledge under the guidance of the learned and experienced mentors. He kept himself apart from the rowdiest students and the scenes of disorder at the University. He was raised to the priesthood at the age of twenty. His youthful charm and intelligence were united in person.

There also were times of struggle in his life especially the time of captivity in Turkey. In spite of everything, he had not lost hope and that was his real strength. Vincent also felt his faith trembling. The more he prayed and mortified himself, the greater he felt the darkness invading and suffusing his soul. After three-four years of unspeakable anguish, he made a promise to God to consecrate the rest of his life to the service of the poor. Taking this resolution immediately banished the temptation and banished it for life. Never afterward was he troubled in regard to faith because the truths were based on the very words of God Himself. He had the wider vision.

Vincent de Paul taught children catechism, served the needy, consoled the sick, and reconciled those who were at variance. He made himself all things to all people to gain all in Christ. His methodical and angelic patience bore much fruit in his teachings. Jesus Christ Himself was the patron of the charity. Vincent placed all his works under the protection of Jesus Christ and His protection was visibly manifested. Vincent was a spiritual guide to the Ladies of Charity and Daughters of Charity who zealously carried the works of charity. They undoubtedly led the lives of saints, but it was Vincent de Paul who sustained the noble series of deeds and endeavors on behalf of the poor. The sacred fire of charity continued to burn unceasingly and with an intensity that never diminished in the hearts of those ladies.

This volume also gives us the details of his relationship with others, especially with St. Francis de Sales and Jane Francis de Chantal. Vincent appreciated so highly as to regard Francis De Sales as one of the wisest and most virtuous of his contemporaries. These three saintly souls had a sacred and very close relationship. They shared not only their ideas and plans but also their hearts’ desire. Vincent de Paul had established the mission too solidly to disappear with himself. His marvelous deeds continued and flourished to different places. He was more than worthy of admiration and praise.

Words of St. Vincent de Paul, ‘‘the glory of a saint does not lie in his University degrees but in the nobility of his character and the splendor of his virtues.’’ “Divine Providence will never fail us in those we undertake by its direction.’’ “We cannot better secure our happiness than by living and dying in the service of the poor.’’ 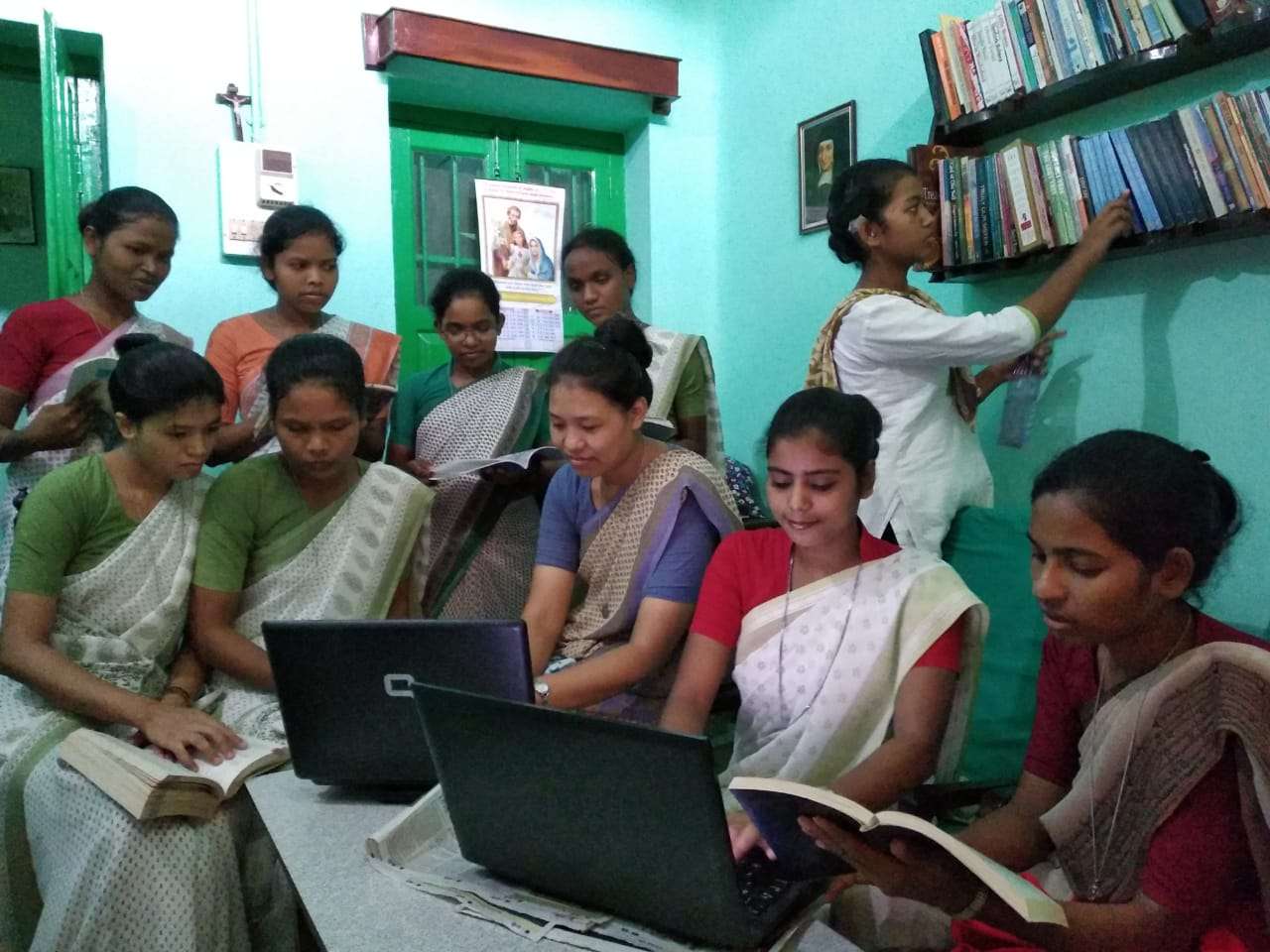 The volume two describes his great contribution to the church in various ways. He was a man of action, therefore, he was able to fulfill the vision of his life. This volume helps us to know the Vincent de Paul’s mission in different places like; Italy, Ireland, Poland and Madagascar in Africa. While being in these places, St. Vincent de Paul played a great role in the communities. Being a superior, of the Congregation, he never felt left alone. He was helped by his friends though many of his friends died in the Mission. Although, he never gave up to do his mission. During his apostolic life he was greatly inspired by St. Francis Xavier and found joy in doing Mission. Wherever he went he found the poor people with tears in their eyes. He saw Jesus in their face and felt that his presence is greatly needed. Despite of the difficulties, St. Vincent de Paul, never left the people in chaos.

We also see Vincent de Paul initiating to give the retreat to the ordinands, seminarians, ecclesiastics. St. Vincent de Paul greatly, initiated that retreat should be properly packed for them. He advised to the retreatants, about the simplicity which they need to have in their daily life. He said; “If one wishes, to do the right thing, one should raise, oneself to God to receive his inspiration”. During the retreat, retreatants were given meditation, lecture and sermons.

In the year, two retreats were prescribed, for the seminarians, the first on entering the seminary and second on leaving, and then later, in the case of those who become clerics, before ordination they had. Their timetable were set up for the whole week. If the Bishop is present, the seminaries proceeded to the residence and accompanied him to the church. They are recommended to observe the rules and regulations especially in regard to their clothes, beards and lain.

In 1619, St. Vincent de Paul brought a great difference in the reform of the monastic orders though the reform took place very gradually but he never gave up. He believed that the monasteries reform will happen if one wishes to change from within. Different Congregations had their own way to live in the monasteries and also the way of preaching. Though many of them disliked the ideas of Vincent but he tried to bring the changes. During those time nuns were avoided from the church but St. Vincent de Paul devoted much attention to them helping them to find the shelter. He played an important role to reform the religious in the churches in France.

St. Vincent de Paul opened an orphanage home for the children who had lost their parents. It was managed by the church of Notre Dame later children were taken to the women of good character to nurse them. The necessary funds were provided from the tax and alms. The buying and selling of the children were in large scale in France however, St. Vincent was very much aware of this abuse so he looked for the means to end this. St. Vincent also asked the Ladies of Charity to take care of these children and to lend a helping hand.

On 17 Jan 1640 St. Vincent held a meeting of the Ladies of Charity. He said that the children must be assisted because God loves the praise from their mouth. He also said to the sisters to be kind towards them and in this way you will be proud of resembling the Blessed Virgin and upon you as a fortunate. When you give them anything think good and let them know that it is God who gives it to them.

St. Vincent also had a great love for mendicants. He felt that the mendicants were the most who needs of his help. The members of mendicants were so great that it was impossible to shelter them all. He had a great desire to help those mendicants but he was helpless. He could only have encouraged them to be support for one another. The compassion heart of St. Vincent de Paul made a great difference in his life and he embraced the prisoners and delighted them through his preaching.

St. Vincent de Paul labored for those who were in captivity. He stretched out his hands to help the slaves. It was true that not all the slaves were badly treated. Many lived with their master and were employed on work. St. Vincent de Paul frequently supplied some funds for the slaves. He also provided some of his missionaries to assist them spiritually.

In 1639 St. Vincent de Paul went to assist in Lorraine, the province which was crushed by the weight of 10 years of suffering. Many people had died of starvation. Men and women were wandering from place to place for the food. At that moment, St. Vincent de Paul became a guiding light for them. He shared his common things with them. He also listened to their needs and helped them to practice spiritual exercise. 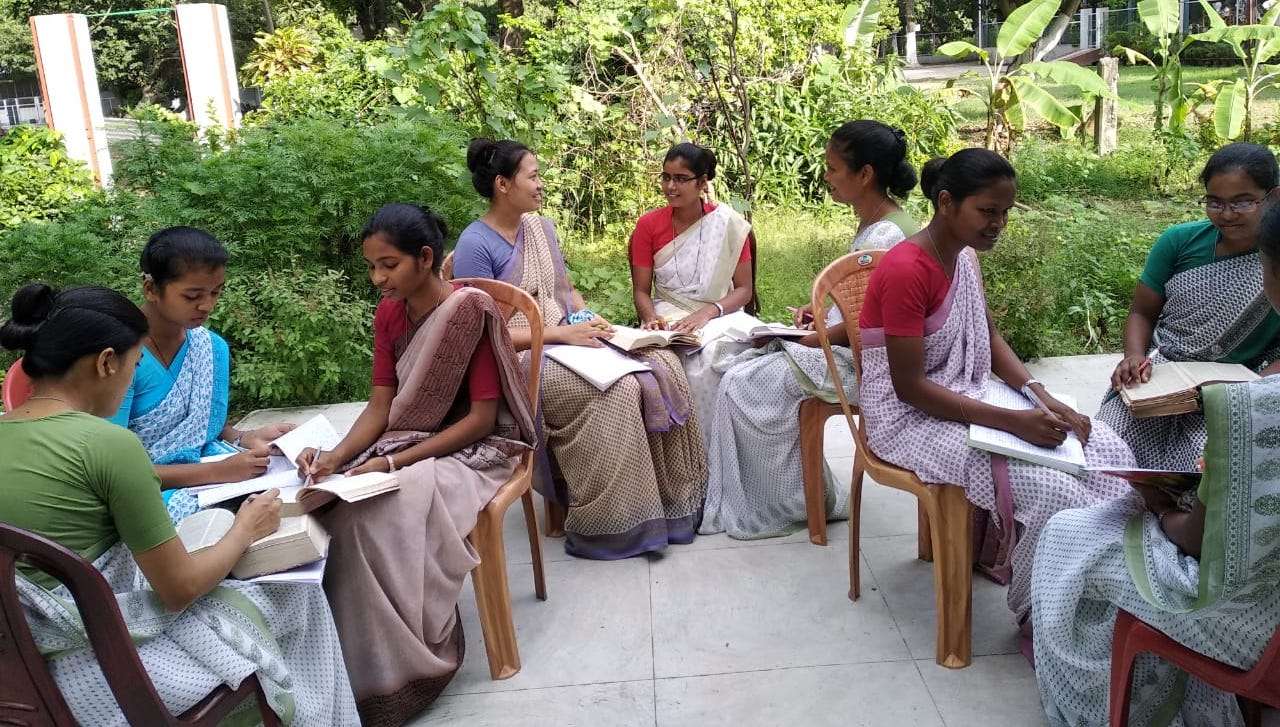 Volume III clearly explains about Vincent’s life, ministry, and his death. The ministry which he did in Paris helped him to realize the suffering experienced by many underprivileged people. He was moved with compassion and decided to devote his life to caring for the poor, the sick, the destitute and prisoners. His personal example of dedication and holiness made deep impression not only on to the poor people he helped but also on many wealthy people who often joined Vincent in his works. He founded three Congregations; “Congregation of priests of the missions” Ladies of Charity” and “Daughters of Charity”. He also founded hospital and orphanages as well as homes for the human care of the mentally infirm. His spirituality was based on the encounter with Christ in the needs of one’s poor neighbors. Till the end of his life he continued to do God’s mission. He was not afraid of his death. He was well prepared to meet God. He gave up his soul to God while kissing the crucifix and saying distinctly “confido” that means I have confidence. He died on September 27, 1660, due to his painful illness. He was named Patron of all Charitable Society by Pope Benedict XIII in September 16, 1727. He was called a servant of God and he was canonized in 1737. We commemorate the feast of St. Vincent de Paul to appreciate and acknowledge the works of the Holy Spirit in the poor and the needy. We are called to the poor and the needy. We are called to imbibe his virtues in our lives.