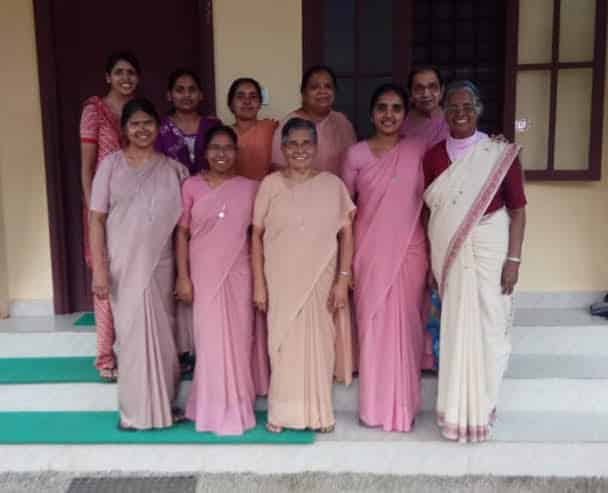 Sisters from Anakkampoil and Kakkavayal gathered at Kallanode for their first area wise gathering in preparation for the 2019 Bangalore Province Assembly. Bridget Kappalumakal, SCN, called forth the gathering and almost all the members of these communities were present. The SCN spirit was rejuvenated with stories and laughter of the Sisters which created a perfect family atmosphere for the get-together. The gathering began with lunch, followed by prayer, reflection, and sharing which was facilitated by Sister Bridget. 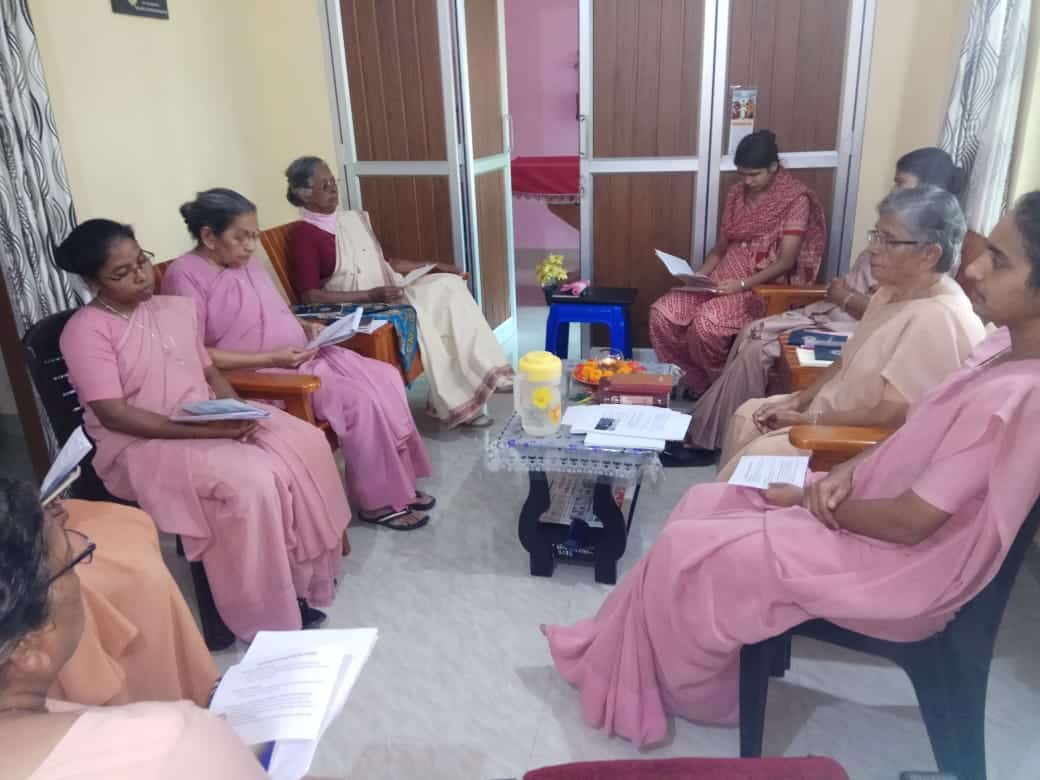 At the start of the prayer everyone was invited to pause for a while in silence in remembrance of dear late Sister Mary Stella. The prayer began with invoking the Holy Spirit’s presence and creating a sense of oneness among each other. After the prayer, the Sisters were led into reflection and sharing. A specific theme (Call, Spirituality and Sense of Belonging) was set apart by the Province for reflection and sharing every month which was done in each local community beginning from the month of November. Thus, each Sister was invited to share her reflections and experiences in this larger group based on these themes.

After each Sister shared all the others prayed for her in silence. At the end of the reflection and sharing, almost every Sister expressed their joy in being enriched by each other’s vocation story and life experiences and felt a need to have such gatherings more often in order to build the SCN Family spirit. The gathering concluded by celebrating the birthdays of Sister Bridget and Sister Florina Joseph with a cake-cutting ceremony and a high tea party.