After massive 2014 floods, Sisters continue to pick up the pieces

Torrential rainfall for three days in August 2014 and caused devastating landslides and flooding in the Surkhet District of Nepal where Sisters minister.

128 people were declared dead. 23 were seriously injured. According to the official record of District Natural Disaster Management Committee (DNDMC) Surkhet, the flood affected 3,700 families including 8,416 persons including children. 6,577 people who were affected by flood were sheltered in 42 temporary camps. It is reported 1,581 houses were completely washed away and 301 houses were partially damaged. 1,843 live stocks were also washed away in the flood. 15 government schools were completely destroyed and 31 government schools were partially damaged. One of the child centers of Navjyoti Center was washed away and four of them partially damaged. 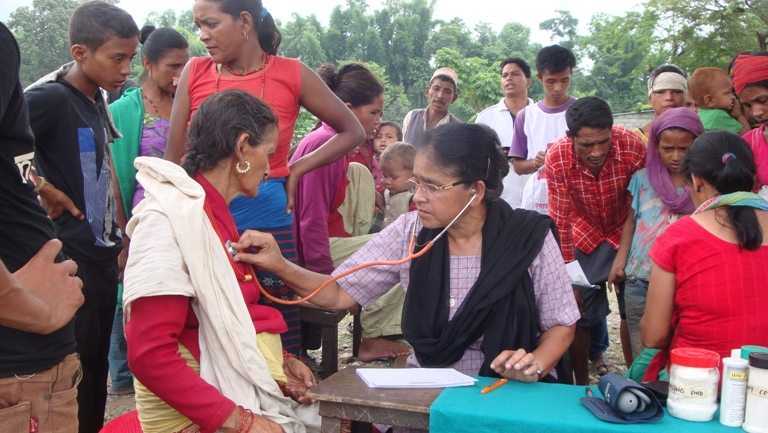 As soon as the news of flood spread around SCN sisters and Navjyoti staff visited various parts and met with the people who were staying in different schools.

Used clothing was collected and distributed to those affected by flood.

Edible things (rice, pulses, oil) were purchased and handed over to government officials who were appointed for distribution.

Educational materials purchased and distributed to 1,356 students in different schools who lost everything in the flood.

6 child education centers maintained in 6 areas including shelters for 107 children.

Give to SCN Missions

Private funds maintain operating costs so 100% of what you donate goes to the missions of the Sisters of Charity of Nazareth.