In Louisville, Kentucky, Sisters met outdoors to pray at an Advent wreath. They meet each Sunday at 12:15 p.m. during Advent and the candles are lit every night from 5:30 p.m. to 11:30 p.m.

They also met around a pinata. 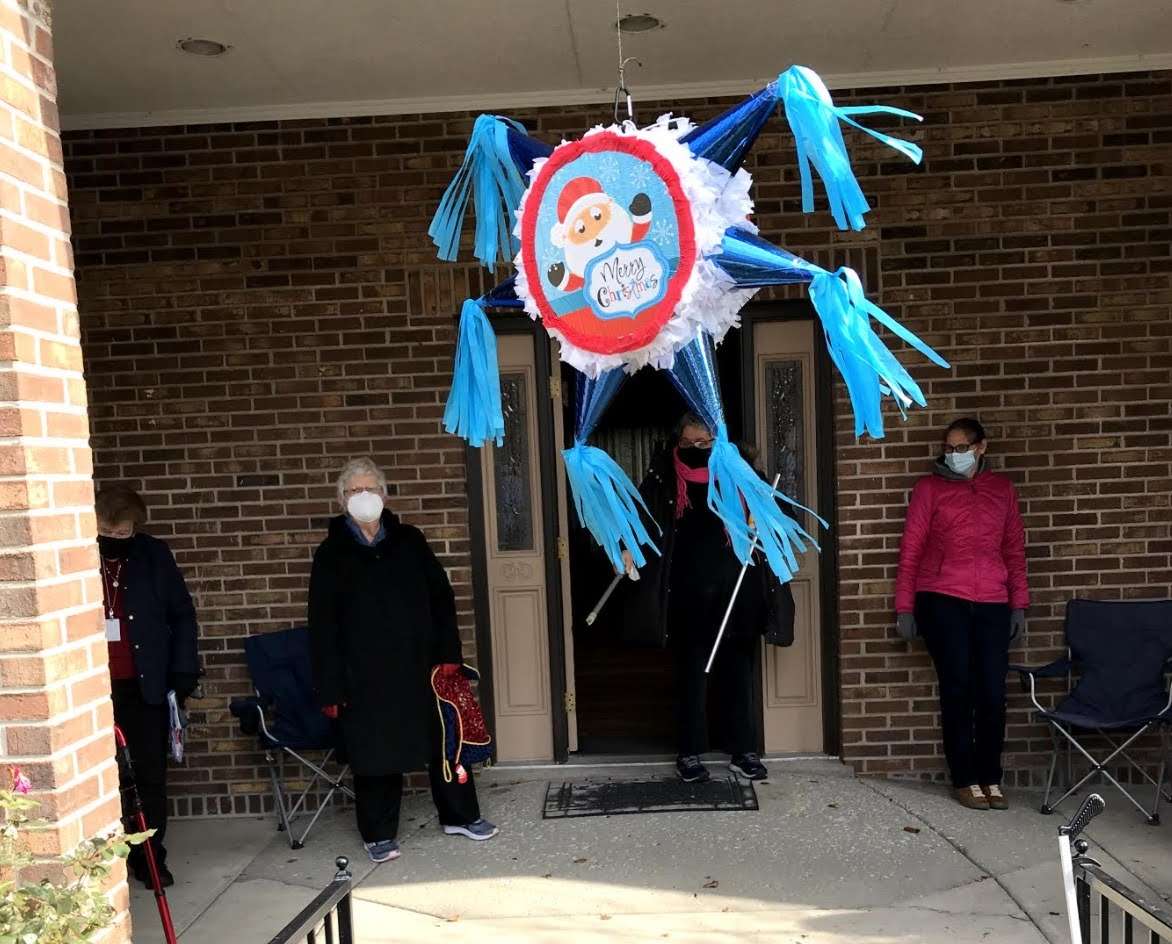 The history of the pinata is filled with folklore and legend. We may never know exactly how, where, or when the pinata came to be because they are present in almost every region of the world and the people have their own unique folklore about its history.

The first recorded incidence of pinatas points to China. Marco Polo in the 13th century discovered the people were using hollowed figures of cows, buffaloes, and other animals in their celebrations. The figures were filled with seeds to signify abundant harvests. Legend claims that Marco Polo brought back some of these versions to his native Venice, Italy. From there it spread to Spain. The Spanish Missionaries brought them to the New World to teach the natives about religious doctrine. The Missionaries were very surprised to see that the Native Americans had their own version of the pinata. The Missionaries used a seven-pointed star pinata. The seven points represented the seven deadly sins of greed, gluttony, sloth, pride, envy, wrath, and lust. The candies inside represent the temptation of wealth and earthly treasures. The blindfold on the person trying to break open the pinata represented not being able to see, so the importance of faith (blind faith). Since it was always hung above the heads of the participants, it symbolized what the faithful sought by looking toward the heavens. The stick that broke the pinata stood for righteousness, virtue, or faith. The spilled goodies represent the reward for those who wait in faith.