A water solution in Nepal, a picture of hope emerges

After a devastating magnitude of 7.8 earthquake shook Nepal in 2015 killing more than 1,900 people, The Sisters of Charity of Nazareth set forth from their Kathmandu-based Navjyoti Center to help those around them. One initiative was a water project in a village where the Sisters already had a presence with empowerment programs. Today, the drinking water is flowing, safely and reliably to residents of Koshidekha. 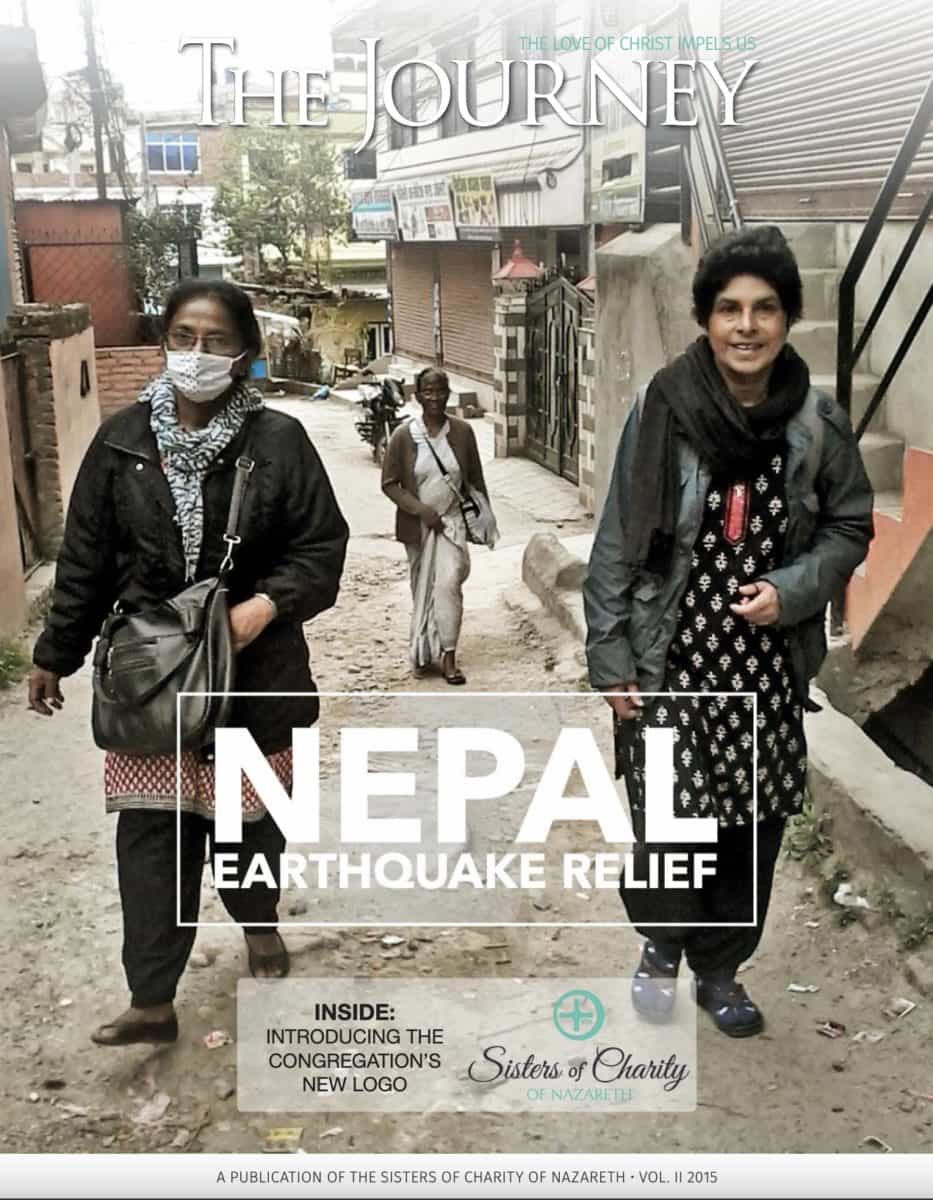 The cover of The Journey magazine in 2015.

Nepal Nazareth Society (Navjyoti Centre) Kathmandu, in collaboration with the local government and the people of Koshidekha, a very remote village 175 km away from Kathmandu, provided safe drinking water to 690 families. Sisters of Charity of Nazareth ( Nepal Nazareth Society), while working in this area for community development, Women Empowerment, and livelihood programs, realized their struggle for water especially after the earthquake of 2015. Sisters decided to help the people to find a solution to this problem. Series of meetings were conducted before the committee and groups were formed. Consultation with various experts in every sector was done during the planning and process for the formation of various groups. Members of the committee and various groups were given the opportunity to visit different places where projects for providing safe drinking water are successfully implemented, to make their work more sustainable and practical.

Feb. 13, 2018, was a great and memorable day in the life of the people of Koshidekha. The water project in Koshidekha was inaugurated on Feb. 13, 2018, with a Puja, a kind of prayer ceremony according to the Hindu custom as the majority of our people there are Hindus. Father Roy SJ, the director of Nepal Jesuit Social Institute, blessed the site asking God’s continued blessings. The Chief Guest was Mr. Mahesh Kharel ‘Mayor’ of Panchkhal Municipality. Other invitees were government officials, team members of Nepal Jesuit Social Institute, Sr. Lisa Perekkatt, SCN, Coordinator, Nepal/Himalayan Area, and the village leaders. Many people from the village were also present for the function.

Consumer Committee was formed and registered under the District Coordination Committee of Kavreapalanchowk District, “Sunkoshi Koshidekha Drinking Water Consumer Committee”. This committee is responsible for all the work that was carried out during and after the construction of this drinking water management system. Nepal Nazareth Society assisted them closely with the work process for the registration.

March 25, 2018, is a red-letter day in the history of Nepal Nazareth Society because our mega project i.e. Sunkoshi Koshidekha Water Project reached the next level where the most important and the most difficult task of working at the source of the river was completed with lots of hard work, dedication, and commitment. After the inauguration of the water project on Feb. 13, 2018, the contractors, consumer committee, NNS members, staff, and all the local people and officials had been working for the construction of the infiltration gallery near the water source. This infiltration gallery construction was really a challenging job because it was supposed to be built near the water source i.e Sunkoshi River and to work near such a huge river is considered very dangerous because there is a high chance of landslide & soil erosion as the soil near a water source is very loose and wet.

In the infiltration gallery that we have made, the treatment and filtration of water were kept as our first priority because the water that will be distributed from the gallery will be used for drinking and we cannot compromise regarding the health of the people. 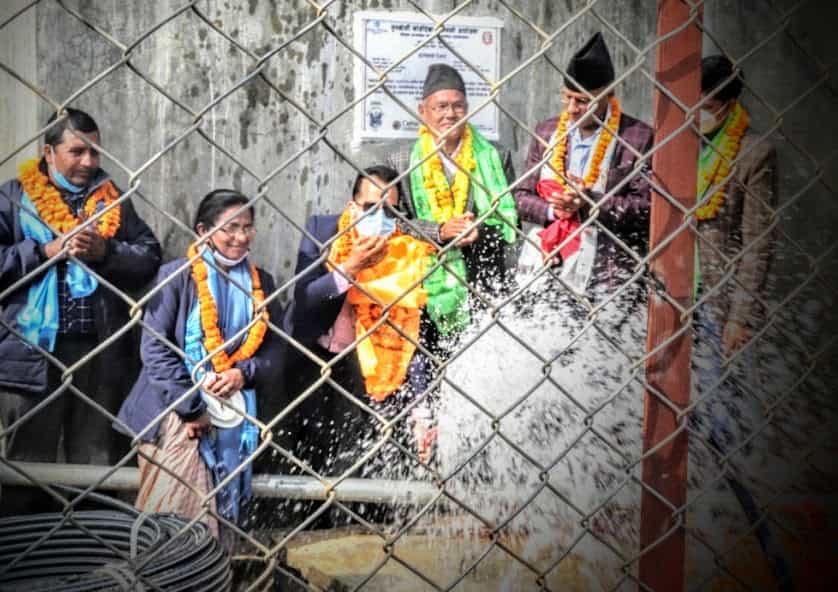 The major work that was done on this day was blocking the river from one side to stop the water flow until the construction was over. Cement rings were piled up with the help of an excavator and other materials were manually and by trucks filled around the well to make the structure and water supply system more secure and sustainable. Continuous, 20 hours of work was done by the team of workers which consists of engineers as the expert, members of the water committee as the supervisor, and manual workers including the society members and staff of NNS. Some of the village people also contributed to the manual work because a huge number of manual workers was required. Two JCBs, Two trucks, Three motor pumps, continuously worked to remove the water and mud from the site. The proper coordination among the team owns all the credit for the smooth operation and accomplishment of Infiltration Gallery.

Total Nine Water Tanks were constructed in collaboration with the local Govt. They are of 20,000 (1), 40,000(1), 60,000 (5), 200,000 (1) liters. We have also constructed outlets and chambers in each tank for water distribution, pumping, pipeline fittings, etc. Three powerhouses/ Pump houses are built near each New Electric Transformers.

In collaboration with the Nepal Electricity Authority, 64 electric poles and 3 transformers were installed to run the project. The people will have to pay a nominal charge for electricity, to use water and this fee will be used for the Maintainance of the same. Each family has received a water meter and pays the amount according to it. This is for the sustainability of the project. The total length of the pipelines connected in this phase was 5,918 meters.

There will be three operators who will be appointed from the village by the drinking water consumer committee. The water Project which started in January 2018 was successfully completed in December 2020. After the completion of the project, we had organized an Inauguration and handing over the program of the project to the consumer committee formed at the beginning of the project which consisted of the village people and was lead by Mr.Badri Prasad Khakurel (President).

Jan. 13, 2021, was an auspicious and big day to Nepal Nazareth Society because on this day our dream project was officially completed and was inaugurated and handed over to the people of Koshidekha. This project was started after so much hard work, brainstorming, planning. It was like an impossible job that we had successfully completed so each and everyone connected to this project was very happy on this day.

Also, the handing over of the keys of all the 3 tanks and pump houses, etc was done by Sister Aisha who was the director of this whole project. It was handed over to the ward president and water consumer committee. Keeping the part of sustainability and long term impact handing over of the project was done to the water consumer committee because it will run the project and every household that will consume water from this project has a meter in every tap in all the households and they will be collecting a nominal amount of money and this will be kept in their fund which will help them to operate the project smoothly and fix things even if there is any problem. This will also bring a sense of ownership of the project among the people. Also, for their security, we have also created an endowment fund in the name of the consumer committee of Rs.500,000/- so that in case of any emergency, this money will help.

Social auditing of the project was done on the same day, Collaboration, Participation and teamwork made a difference in our work. This program and this whole project was a huge success and we would like to thank all of our donors for their immense support and guidance which has helped us to move ahead in our work with full confidence and enthusiasm.

It was an opportunity for Sister Aisha and her team to work very closely with the people. Motivating them to realize they have to be responsible for making “ their Village” and owning it up. Forming different groups, making them part of the planning, decision making, and taking responsibility for the decisions made, and working with a team spirit taught us many things. Leaders learned to be responsible, empowered to go to the offices, ask for their rights, and involve other members in planning and decision making and in implementing the same. It is not only a project which provides water for 690 families but also a learning process for the people especially the leaders. It is indeed an example of systemic change, where people were motivated, learned that when we work in a team with collaboration and with total commitment, no challenges can stop us from reaching the goal.

During the handing over ceremony, the Chief Guest Mr. Mahesh Kharel, Mayor of the Municipality said in his speech,” NNS came as Angels and made it possible which was impossible for us” and another one added that they are not only angels but for us they are really the images of God, giving us hope and life making our lives easier, and we feel empowered. We used to get up at 4.00 a.m, walk more than two hours each time to fetch a pot of water daily.

It is a joy to see the happiness of the people in their shining eyes. In fact, the face of the village has changed. Now there is road, electricity, and water, Some of them have two-wheelers and couple of them minitrucks. We and the people of Koshidekha remember with gratitude all who helped us, supported us, and made it possible.

Let us thank the Lord together, 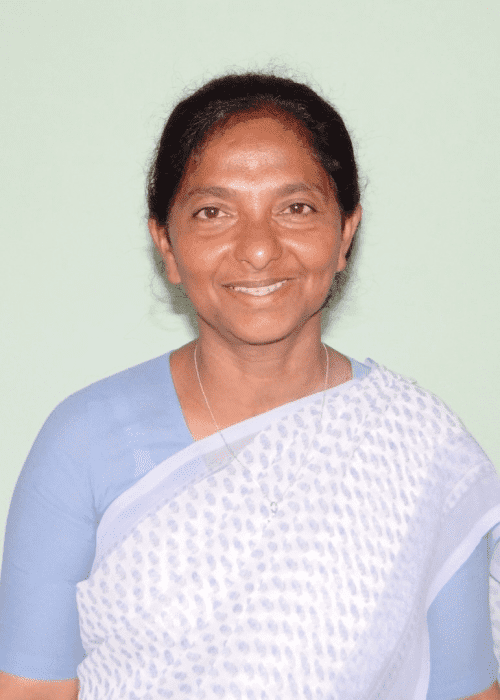