4th of July during a pandemic

The Sisters at Nazareth celebrated the Fourth of July “COVID-style”. Following a picnic supper, with everything but the ants, there was a short program. Sister Luke and helpers organized a really enjoyable program. She, of course, was the emcee and welcomed all to the first COVID-19 July 4th celebration, and hopefully the last!

First, there was a parade. Entries were given a name and decorated in all kinds of red, white, and blue. It began with a drum majorette, Sister Sarah Ferrial. She had done this in her younger days and still had all the moves. Sisters Rhoda Kay Glunk, Anne Magruder, Theresa Knabel, Anne Margaret Boone, Wilma Ross, and Janet Ballard had us oohing and ahhing. Sisters Kay, Anne, and Theresa were in their motorized vehicles. Sister Wilma raced along with her wheeled walker, Sister Ann Margaret pushed SIster Maggie Cooper (Sister Maggie is fine. Sister Ann Margaret wanted to push a wheelchair and Sister Maggie agreed to be pushed.)

Sister Janet Ballard pushed a wheelchair with “Miss COVID-19”. A picture is worth a thousand words so see the photos! 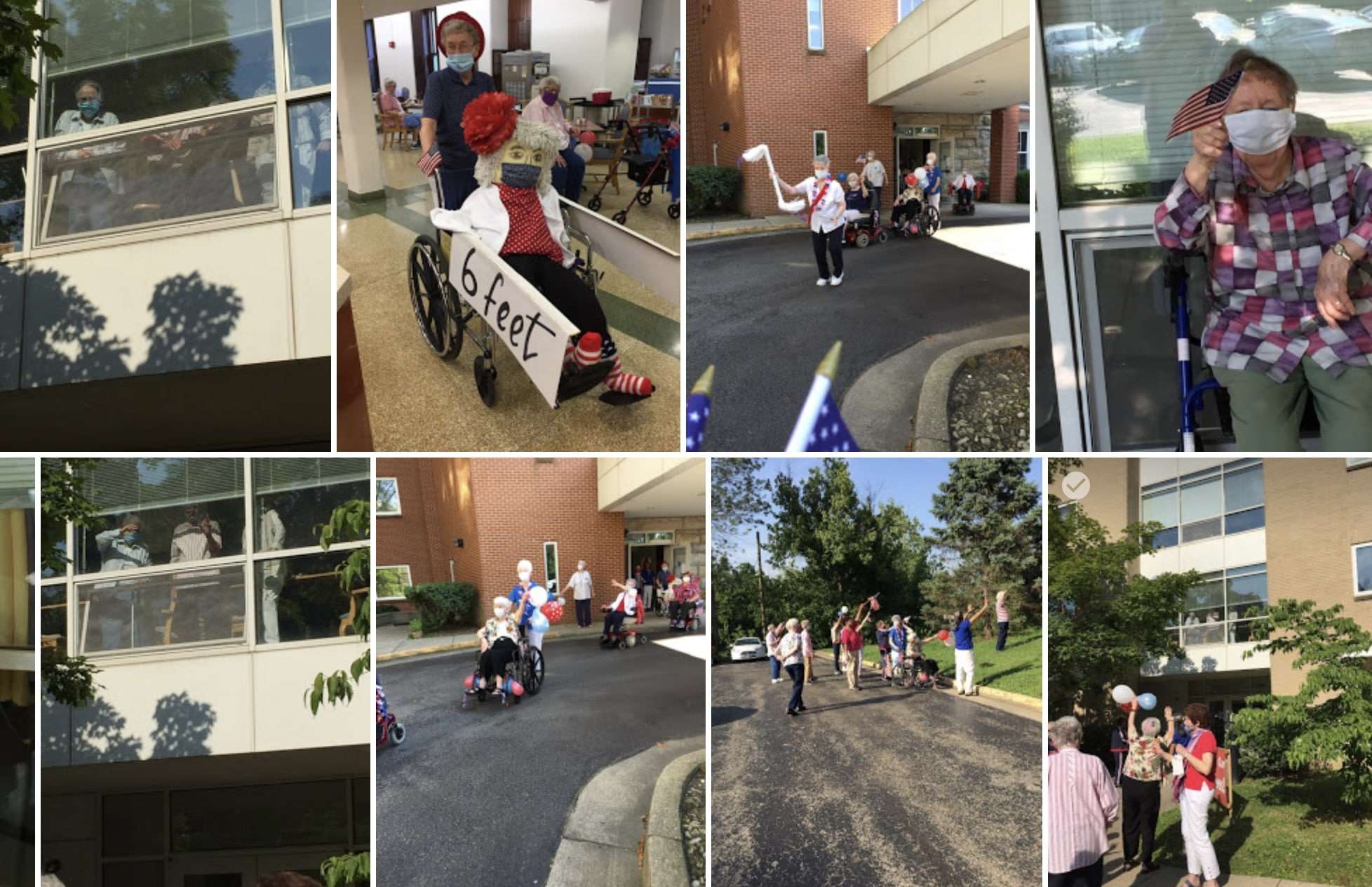 The program continued with remarks and humor from the “emcee”. There was a poem, recited jointly by Sisters Luke and Sarah.

The entire parade and some spectators went out to the carport parking lot under the windows so that the Sisters in Carrico could review the parade. We did have wonderful marching music thanks to Sister Kay and her phone and speaker.

Under the circumstances, it was the best Fourth of July celebration ever!